Blomqvist had been top of the times when the chequered flag fell in his Team RBM BMW M4 DTM and shaved a couple of hundredths off his best with an improved time of 1m16.323s.

But he was denied a second DTM pole by Wickens' later effort of 1m16.299s.

Mercedes driver Wickens secured his fifth pole in the series as a result, backing up his second-place finish and qualifying effort from a day earlier. 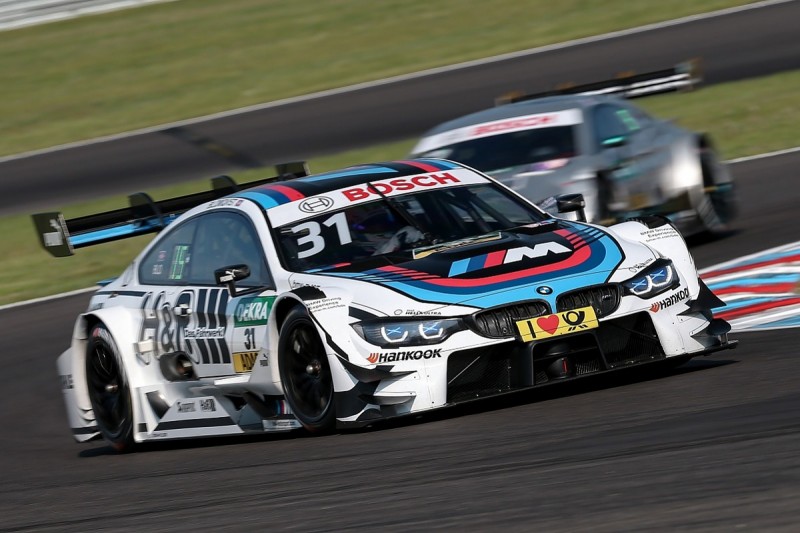 Behind Blomqvist, fellow Britons Jamie Green and Gary Paffett will share the second row after they also improved late on.

Audi man Green ended the session just 0.004 seconds shy of a place on the front row, while Paffett - who is second in the points - hauled his Mercedes C63 back onto the second row having been fast early in the session.

Blomqvist's team-mate Maxime Martin had been the early pacesetter in the first half of the 20-minute session but could not improve on his early benchmark and wound up fifth ahead of Rene Rast, fresh from his first podium in the series.

The Team Abt Audi RS5s of Nico Muller and Mattias Ekstrom will share row four ahead of the BMWs of Bruno Spengler and Marco Wittmann, while race one winner and current points leader Lucas Auer had a difficult session and will start race two from 15th.