Having started from pole, Auer negotiated the first corner with his lead intact and gradually pulled away from the chasing pack, only relinquishing first place during the pitstop phase.

Auer emerged with a seven-second lead over fellow Mercedes driver Robert Wickens when all drivers had completed their stops and cruised to the finish.

That gap came down slightly in the final quarter of an hour, but Auer had plenty in hand to win by a comfortable 3.613s - his second victory from three races at the start of the season.

The Austrian increased his lead in the championship to 34 points as a result. 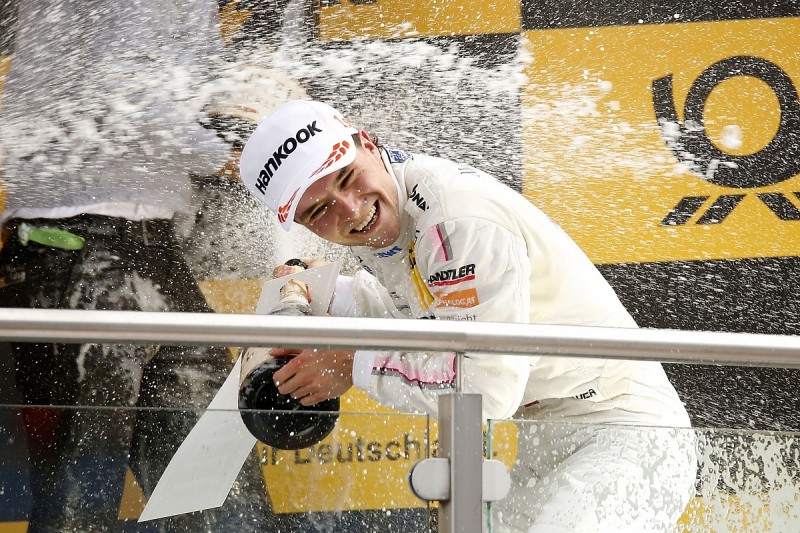 Wickens backed up a front-row starting spot with second in the race, jumping back ahead of Team RBM BMW driver Maxime Martin after the pitstop phase despite losing the position in the opening stint.

Team Rosberg driver Rene Rast was also able to pass Martin in the closing stages of to claim his first DTM podium.

Rast, who is contesting his first full season in the DTM having made three stand-in appearances last season, started fourth but came on strong after his pitstop and passed Martin for third with seven laps to go before edging clear.

Behind Martin, Mike Rockenfeller wasn't able to repeat his podium from the first race of the season at Hockenheim but once again perfected an early stopping strategy to claim fifth.

Having got his stop out of the way on lap eighth, Rockenfeller was later able to mug those emerging from the pits on colder tyres and was still able to push towards the end of the race, finishing just 0.150s shy of fourth place.

Gary Paffett was another driver to stop early and came home a solid sixth to move into second in the points.

Auer's team-mate Edoardo Mortara was the final driver to serve his pitstop and initially forfeited a handful of positions on cold tyres, but came on strong towards the end of the race and fought back past Mattias Ekstrom to claim seventh.

Audi Sport Abt driver Nico Muller's late retirement with brake issues promoted Maro Engel to ninth and Jamie Green to 10th, the Brit recovering from the back of the grid after he was excluded from qualifying for using tyres that had been assigned to team-mate Rast.