British driver Esmee Hawkey will continue racing in the DTM in 2022 after signing a new deal to stay with Lamborghini outfit T3 Motorsport.

The 23-year-old joined the DTM last year upon the series' switch to its current GT3 ruleset and was one of two female drivers on the grid alongside Abt Sportsline’s Sophia Floersch.

Hawkey secured a best finish of 11th at Assen last year, which translated into two points as guest drivers Mirko Bortolotti and Christian Klien were ineligible to score.

While Floersch won’t return to the DTM in 2022 and will focus on her European Le Mans Series LMP2 programme with G-Drive, Wednesday’s announcement ensures that there will be at least one female driver in the field this year.

The recently-appointed BRDC Rising Star will race with an all-black livery on her Lamborghini Huracan GT3 Evo in 2022, carrying sponsorship from ROKiT and ABK Beer.

“I’m over the moon to be returning to the DTM series this year,” Hawkey said.

“I loved every second of it in 2021 - my first year in GT3 machinery and my first time at many international circuits.

“I learnt an awful lot with the team at T3 Motorsport and I’m looking forward to taking that experience and building upon it this year. We achieved some great things together in 2021 so it’s brilliant that we’ll have the opportunity to grow that further.” 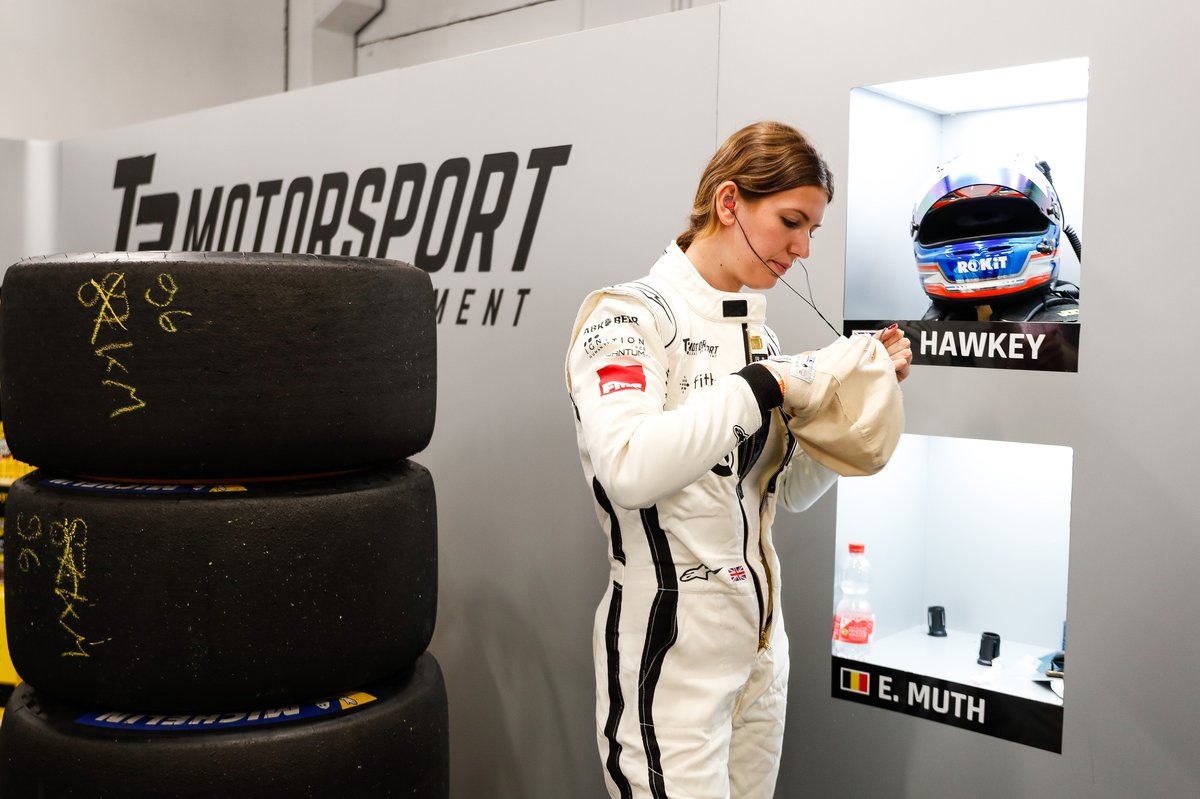 Prior to her foray into the DTM, Hawkey raced in the maiden season of W Series in 2019 before winning the Pro-Am class of Porsche Carrera Cup GB the following year.

“Our ethos at T3 Motorsport is to harness the potential of motorsport’s next generation, of which Esmee is at the very forefront of.

“Her performances last year were nothing short of excellent and, with the knowledge and experience of that under her belt, we look forward to taking another step forward in the series together this year.”

T3 Motorsport is believed to be working on a second entry for this year, with Lamborghini youngster Maximilian Paul the favourite to take the seat previously occupied by Walkenhorst BMW’s new signing Esteban Muth.

T3 will be one of the two Lamborghini squads on the grid this year, with Grasser Racing running four cars in the series year with factory support from the Italian supercar maker.

He'll be joined by a trio of DTM newcomers in Clemens Schmid, Alessio Deledda and Rolf Ineichen, although all have GT3 experience.

Sponsored: Why the new-look DTM is still a major player