BMW’s return to the DTM in 2012 with the new M3 yielded its first championship since 1989. Bruno Spengler fondly remembers the car that sent the Bavarian marque to the top, and secured him the prize he’d been working towards for eight years, in Autosport’s ongoing series

The BMW M3 that gave Bruno Spengler a long-awaited first DTM title in 2012 is perhaps an obvious pick for his favourite car. After several championship near-misses, the Canadian drove his Schnitzer Motorsport-run M3 to victory in four of that year’s 10 rounds and secured the title on the Bavarian brand’s return to the DTM after a 20-year hiatus. That also meant a perfect start to life at his new employer, following a career-defining switch from Mercedes.

Spengler had spent seven years with the Three-Pointed Star in the DTM, six of those with the leading HWA squad, and before then raced with Mercedes engines in the 2004 Formula 3 Euroseries. He’d managed runner-up finishes in 2006 and 2007, but had come closest to the title in 2010. Leading by 16 points after two wins from the opening five races, he headed the standings into the final round at a new Shanghai street track, but two crashes robbed him of confidence and he ultimately lost out to both eventual champion Paul di Resta and Gary Paffett.

The huge DTM experience that Spengler and reigning champion Martin Tomczyk, freshly arrived from Audi, brought to BMW’s programme made them the de-facto project leaders in a six-car roster that also included Andy Priaulx, Augusto Farfus, Joey Hand and Dirk Werner. The quartet were established BMW aces, but all new to the DTM. The late Schnitzer boss Charly Lamm, who had secured BMW’s previous title with Roberto Ravaglia in 1989, made a point of securing the services of Spengler and Werner - who had the most test miles under his belt - to lead his team’s assault.

Expectations weren’t huge given all the accrued knowledge of Mercedes and Audi, with BMW Motorsport boss Jens Marquardt stating pre-season that “it won’t be a failure if we don’t win a race this year”. However, the onset of new regulations that had enticed Marquardt’s predecessor Mario Thiessen to sign off on a return to the championship - with the carbonfibre monocoque and ECU among 57 spec components used under the new rules - gave BMW a fighting chance of living up to “the lofty ambitions” Marquardt professed to holding.

Spengler had logged his first miles with the 480bhp V8-powered M3 the previous November, as Mercedes “had a lot of sportsmanship and let me drive at the end of 2011 – that was a great gesture from them”. He says the new car made a strong first impression, thanks to the early development work done by his team-mates.

“I think it started already on the right foot, the basics of the car were already very good,” Spengler tells Autosport as we sit down at the Norisring where he is on DTM Classic duty for the reborn Schnitzer team in Johnny Cecotto’s 1998 STW title-winning BMW 320i. “BMW already made an awesome job at it from the get-go. 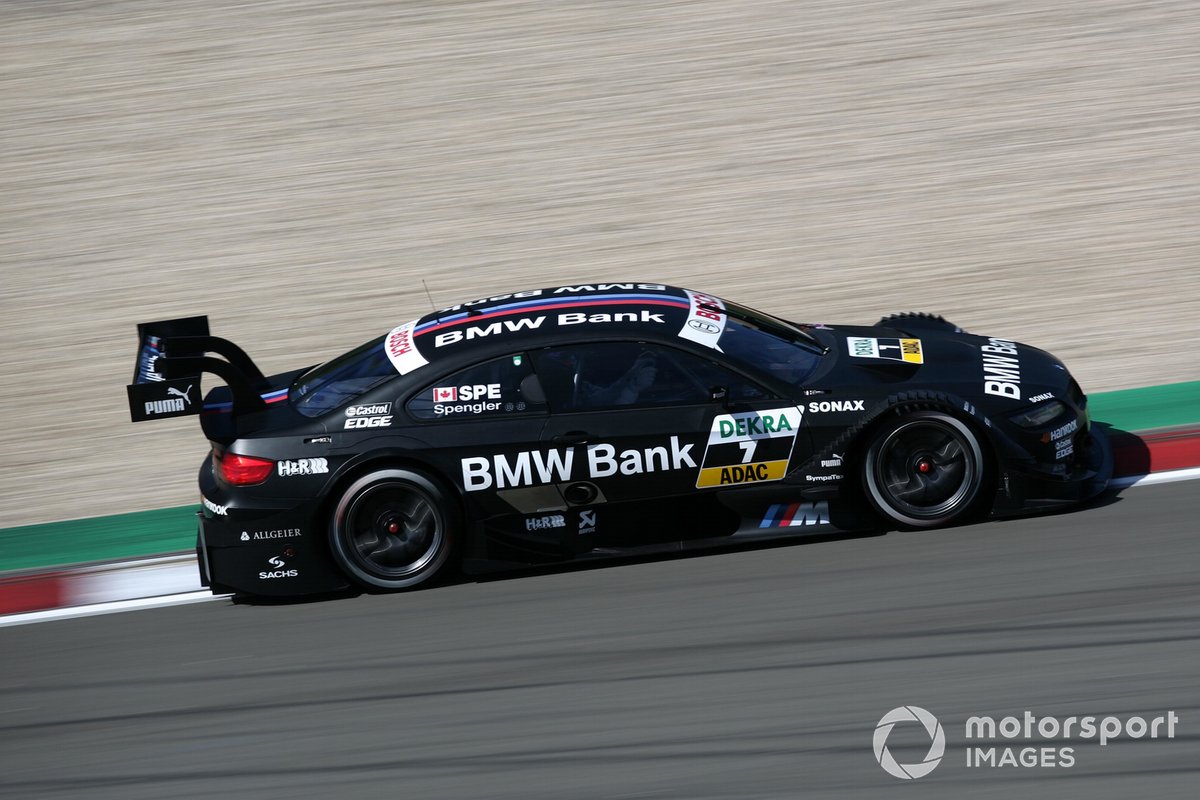 “We did quite a bit [of work] with Martin Tomczyk, we jumped in and with the experience of the past cars I drove in DTM, there were a few tweaks here and there that were done to improve the car to the right direction.

“It was difficult to arrive [as a new brand]. You didn’t have the car, you started from scratch. OK, the chassis was the same for everybody, but you had to do the engine, you had to do all the set-ups, all the aerodynamics, everything.

“It was a big challenge, but I have to say BMW has been incredibly reactive in bringing new stuff, test after test, consistently improving the car and being so open and so motivated.”

Spengler’s season began under a cloud in the Hockenheim season-opener, when he was an innocent victim in a pile-up triggered by Ralf Schumacher. But he put that to rights by converting pole to victory on only the M3’s second outing at the Lausitzring – the 50th series win for BMW and its first in the DTM since Ravaglia in the 1992 Hockenheim finale – after staving off race-long pressure from Hockenheim winner Paffett’s quicker Mercedes. Looking back, the speed with which BMW and Schnitzer achieved the maiden win fills Spengler with pride.

“All the team [at] Schnitzer, operating the car and doing everything, was great to work with. They were really racers from the bottom of their hearts. They were all the time flat out, day and night pushing, it was amazing” Bruno Spengler

“A race that I really have in memory was Lausitzring because it was the first victory with this car and it was victory number 50 in DTM for BMW,” he says. “I remember when I drove into parc ferme after the victory, I saw all the Schnitzer guys and all the BMW Motorsport guys that worked as one celebrating the victory with me, it was incredible.

“I have so many good memories from it, I still have goosebumps when I think about it, seeing all the guys there happy, this is definitely a big highlight for me.”

This, Lamm would point out later, was the race which promoted Schnitzer to readjust its targets and believe a title challenge was on the cards.

Second to Paffett at Brands Hatch, his title hopes took a knock – literally – at the Red Bull Ring when he retired following contact in a race Autosport likened to a destruction derby. That left him 40 points behind standings leader Paffett, but Spengler wasn’t to be deterred. 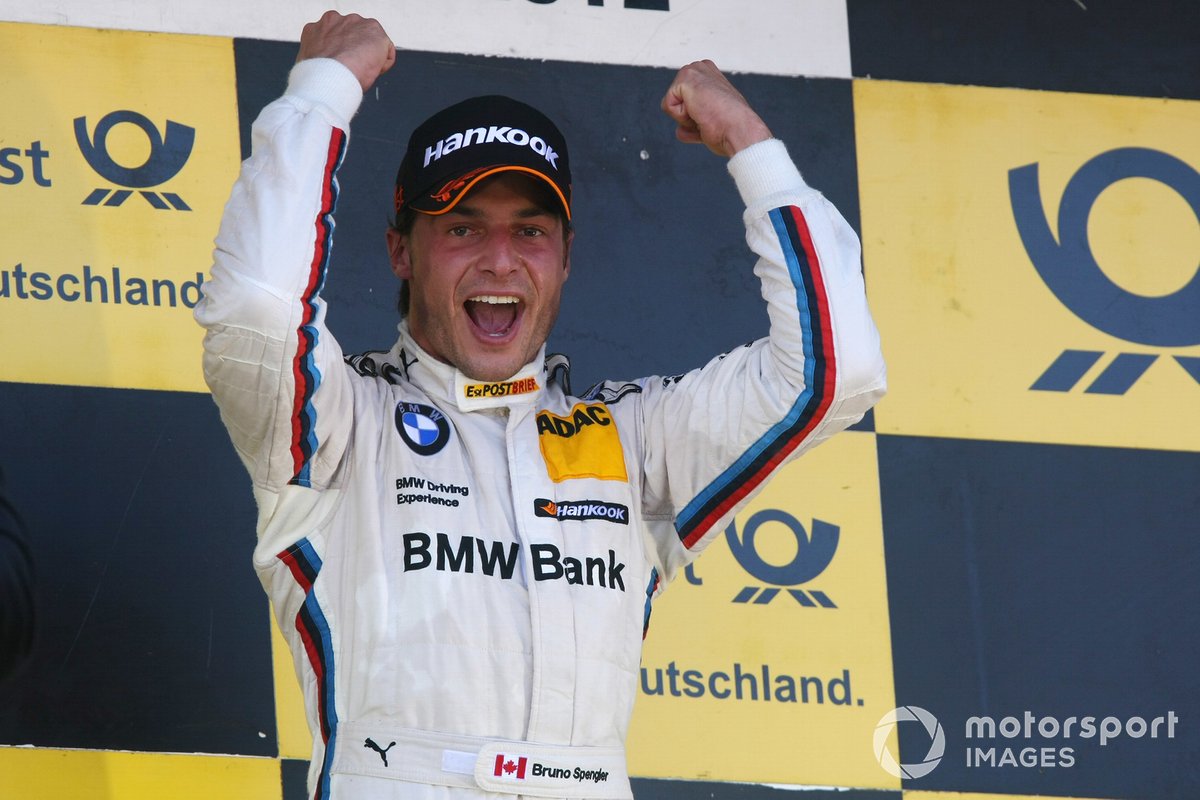 The Norisring contest was a race that truly got away from BMW, as Mercedes man Jamie Green passed Spengler and leader Tomczyk’s RMG machine inside the final three laps for a famous win. But Spengler still closed the gap on poleman Paffett, who was spun out at the first corner and ended up fourth.

Following a productive test at Magny-Cours, Spengler was utterly dominant at the Nurburgring and again beat Paffett at Zandvoort despite only finishing sixth after his rival was turned around by Tomczyk. Momentum was building.

“All the team [at] Schnitzer, operating the car and doing everything, was great to work with,” says Spengler, underlining his affinity with the M3. “I have so many great memories with these guys, they were really racers from the bottom of their hearts. They were all the time flat out, day and night pushing, it was amazing to be part of their team.”

A third win of 2012 came at Oschersleben in a near carbon-copy of the Lausitzring race as Spengler just held Paffett at bay, and he entered the Hockenheim finale only three points behind after an eventful Valencia round. Spengler recovered from a jump-start penalty in Spain to finish sixth after making up a host of positions late on, as Paffett retired following contact with Hand.

In the title decider, he jumped a wheelspinning Paffett off the line and was allowed into the lead by Farfus, who did the perfect job of delaying Spengler’s former team-mate to leave the Briton too far behind to mount a proper challenge in the winner-takes-all dash to the flag. At the first time of asking, BMW had won the drivers’ and manufacturers’ titles, while Schnitzer also snatched the teams’ crown.

Spengler’s title defence was ultimately derailed by a run of four consecutive non-scores in the second half of the season, but he still finished third in points and led a dominant BMW podium lockout at the Red Bull Ring. He was also the year’s top average qualifier.

The car was replaced for 2014 by the M4 that Marco Wittmann took to two titles, but Spengler only won twice with the car before bowing out of the DTM at the end of 2019.

“It was really hard from a new brand to arrive and to be able to produce a car with which you can win races, which BMW achieved in that first year and we won the championship,” says Spengler, in summing up the M3. “It was just awesome. This car was great.” 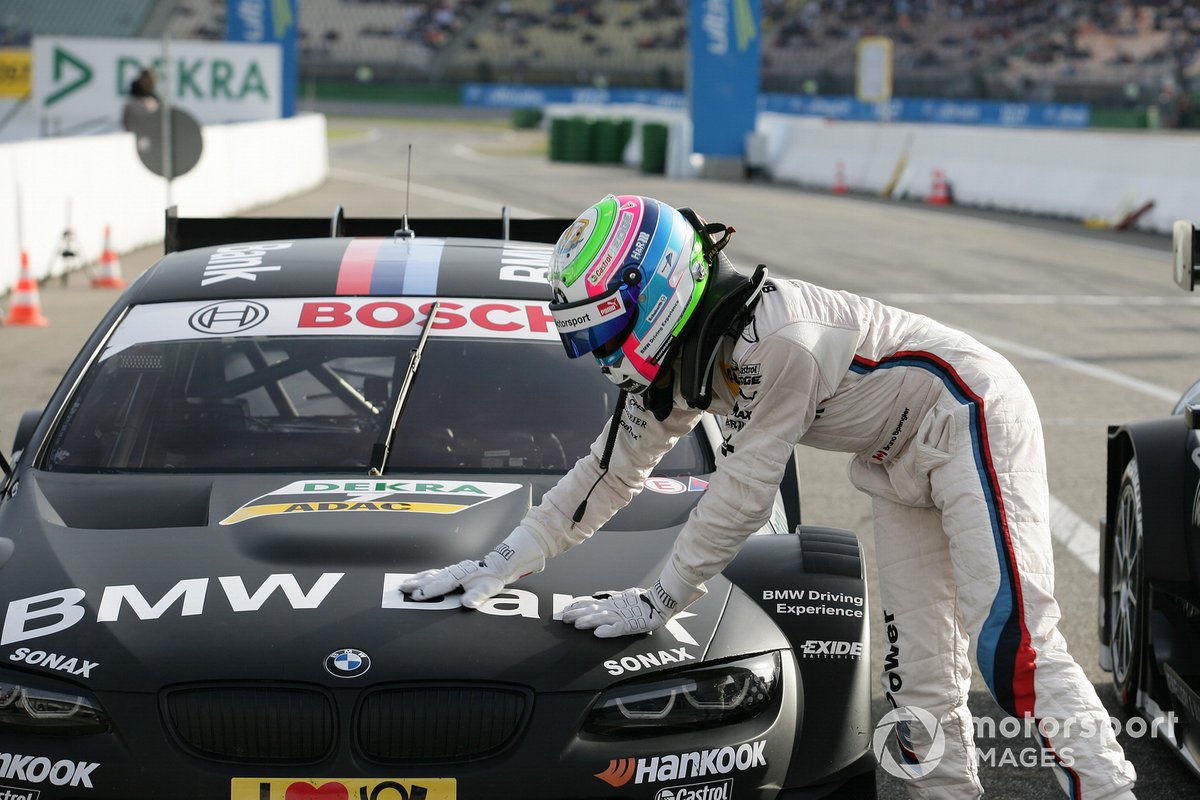 After his title-winning campaign, Spengler only won three more DTM races before leaving the series at the end of 2019