Michelin had originally advocated running the S9M hard tyre from its range for DTM’s first season with GT3 cars, but the series felt that such a durable tyre could have an adverse impact on the quality of racing, and eventually settled on a compound that is one level softer.

However, the decision hasn’t gone down well with Rowe Racing, which is expanding to the DTM this year with ex-Formula 1 driver Timo Glock and BMW youngster Sheldon van der Linde following victories in both the Spa and Nurburgring 24-hour races in 2020.

Team boss Hans-Peter Naundorf was critical of DTM making a decision that could have potential ramifications on the championship order at such a short notice, explaining that the S8 tyre would degrade after just “five to eight laps” on the BMW M6 GT3.

"I don't think the idea of racing with the S8 compound is particularly great," he said.

"That's because the tyre doesn't work with our car, unlike the S9.

"At first they said we would use the S9 tyre. Then we tested it, invested in it.

"And then at the Hockenheim test they suddenly say that the S8 tyre is now also there.

"We had a crazy degradation. After five to eight laps, the tyre was gone. Then you can only tell the driver to drive more carefully. You can't get a grip on that via set-up changes."

BMW’s current GT3 model, to be replaced at the end of the year, is based on the out-of-production M6 road car and ran with a turbo boost pressure of 2.064 bar at the Lausitzring test, compared to only 1.819 bar for the Ferrari 488 GT3 Evo, as per the BoP set by the DTM.

Asked why the M6 was struggling with heavy tyre degradation during pre-season testing, Nanudorf said: "You could just as well ask why Mercedes doesn't have a high level of degradation with this tyre.

"That is due to the design and the drive system.

"We have a turbo engine that works more like an electric motor and has a very high torque in the lower range. That's why it puts more load on the wheels. 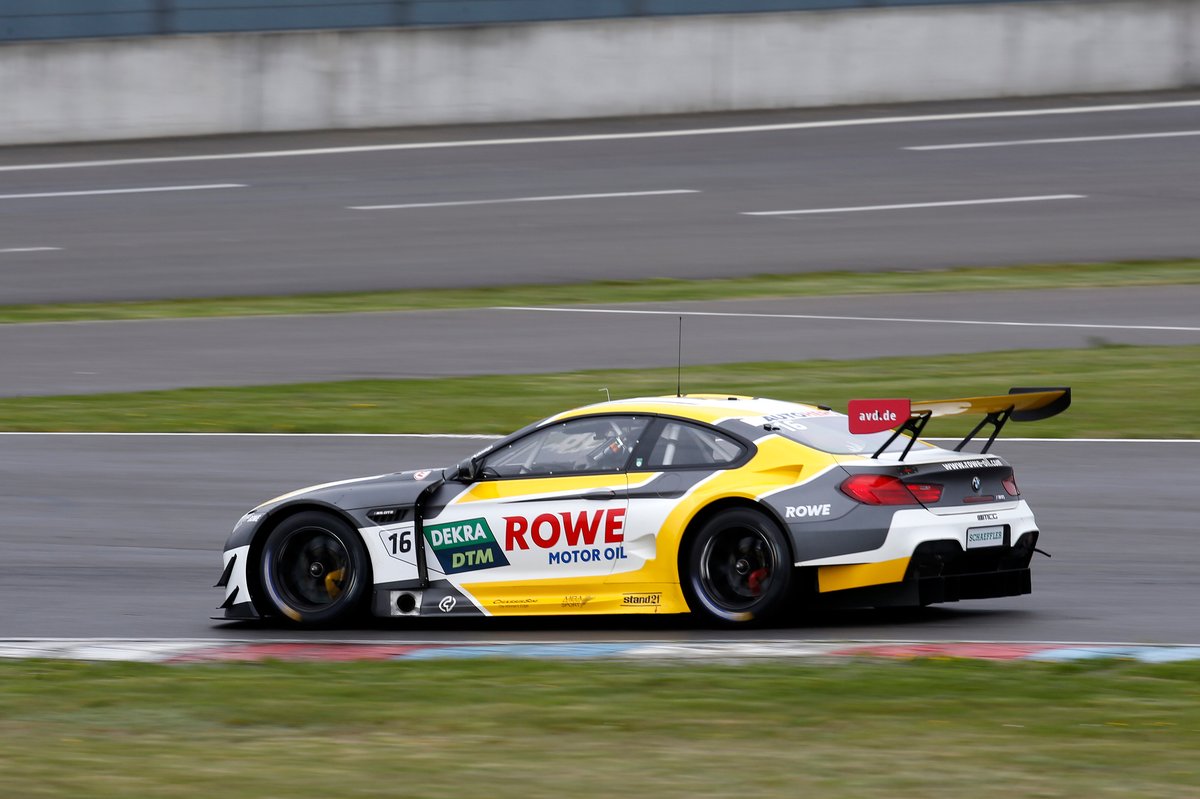 "The more turbo pressure, the more power comes from compression.

"The Ferrari is not so compressed and does not have such a [high level of] boost. Thereford, the turbo curve is rather flat and resembles a naturally-aspirated car.

"If I have a car with a light rear axle, because the car is very front-heavy due to the design, the wear at the rear is simply greater than with a pure-bred sports car like the Porsche or the Audi.”

Mercedes dominated both pre-season tests in the run-up to the opening round at Monza, with all seven of its cars finishing inside the top 10 at Lausitzring.

Although testing times aren't a reliable indicator of the performance between different cars as DTM’s partner AVL Racing is yet to finalise the BoP for 2021, Naundorf feels better tyre management could hand Mercedes a clear performance advantage over its rivals.

"It is a very mature vehicle, where the chassis concept and kinematics are very good,” he said of the AMG GT3.

“On the other hand, in certain conditions you have the problem of getting the tyres to work at all. So I expect the S8 compound to work very well on the Mercedes."