Onboard footage showed 23-year-old Auer fighting his Mercedes' steering wheel to get his C63 turned in, and his extra effort was rewarded with a first pole since September last year.

BMW rookie Eng had led for the majority of the session, and was still the only driver to dip under 26 seconds in the first sector, but his late improvement was not enough to match the rapid Auer overall.

Starting from third will be Bruno Spengler, the 2012 champion making a late improvement in lap time. He had only been sixth after the first batch of laps in the first half of the 20-minute session.

Practice pacesetter Pascal Wehrlein was fourth in his Mercedes, the 2015 champion having shown good form all weekend so far after a pair of top six finishes last time out at Hockenheim. 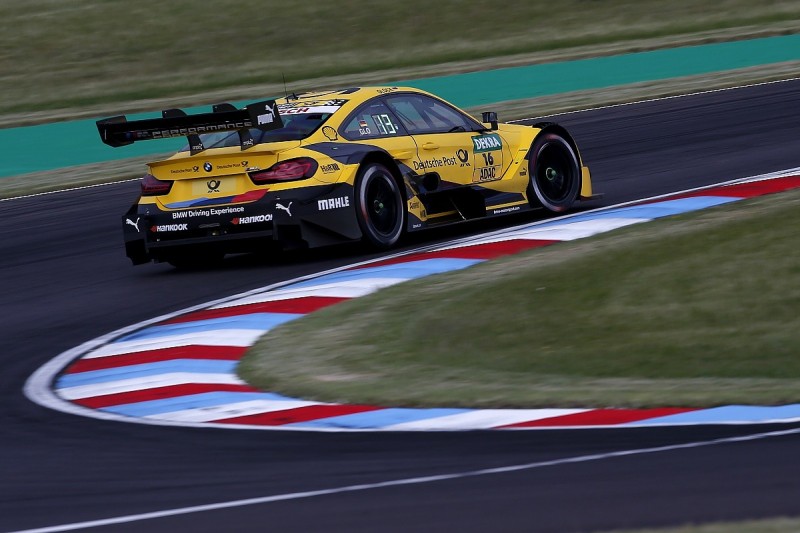 Points leader Timo Glock had been second after the first round of laps, but had to settle for rounding a place at the head of the third row in his BMW as others improved towards the end of the session.

Double champion Marco Wittmann, Edoardo Mortara and 2010 title winner Paul di Resta made sure there was an even split of four BMWs and four Mercedes in the top eight, although di Resta was lucky to complete the session after swiping the outside wall at Turn 1 with his right rear on his final run.

Audi's 2018 struggles continued as Nico Muller was its highest qualifier in ninth, ahead of stablemate Mike Rockenfeller - who had taken second in the first practice on Friday.

Hockenheim race one winner Gary Paffett was the most notable absentee from the top 10. He could only manage 14th in his Mercedes, one spot ahead of Audi's reigning champion Rene Rast.

The top 10 was separated by just 0.622s from top to bottom, while only one driver, Mercedes' Daniel Juncadella, was more than a second down.