Rast was clipped by team-mate Loic Duval at the outside of the long Turn 8 left-hander as he lost control on cold tyres after a safety car restart.

He was forced sideways, where his car dug into the grass and flipped into a somersault.

Rast went to hospital for checks and although he was uninjured, his car could not be repaired by his Team Rosberg squad in time for the second race of the weekend on Sunday.

"The target has been to have the safest touring cars in the world and if [a reminder] was needed at all, we got another element of truth that it is the case," Audi's head of motorsport Dieter Gass told Autosport.

"Safety has always been a priority for us - if you think back 20 years to Super Touring times, we were the first ones to introduce the carbon protection on the side of the roll cage.

"[It's] the concept of the DTM car from the regulations as it's laid out [that makes the car safe]."

Rast described the car as a "paper plane" as he explained how the destruction of the RS5 DTM during the incident had absorbed much of the impact and made sure he was not seriously hurt.

"If it was 20 years ago I think maybe the crash would have ended differently.

"The cage does the job and the carbon pieces look dramatic, but it's just like a paper plane.

"Once you crash it just folds and absorbs the energy.

"The job everyone did was perfect - the medical teams did an awesome job, I'm very grateful." 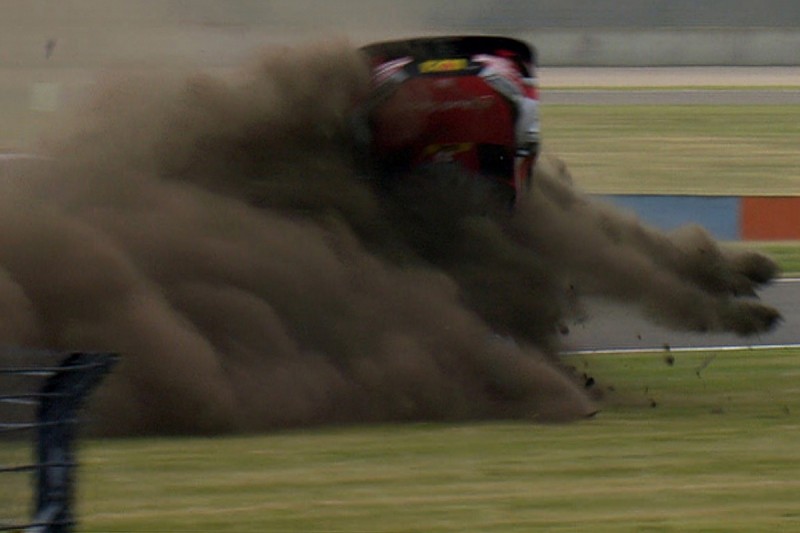 Gerhard Berger, chairman of the ITR organisation that promotes the DTM, confirmed it would be investigating the crash as a part of an ongoing safety review.

He referenced a high-speed crash at Turn 1 at the Norisring last year, where Gary Paffett - who had already hit the wall on the outside - span out of control and hit Mike Rockenfeller's Audi at high speed.

"We review safety all the time, we'll have a very good study of a crash like today's but we already have a very high standard," Berger told Autosport.

"This is one big advantage of DTM - [as a] concept we are very much controlling the safety standard and the possibility to have very close racing for reasonable costs.

"That was confirmed [with Rast's crash] and like last year at Norisring, where we also saw an extremely good performance."