Wehrlein's initial three-year DTM stint ended with the 2015 title for Mercedes, before he spent two seasons in F1 with the Manor and Sauber teams respectively.

After being dropped by Sauber in favour of Charles Leclerc for 2018, Wehrlein was brought back to the DTM by Mercedes and opened his year with two top-six finishes at Hockenheim before a taking podium at the Lausitzring last weekend.

Several regulation changes, including the loss of tyre warmers at the start of 2017, the introduction of spec parts and less downforce on the 2018 DTM cars, have brought the field closer together than it was during Wehrlein's last stint in the series.

But he says the main challenge in reacclimatising to the tin-top championship has been shedding his F1 style.

"After two years away you forget what was happening before," Wehrlein explained.

"I know when I'm 100% comfortable in the car, I'm a championship contender.

"There are still many things I need to improve and adapt, but I don't want to really think about the championship.

"Yes, it could be an option.

"We need to make some more progress and understand everything very quick." 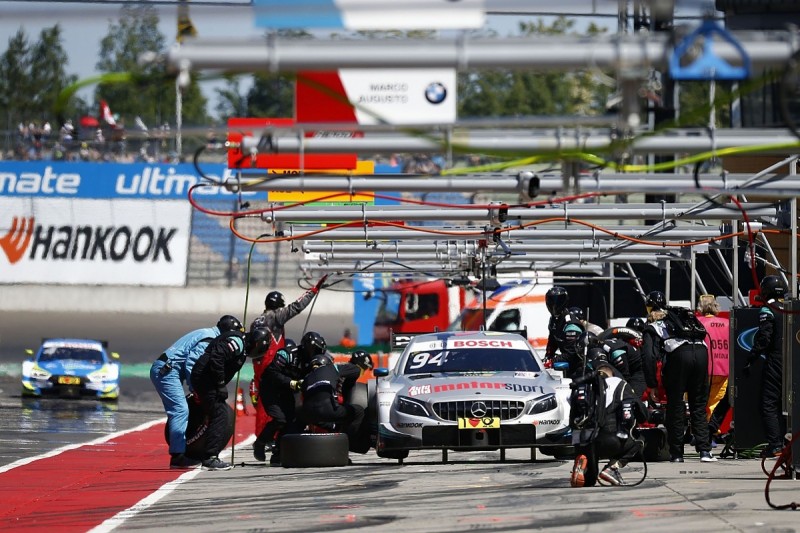 Wehrlein added that the tyres are the most noticeable change he has felt since rejoining the DTM grid.

"I nearly got my first pole position since coming back at Lausitzring [where he qualified second in race two], and in the race I just struggled with tyre degradation," he said.

"That's the main difference for me since 2015 [is] to understand the tyres, it's a different compound.

"It's faster for one or two laps but then the degradation is quite high."

Ex-Force India and Williams F1 driver Paul di Resta believes the consistency shown by Wehrlein on his DTM return means he remains a "threat" for the 2018 title.

Like Wehrlein, di Resta moved into F1 as a DTM champion - joining Force India for 2011 - before returning to the DTM after losing his place on the grand prix grid.

"It's always hard to come back and adapt your driving style, but Pascal is young and still keen to show what he can do."