Mortara made two lunges at Turn 1 on the early stages of Sunday's race, on both occasions robustly forcing Eriksson to the outside.

In the first instance, there was contact and he gave the place back, while in the second incident there was no contact but he was still penalised.

"I'm massively frustrated, how can I not be frustrated with the race?" said Mortara.

"It's crazy. There wasn't any contact in the second incident.

"But I still didn't leave the racing line, but I gave back the place and I'm fine with that.

"The second one, I cannot understand the decision and with decisions like this you kill the championship.

"Unfortunately with these kind of decisions you kill a little bit the sport.

"Especially for me it's very frustrating. For Mercedes it was a good day with a one-three.

"But still I think we could have had more cars in the top 10.

"With decisions like this in DTM, DTM will go nowhere to be honest." 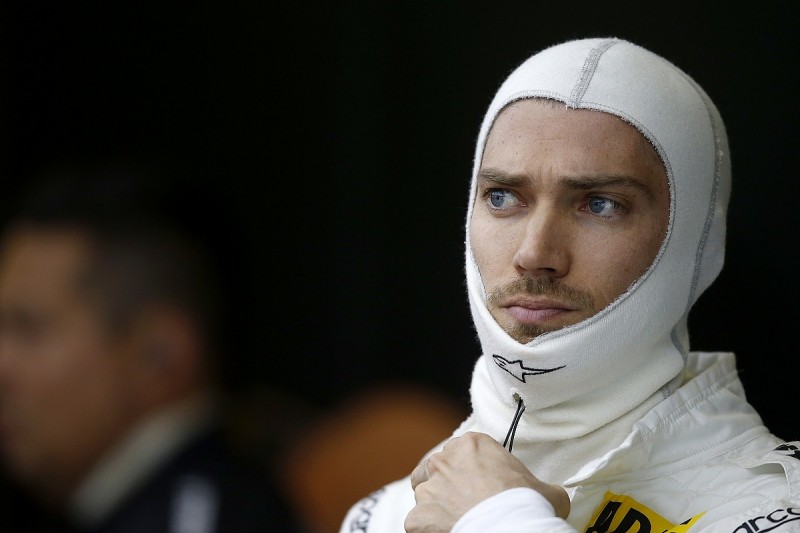 Gerhard Berger, the chairman of DTM organiser the ITR, disagreed with Mortara's statements.

"As a former racing driver I know that you sometimes are quite emotional right after the race," he said.

"Firstly it is important to know that not the DTM but the sanctioning body DMSB is in charge of evaluating and punishing possible offenses on track.

"I agree that one can discuss the decision against Edo, however, whether it's Formula 1, MotoGP or football, from a professional sportsman I expect that he respects the judgement of sporting authorities and makes comments in a respectful manner.

"Secondly the Lausitzring event has proven that DTM still is in full bloom.

"Edo did a great job in the first race on Saturday while in the heat on Sunday he may have been still a bit overwhelmed from his victory the day before."

Mortara finished 11th after he had to avoid Eriksson in a later incident. He put a wheel off the track and had to swerve left into the pitlane entry in avoidance, forcing him through the pits.

Mercedes drivers Daniel Juncadella and Paul di Resta were fined €3000 each after drinking fluids before being weighed, which contravenes parc ferme regulations.

When weighed, both drivers were well over the minimum weight so the stewards elected to fine them rather than change the race result.

Di Resta had started 14th and finished fourth by pitting earlier in what proved to be the optimum strategy for the race.

Juncadella started 10th but fell back to 12th by the end of the race after pitting at the same time as Mortara.