Mortara lost the crown to BMW's Marco Wittmann by four points, and was in a position to score at least eight in the first race at Zandvoort when he was called in from sixth place to serve a drive-through penalty.

Mortara was one of two Audi drivers judged to have exceeded the maximum speed allowed under the virtual safety car, but subsequently it was found that the GPS systems monitoring the speeds were faulty.

As a result, officials suspended the use of drive-through penalties for VSC offences in the Sunday race at Zandvoort.

Immediately after the series finale at Hockenheim, Audi DTM boss Dieter Gass said he was unhappy, despite Audi securing the manufacturers' title and the Audi Sport Team Abt Sportsline duo (Mortara and Mattias Ekstrom, with Ekstrom replaced by Mike Rockenfeller at the final round) winning the teams' crown.

"Those two championships and the [race] victory is one of the most bitter victories we have had," said Gass.

"We must think of Zandvoort, where Edo was penalised for no reason.

"We should have been in a position to have a party to celebrate three championships and we are not, and it's really difficult at this moment to digest that." 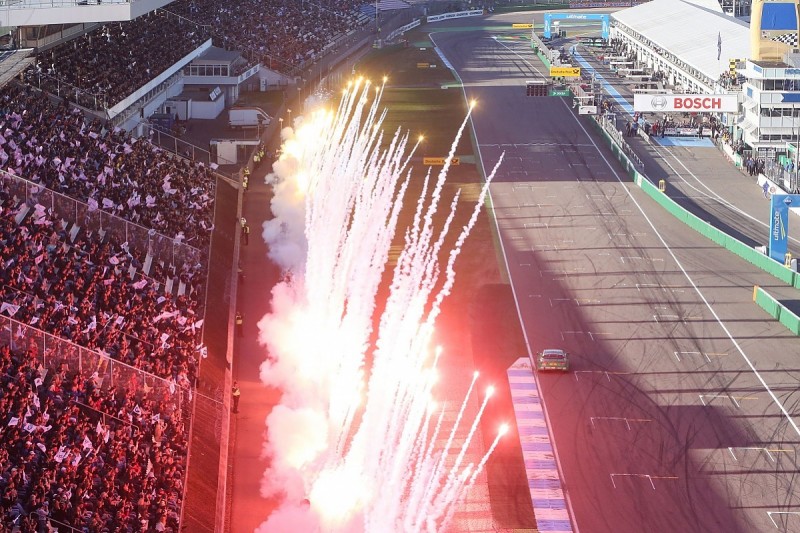 But Gass did admit that a problem-free weekend at Hockenheim for Mortara - who qualified outside the top five for both races - could have swung the verdict Audi's way.

"At the end of the day you have a season where many things go right and many things go wrong, and if Edo had a proper clean weekend he could have won both races [and the championship].

"But the problem with Zandvoort is that wasn't an if or a but, it was a mathematical one, and this is why it's so difficult to accept."

Mortara himself was more philosophical.

"The decision at Zandvoort would have been enough maybe," he said.

"But obviously there are always things you can improve - you know, I could have stayed more calm in some races.

"Overall I have to be happy - I won five races and three of them were after starting from P6."