BMW ran a special livery for Zanardi, acknowledging the two golds and one silver he won at this summer's London Paralympics after losing both legs in an Champ Car accident in 2001.

"I am overjoyed to have been given the opportunity to drive the BMW today," said Zanardi, who raced regularly for the German manufacturer in the European and World touring car championships between 2004 and 2009.

"This is a very special day for me, and one I will always remember fondly. I would like to thank everyone at BMW who has helped make this special moment possible for me."

A number of changes were required to make the test possible. While they would not be suitable to be used under race conditions, they did allow Zanardi to complete the demo.

Accelerator and clutch pedals were removed and the brake pedal was shifted to the right in order to allow Zanardi to brake with his prosthetic right leg. He operated the accelerator with his left hand on the steering wheel, while he was able to change gear by pushing and pulling the shift paddle. 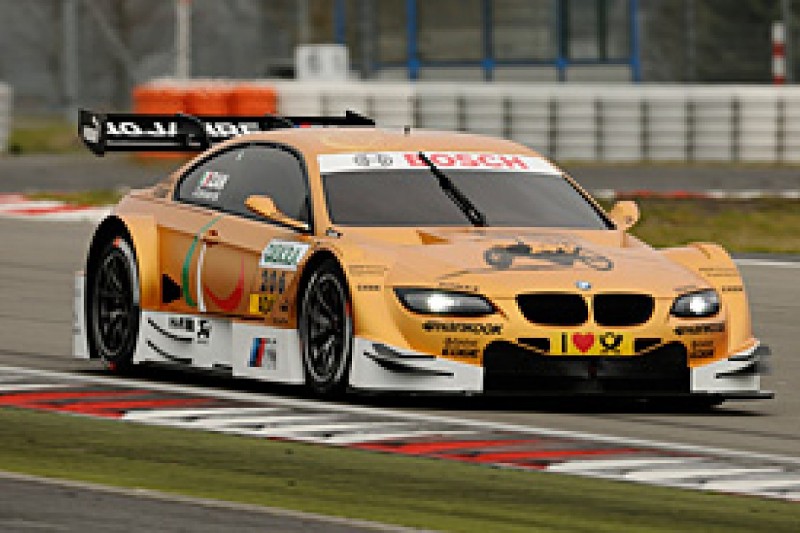 "It was a challenge to modify the car to meet my requirements and I am surprised just how quickly the BMW Motorsport engineers managed to complete the necessary modifications," said Zanardi.

"I had great fun out on the track. When I first saw the golden car I was overwhelmed."

Zanardi said that although he enjoyed the car he believes a DTM campaign is unlikely.

"I still have a passion for racing," added the 46-year-old Italian. "However, I'm not sure whether our demonstration drive will be anything more than just that, as the level in the DTM may possibly prove to be too high for someone of my age."

BMW motorsport director Jens Marquardt said: "I am delighted we have taken on this adventure successfully with Alex.

"For years he has been a valued member of the BMW Motorsport family and is a great role model for us all. Despite his handicap, he approaches every challenge with great optimism and passes every test with flying colours.

"As we have seen today, the challenge of driving the technically complex BMW M3 DTM also proved to be no obstacle for him."

DTM review: BMW back at the front

Magazine: Behind Audi and Porsche's plans to conquer F1

What the DTM’s scariest corner meant for Lausitzring lap times

Cassidy “really pleased” by pace on DTM return at Lausitzring

The Lamborghini talisman leading his troops to DTM success