Philipp Eng set the overall pace for BMW Team RBM as the DTM's four-day pre-season test got underway at the Nurburgring on Monday.

The series was due to get underway at Zolder on 24-26 April before taking in trips to the Lausitzring, then three new venues at Igora Drive in Russia, former Swedish Grand Prix venue Anderstorp and Monza, before its traditional visit to the Norisring street circuit in July.

However, the coronavirus pandemic has resulted in the postponement or cancellation of the aforementioned rounds, including the Norisring, with Spa returning to the calendar for the first time since 2005 to host the first round on 1-2 August.

The Nurburgring test will be the sole running teams will be permitted before the season begins and act as as an off-track rehearsal for the championship's new countermeasures against the coronavirus, with strict distancing procedures, limits on attendees, and hygiene rules imposed.

Eng's lap remained unbeaten throughout the day, although Audi Team Abt driver Robin Frijns ended up within a hundredth of a second of the Austrian with his quickest time of 1m19.214s.

WRT Audi driver Ferdinand Habsburg finished just over a tenth behind in third, with 2013 DTM champion Rockenfeller shuffled down to fourth in the final order. 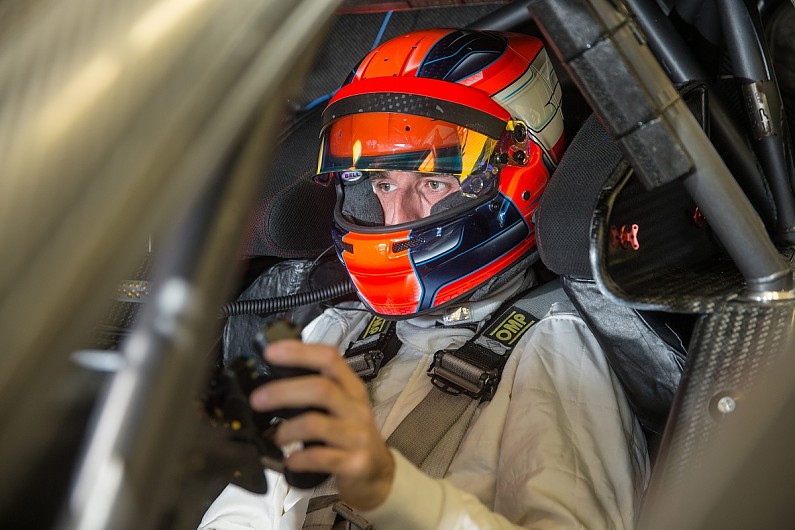 Reigning champion Rene Rast made it four Audis in the top five, while Sheldon van der Linde was BMW's second quickest runner in sixth - 0.307s off the pace of RBM stablemate Eng.

BMW RMG's Marco Wittmann was three tenths further back in seventh after spending several hours in the pits with an unknown issue, while series debutant Fabio Sherer was classified eighth in the second of the two WRT Audis.

Formula 1 convert Robert Kubica propped up the timesheets in the ART-run BMW, finishing 1.315s off the pace in his first DTM outing since last December's rookie test at Jerez.

Most of the day's quickest laps were set in the morning, with Rockenfeller topping the times in afternoon with a time of 1m19.836s.

Audi led the mileage count on the opening day of the test, with the three cars from the Ingolstadt-based brand - which is due to leave the DTM at the end of this season - completing 585 laps in total compared to the 383 laps by BMW runners.

Nearly a third of BMW's tally came courtesy of Kubica, who completed a total of 115 laps as he gets accustomed to the M4 ahead of his series debut at Spa.