Sebastien Loeb moved up to second in the Dakar Rally standings by claiming yet another stage win on Friday, as Nasser Al-Attiyah maintained his grip on the overall lead.

Carrying his impeccable form into the final days of the two-week rally-raid, Loeb picked up his fifth consecutive stage win on Friday’s 185km test between Empty Quarter and Shaybah, beating Audi’s Mattias Ekstrom to the top spot by 3m19s.

As was the case in the first half of the two-day marathon stage on Thursday, the Bahrain Raid Xtreme driver led from the very beginning in his Prodrive-built Hunter, grabbing the lead at the first checkpoint and steadily extending his advantage up front.

He also managed to gain time on his rivals in the final 29km section to the finish, which mostly featured sand dunes, to clinch his sixth win from 12 stages so far.

It was Toyota’s Al-Attiyah who initially emerged as Loeb’s closest challenger in the early part of the day, trailing Loeb by 1m46s at the second checkpoint located 87km into the stage.

But Ekstrom was able to reel in Al-Attiyah and eventually secure the runner-up spot by just 12 seconds, bringing some consolation for Audi after a disastrous seven days that saw both Stephane Peterhansel and Carlos Sainz retire following separate crashes.

Despite losing out to Ekstrom towards the end, Al-Attiyah was still comfortably the top Toyota finisher on Friday, with the next-best Hilux of Overdrive racer Yazeed Al-Rajhi finishing down in eighth place with a time that was more than 10 minutes slower than Loeb’s benchmark.

Fourth-place on the stage behind Al-Attiyah went to GCK Motorsport’s Guerlain Chicherit, while Jakub Przygonski put the X-raid Mini entry in fifth.

Mathieu Serradori was sixth-quickest for Century, while Martin Prokop landed a respectable seventh-place result for Benzina. 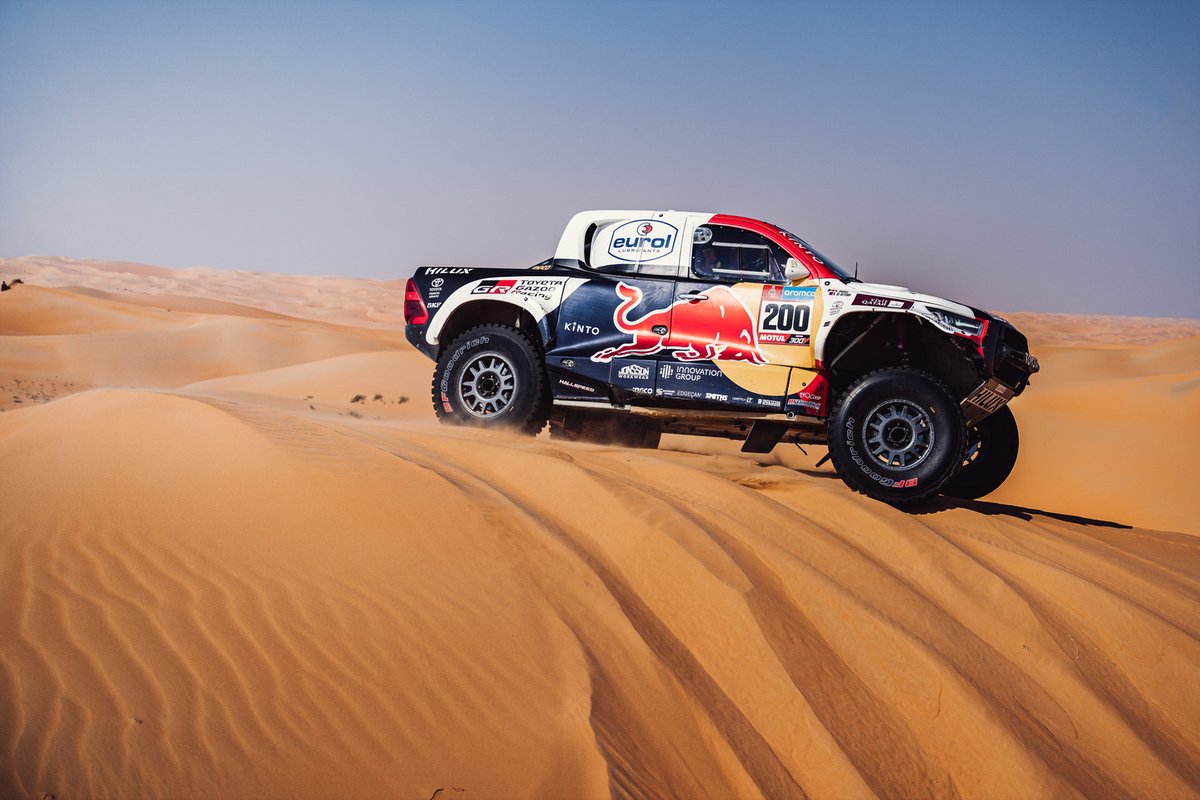 In the overall standings, Al-Attiyah still enjoys a hefty 1hr27m10s lead with just the final two stages to run, putting him on the cusp of a fifth career victory in Dakar.

Loeb’s unbeaten run in the second half of the rally has elevated him to second in the general classification and he is now on course to equal his best-ever finish in Dakar from 2017 and 2022.

Loeb was able to claim the provisional runner-up spot from Lucas Moraes after the Overdrive debutant endured a difficult Stage 12, conceding 11m38s to the Frenchman en route to a 10th place finish.

Behind the leading trio, Toyota’s Giniel de Villiers overtook teammate Henk Lategan to move up to fourth overall after the latter lost more than 20 minutes early in the stage, ostensibly due to mechanical troubles.

Le Mans 24 Hours winner Romain Dumas, who held seventh spot overnight, had yet to complete the stage at the time of writing and is set to drop down the order.