The two-time World Rally champion has been weighing up his future options since, with moves to both the Toyota Gazoo Racing outfit and the X-raid Mini team a possibility for the 2019 Dakar.

Sainz tested both the Toyota Hilux 4x4 and the Mini John Cooper Works Buggy in Morocco in spring.

Both teams are said to have been impressed with Sainz's performance, with a decision on whether to join one or the other - or retire from competition altogether - entirely down the Spaniard himself.

A Toyota spokesperson told Autosport: "Sainz was testing the Hilux in Morocco and the test was really positive.

"We keep talking and negotiating with him every week and we are waiting for a decision." 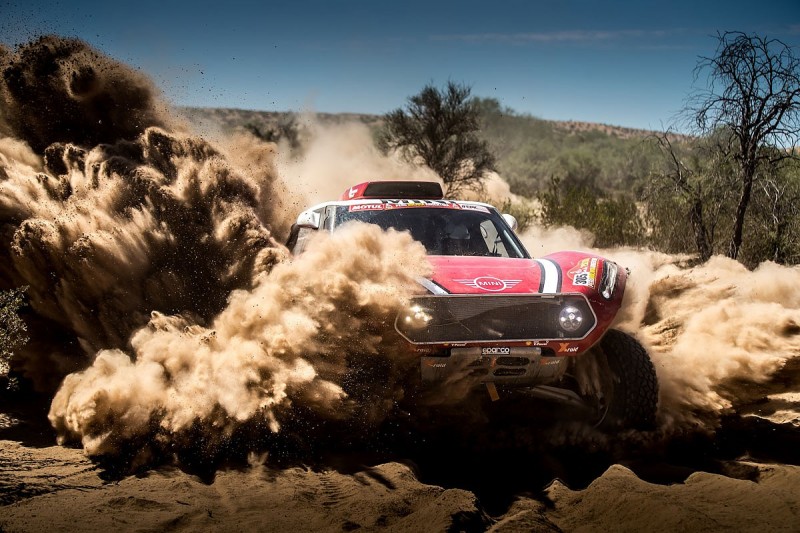 X-raid boss Sven Quandt declined to comment when contacted by Autosport about the prospect of Sainz joining the team.

The next major event on the cross-country rally calendar is July's Silk Way Rally, where X-raid will be represented by Nani Roma - making his return to competition after sustaining head injuries on the Dakar - and Al-Rajhi.