Power Maxed Racing has signed a three-year deal to run new Astras in the series, and initial work has begun on the cars at the team's base in Bidford, Warwickshire.

Vauxhall was one of the mainstays of the BTCC over the last three decades, including taking four straight championships for the Astra Coupe model from 2001 to 2004. It withdrew as a factory operation at the end of 2009.

Power Maxed Racing team boss Adam Weaver said: "When we came in to the BTCC in 2015 with two Chevrolets, we set ourselves an ambition to win the title within five years.

"That might seem quite ambitious, but there is no point being here unless you are out to win.

"I started talking to manufacturers at the end of our first season, and things progressed.

"By securing this deal with Vauxhall, I think we are going to surprise a lot of people."

Weaver said no racers have been signed up for 2017 yet, but he was in negotiations.

"I would say we have about six drivers on the list," he added.

"We are talking to a lot of people and it is important that we get the decision right." 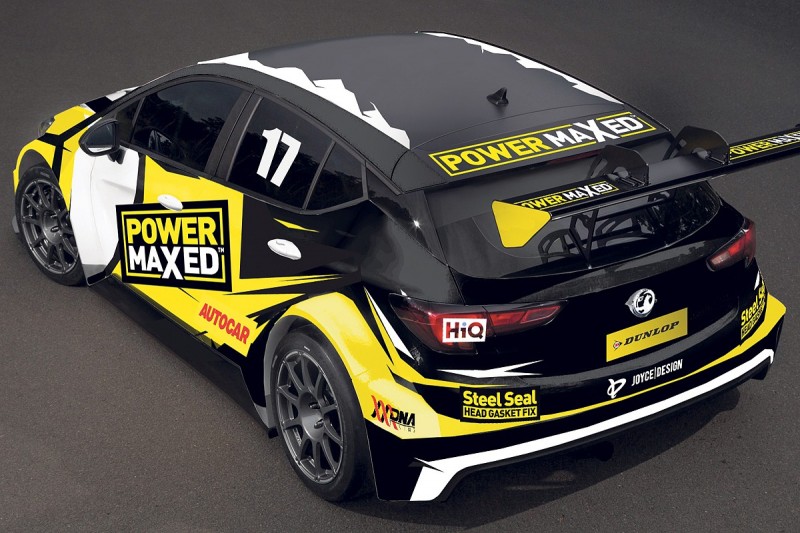 Power Maxed will create the cars in house, rather than sub-contracting the build of the hatchbacks to another firm.

The team is aiming to have the first example of the two-litre turbocharged car running by mid-February next year, with a second example to follow two weeks later.

They will be fitted with the new version of the Swindon Engines-derived BTCC TOCA powerplant, which the team was entrusted with running the development version of during the 2016 campaign.

BTCC series director Alan Gow said he was delighted to be adding another manufacturer to the entry list, with the Vauxhall effort joining Honda, BMW, Subaru and MG as factory-supported teams in 2017.

"It is fantastic to be welcoming the Vauxhall Astra back to the BTCC," said Gow.

"Its history and pedigree is there for all to see, and I have no doubt that the highly professional and experienced team at Power Maxed Racing are capable of being great partners to represent this iconic model."

Power Maxed Racing's deal with Vauxhall is part of a business partnership. Power Maxed is part of the Automotive Brands company, which will help Vauxhall to access further business opportunities.

Josh Cook and Dave Newsham drove for the outfit in 2015, with Cook scoring a podium finish at Rockingham. In 2016, Hunter Abbott handled one of the cars with the second shared between Emmerdale actor Kelvin Fletcher and Newsham.