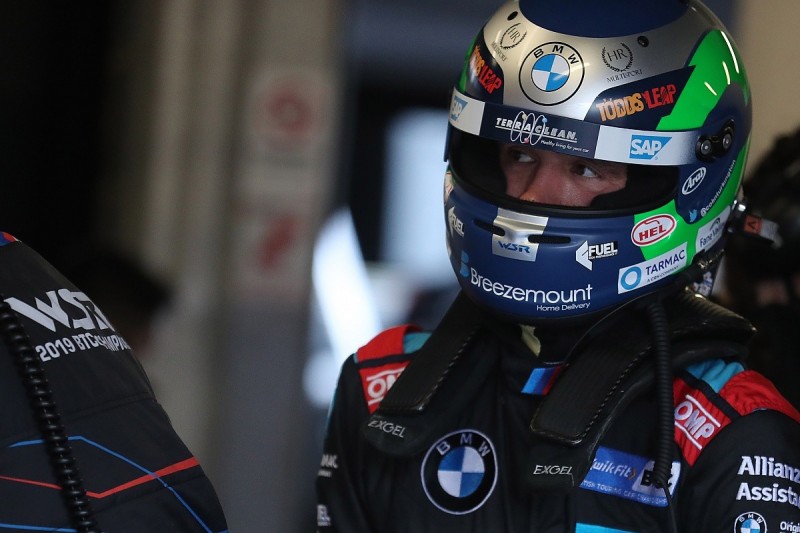 Turkington has been penalised two seconds for passing Dan Cammish under yellow flags on the penultimate lap of the race, dropping him one place to fourth behind Cammish in the results.

The move came as both Turkington and Cammish avoided the Audi of Paul Rivett, which had spun at Paddock Hill Bend and come to rest broadside across the track.

At the time they were lapping the Vauxhall of Brad Philpot, and it appeared that this car meant Turkington was unsighted until the last minute.

Turkington miraculously avoided Rivett, but in the process of doing that he passed Cammish under what transpired to be yellow flags.

"I'm just thankful I avoided him," said Turkington in the immediate aftermath of the race.

"That [a spun car broadside] is the biggest shock you can have as a driver.

"Paddock is blind, there were no yellow flags, and I dived right and I thought Dan was on my inside.

"Those are the bits of luck you need to win this championship."

The results switch brings race one winner Cammish slightly closer to the points lead - the Team Dynamics Honda man is now 20 adrift of 2017 champion Sutton, but has only the slightest of mathematical chances.

It also lifts Turkington one place on the reversed grid - he will now start the finale from ninth - but under BTCC rules he has to keep the success ballast from his finishing position of third, so he will have 48kg aboard his BMW 330i M Sport.

Sutton will start from 12th, with 60kg on his Infiniti Q50, and Cammish will be 10th on the grid, with 42kg bolted into his Honda Civic Type R.