Goff is looking to rebound from a disastrous three races at the last meeting at Croft in June, having finished on the podium three times in 2018 - including his win at the Brands Hatch opener aboard his Eurotech Racing Honda Civic Type R.

His Croft woes dropped him from third in the points to seventh, but he says his testing pace has given him the springboard to fight back when the championship resumes at Snetterton.

"Today was largely about long runs, to be honest, and not about our one-lap pace, but it's always nice to be quickest," said Goff.

"It's just nice for everyone in the team as we were all a bit down after the last rounds at Croft and now we're in a good frame of mind ahead of the race weekend."

The second fastest time was set by Josh Cook in the Power Maxed Racing Vauxhall Astra, which only set lap times in the morning before doing installation laps in the afternoon as the crew worked through several set-up tweaks.

"We put new tyres on the car this morning and we were able to have a bit of a go at it, but there's still pace in the car and we weren't running like a qualifying session," said Cook.

"You have such limited time on a race weekend that if things don't work out you tend to switch back to what you know, but with this amount of time, you can really explore different avenues.

"You never waste a test but it's often about learning what doesn't work, as much as it is finding the things that do."

Jake Hill was third in the timesheets on his second day in the AmDTuning.com MG, while championship leader Colin Turkington was fourth. 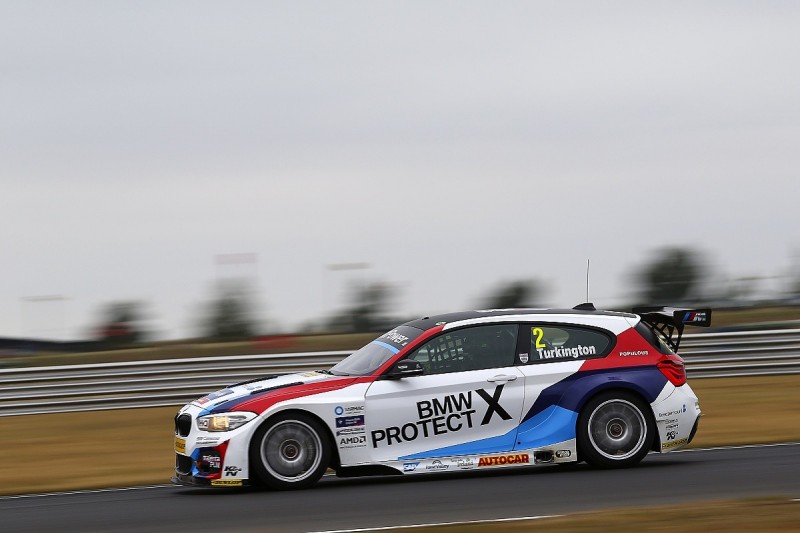 The WSR BMW man conducted test work on Dunlop's new-spec softer tyres for 2019 in the morning, before switching to preparations for Snetterton's double distance celebration race on July 29.

"We will qualify for that special race in a separate session and none of us will carry success ballast," explained Turkington. "That meant we had to see how we ran with full ballast, which we will have to qualify for race one with [because he is leading the points heading into the round], and then no ballast, which is how we will be set-up for the celebration race.

"There was a lot of work to get through. I think we have found a balance, but then we did longer runs to account for the 15-lap distance of the celebration race.

"We have work to do there, but we got plenty of data to go through and I am sure we will be ready when the race comes."

There were also several BTCC newcomers and returnees who took part in the second day's running at Snetterton.

BTCC refugee Dan Welch also tried the car, along with Jamie Bond, who is third in the VW Racing Cup this term.