Gow took part in the test at the invitation of regular HMS driver Rob Austin, who was on hand to oversee the Australian's running.

The 30-minute outing will also be featured as part of an exclusive insight by Motorsport News and Autosport magazine in August.

Gow had raced in his homeland before he moved to the UK and has taken part in several guest races in recent seasons, including the Citroen C1 24 Hours at Rockingham earlier this year.

"The speed on the straights is something that you can get used to quite easily," said Gow.

"The most impressive part of the car is the turn-in and the braking, which is phenomenal, but I was nowhere near the limit of the car.

"I was cautious in the high-speed corners like Riches and Coram - especially as it wasn't my car - but was able to get a good feel for the ability of the car."

The run came during the official Dunlop BTCC tyre test at the Norfolk track, and Gow's machine was fitted with four of the softer specification tyres.

"It was a great insight into how the cars work and the amount of effort the drivers have to put in - boy, it was hot inside the cockpit and I wasn't anywhere near the limit that you would need to be physically to get a really good lap time from the car," added Gow.

"Having said that, I think I will stick to my day job of running the series.

"I am just glad I managed to bring the HMS Alfa Romeo back in one piece - and thanks to team boss Simon Belcher and Rob Austin for letting me loose." 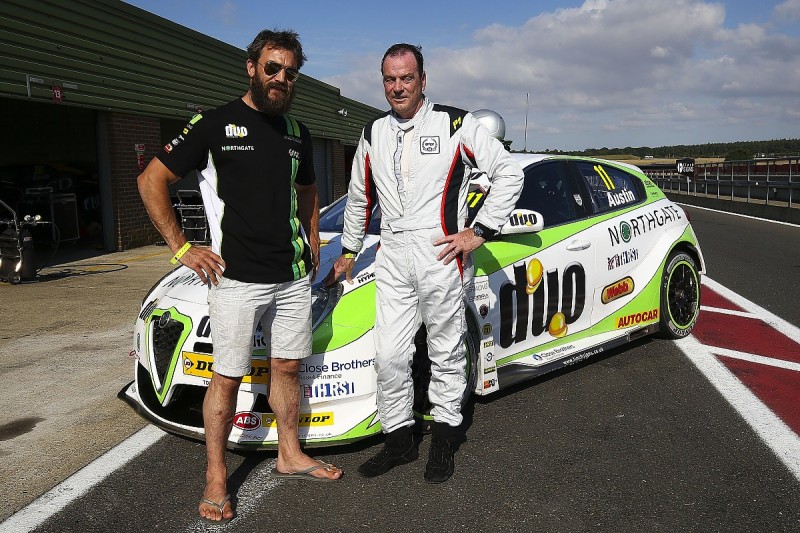