A gaggle of British Touring Car Championship race winners all got their hands on new machinery at Brands Hatch this week, as testing burst into life prior to the 2021 season.

The MB/Motorbase Performance Ford alliance had already been out testing with Ollie Jackson, Sam Osborne and Andy Neate before Hill jumped behind the wheel of the Focus.

“It was really good for it to be Brands where I got my first run in the car, I can just jump in and go for it there as I know it so well,” Hill told Autosport.

“First of all I have to take my hat off to everyone at Motorbase and my number one mechanic Ben Tyler for building up the car since Christmas – it’s the first time in my career I’ve had a brand-new racing car.

“It was great – the chassis feels very tight and very stiff, which is something you’re looking for immediately.

“Also, this is the first time since my BTCC debut in 2013 that I’ve not used the Swindon powertrain – the driveability of the Mountune engine is very good, and just something I have to get used to throttle-wise.

“Working with Ollie for the first time was really positive, and I look forward to that throughout the season.”

MB and Motorbase chief Shaun Hollamby added: “There’s been a lot of work over the winter evaluating set-up, work from AmD [which operates MB Motorsport] which has worked into the system. 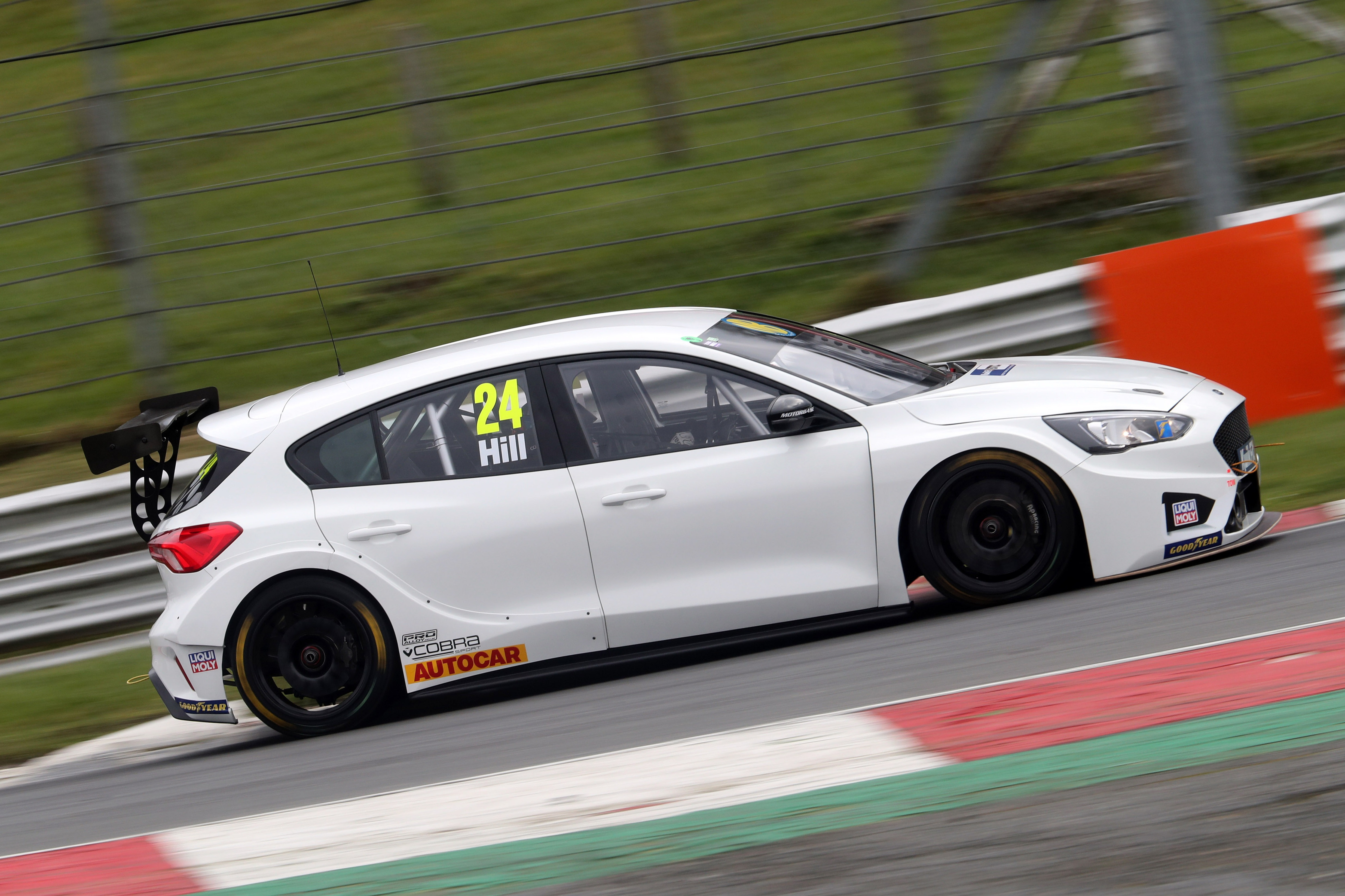 “As well as this information, we’ve been able to prove it on the chassis rig.

“We had all four of our drivers out over two days, and every time we’ve been out we’ve been learning something new and making the merger between AmD and Motorbase even stronger.”

Morgan and Chilton had already completed a shakedown day at Donington Park before two days of running at Brands.

Ciceley commercial director Norman Burgess said: “They absolutely love the car – Adam said he had to wring the neck of the Merc [which has been replaced by the BMW] to get a time out of it, but on the Beemer he’s having to force himself not to overdrive.”

Jelley, who has moved from the BMW 125i he raced with Team Parker Racing, was out alongside four-time champion Colin Turkington and fellow race winner Tom Oliphant with the WSR squad.

“The 3-series is a formidable race car and it gives a lot of confidence on the way into the corner.

“The rear end is really bolted and it behaves nicely, and encourages you to push on.”

Goff and Taylor-Smith were joined by team-mates Glynn Geddie and Nic Hamilton in the Hard Cupras as the machines made their on-track debut. 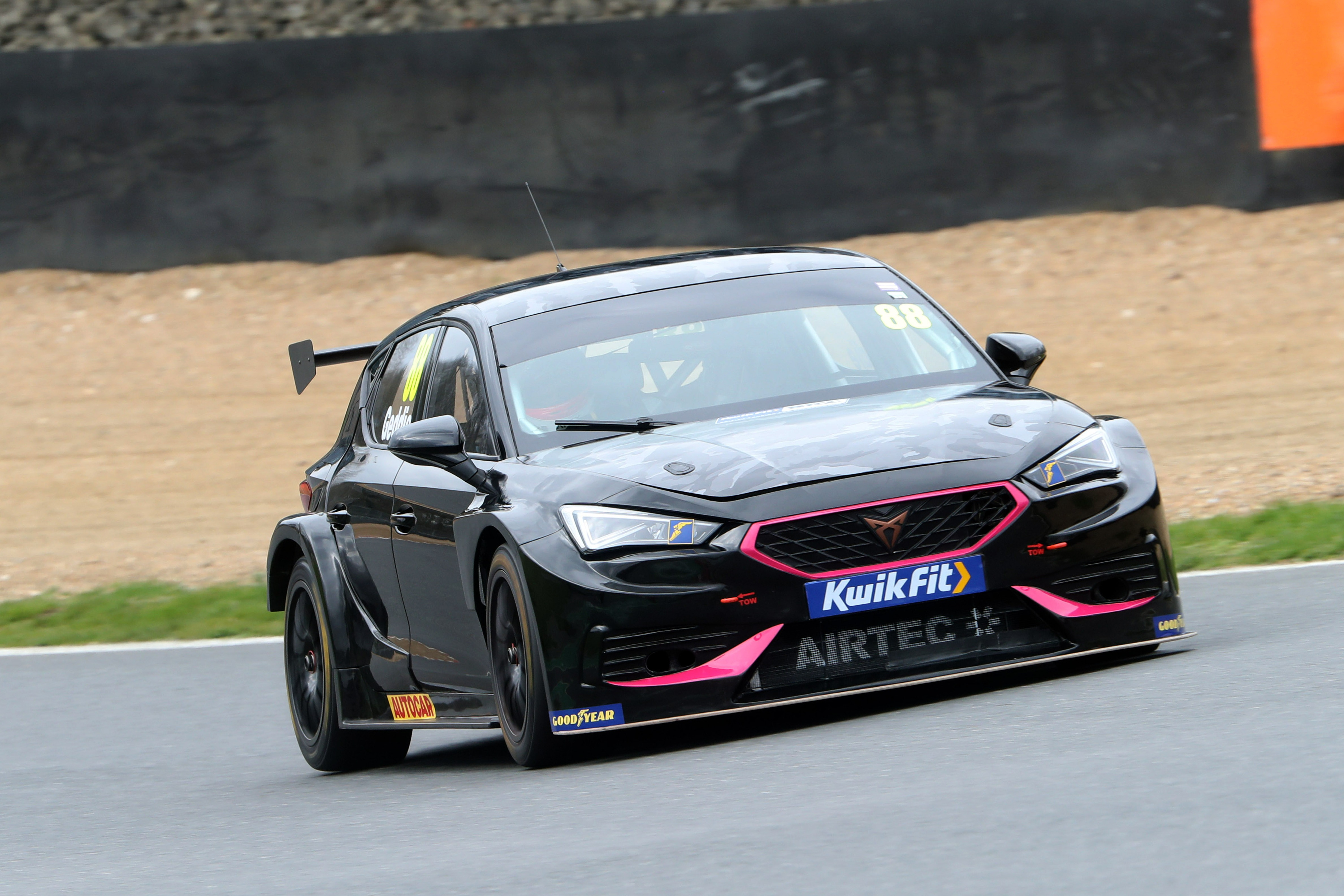 “There are a few bits I need to change to suit me inside the car, but it ran faultlessly all day so that’s a massive tick,” said Goff.

“We worked through a few set-up changes in the afternoon and ended the day somewhere near so that’s another positive.

“It’s looking really good and hopefully we can keep progressing.”

Hamilton, who has cerebral palsy, said: “I would say it was a little bit frustrating today like it has been with every new car that I’ve jumped into – I always have to fiddle with different modifications and the seat.

“It’s back to the drawing board I would say for a few modifications and my seat fitting, but next time we’re out I should be comfortable and ready to go.

“From the team’s point of view, they’ve done a fantastic job.”