British Touring Car Championship race-winner Jack Goff has signed a two-year deal with Team Hard, keeping him at the squad until at least the conclusion of the 2022 season

The 29-year-old started his BTCC career with Tony Gilham's outfit in 2013 and after spells at Triple Eight, West Surrey Racing and Eurotech, rejoined the team on the eve of the 2019 season after a funding shortfall for Mike Bushell created a last-minute vacancy.

Driving the team's Volkswagen CC, he claimed Team Hard's first-ever BTCC victory at Silverstone last year following a gamble on wet tyres before the start, but was only able to muster a best finish of 11th this term.

With Team Hard committing to replacing the CC with its new NGTC-spec Cupra Leon next year, Goff will lead its development as preparations continue for the introduction of Cosworth Electronics-produced hybrid systems to the BTCC from 2022.

Explaining his decision to stay with the team, Goff said that while the past two seasons were "tricky on track", they had been "a delight off it".

"I can't fault the team's commitment to winning and family ethics; for me, that is something really important," Goff said.

"There is always a great vibe around the place which lifts your confidence as a driver.

"Now, we're well underway with the build of the brand new Cupra Leons and I'm super excited to be playing a major part in the car's development. If they go as well as they look then we will be contenders for sure. 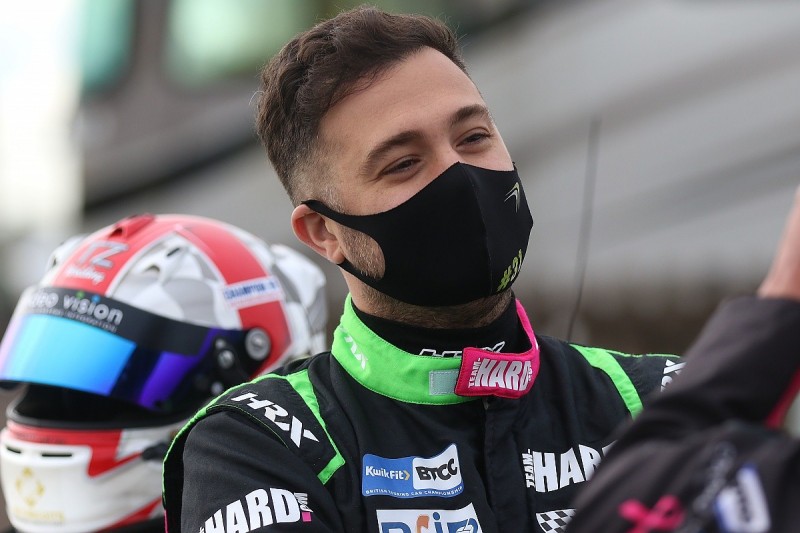 "After the nail-biting scenario I found myself in on the eve of the 2019 campaign, with it looking likely I'd miss the season, I can't thank Tony, the team and of course my sponsors enough for this opportunity to finalise a two-year deal as we race into the hybrid era.

"Securing a drive always takes a lot of time and planning, so to have this sorted means I can focus on getting myself and the team back to winning ways over the next two seasons."

Team boss Gilham said it was "vital" that the team had secured Goff's services and is planning "an extensive test programme" to get the Leon ready for its debut.

"Jack's qualifying record is unquestionable, and he's the right man to ensure that we get our new car as far up the grid as possible to get to the front of the pack," he said.