Front-wheel-drive runners Tordoff and Dan Cammish had topped the two practice sessions but the rear-driven BMW 330i M Sport came to the fore early on in qualifying.

Less than 10 minutes into the half-hour session, Turkington posted a 1m25.825s lap to take provisional first and his effort remained good enough to secure pole.

The points leader's best result in practice was just eighth in the second run, but Turkington wound up 0.027s clear of Tordoff in qualifying- the only other driver to break under the 1m25s barrier.

As the front-driven cars pitted early to cross their warm front tyres on to the rear of their cars, it was the WSR trio of Andrew Jordan, Turkington and Tom Oliphant who held the top three times early on.

But Cammish soon moved clear on his first flying run but a quick response from Turkington meant he edged 0.075s clear.

Honda Civic Type R driver Cammish responded on his next flier but again Turkington had an answer and set what would remain the session's fastest lap despite carrying the maximum 54kg of success ballast. 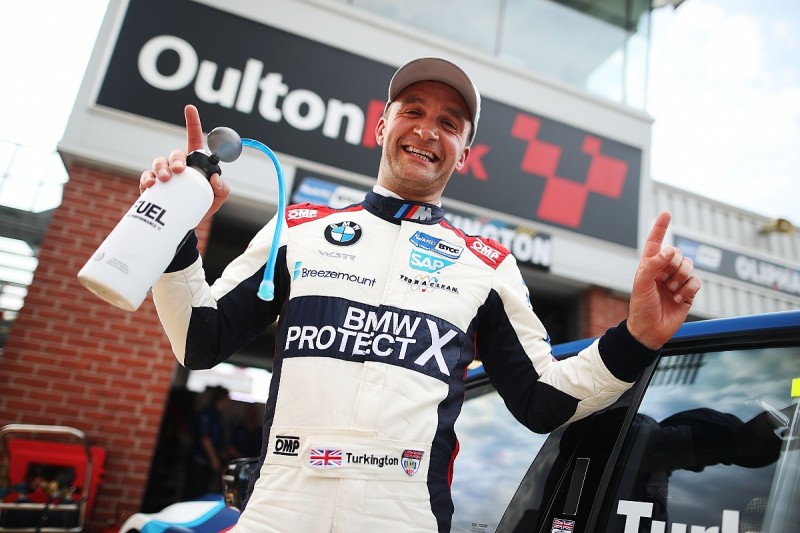 AmD Tuning duo Rory Butcher and Tordoff did post the fastest first and second sectors of the day, but could not string together the rest of the lap to truly threaten Turkington.

With under six minutes of qualifying remaining, Cammish posted a fastest first sector but carried too much speed into the chicane and ran wide so could not better third.

After a free practice crash with Matt Simpson - the latter unable to take part in qualifying due to the damage - Turkington's team-mate Andrew Jordan was short on running.

But he did go fourth fastest ahead of Butcher and Team Dynamics driver Matt Neal, with Oliphant ending up seventh.

Jason Plato had ended practice in fourth, but the Vauxhall Astra driver slipped to eighth ahead of Tom Ingram and Jake Hill - both appearing to struggle with balance issues.

Chris Smiley was 11th for BTC Racing, but he will take a five-place grid drop as a legacy of his race three crash with Jack Goff in the last round at Croft.

The Subaru Levorg's lack of pace in practice carried through to qualifying as 2017 champion Ashley Sutton was only 14th fastest ahead of Tom Chilton.

Josh Cook, who currently sits second in the standings, also fell foul and was only 22nd.