All teams were asked to present the crash structures to scrutineering on Sunday morning so the rigidity of the devices could be assessed.

"This is something we regularly do," explained BTCC chief executive Alan Gow.

"We assess all the crash structures of the new cars as they are built, and we wanted to look at all of those on the grid.

"It could be the case that some are too weak and they need beefing up in some areas, and it could be that they are too strong and some of the elements needs removing.

"It is just part of the ongoing assessment process that we do over the course of the year."

The inspection was always scheduled to take place at the Oulton Park meeting, but the issue was highlighted during an FP1 crash.

In that incident, the WSR BMW 330i M Sport of Andrew Jordan spun at Old Hall corner and cannoned into the side of Matt Simpson's Simpson Motorsport Honda Civic Type R, which was just emerging from the pit lane.

The nose of the BMW collided with the passenger-side B-pillar of Simpson's car, and the session was halted in the aftermath.

Simpson said the damage to his car, which caused him to miss qualifying, had been significant.

"I was filtering on to the track from the pits, and I looked in the mirrors and Andrew was coming sideways across the track," said Simpson.

"The BMW hit the B-pillar, and that is possibly the worst place to have an impact.

"It kinked some of the safety bars on the side of the door cross structure part of the rollcage, and that was me out for the day. 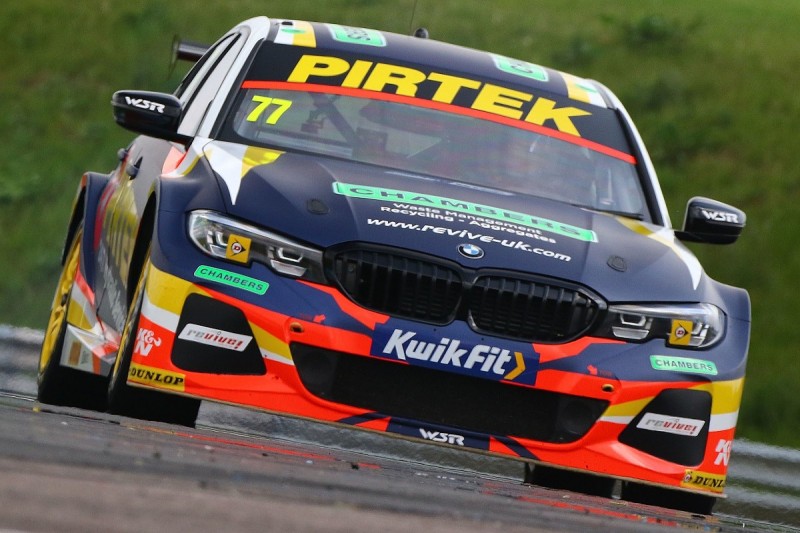 That crashed followed the incident in race one at Donington Park in April when Jordan's BMW was spun sideways across the pack on the opening lap of the event.

Stephen Jelley's Team Parker Racing BMW 125i M Sport machine made heavy contact with the driver's door of Jordan's car and it then suffered a second impact when Adam Morgan's Ciceley Motorsport Mercedes-Benz A-Class smashed into the side of the saloon.

Jordan was ruled out for the rest of the meeting at Donington as he was suffering from chest pains.