The leader was able to forge a small gap to those battling behind and maintained the gap to the end of 15 laps.

Simpson said: "I knew if I could reach Knickerbrook on the opening lap still in the lead, then I would be in a good position to capitalise from there.

"I could see that Chilton behind me was having to defend, and I hoped he could hold the rest of them back, which he did."

There was smoke coming from the left-front wheel of Simpson's car, but it did not affect his pace.

However, he did have some concerns during the closing stages that allowed Chilton to gain ground.

"I was just being careful with them because I had done so much hard work I didn't want to ruin it with a lock-up.

"But it was all under control." 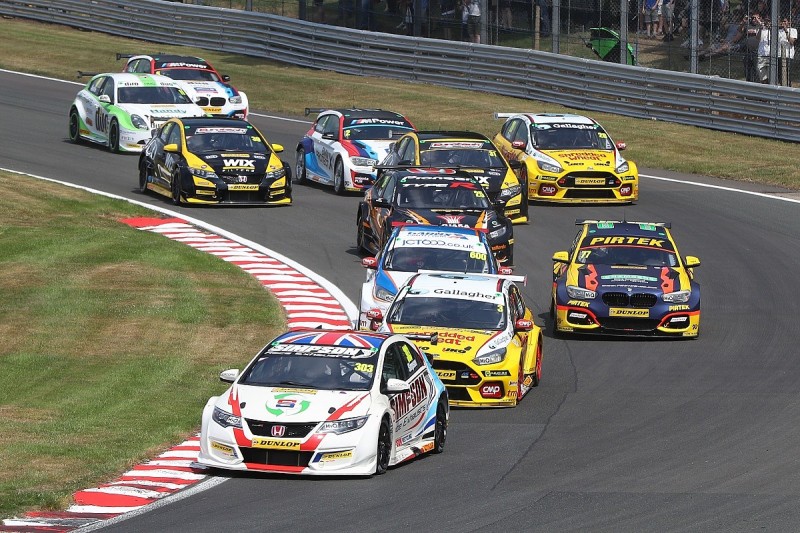 Chilton defended from Tordoff initially, and was then forced to look to his mirrors as the charging Andrew Jordan moved into a podium position at Old Hall on lap eight in his BMW.

Jordan was left slightly frustrated that he hadn't made more progress from his fourth spot on the grid.

"I don't know what happened at the start - I think I might have had too much temperature in the rear tyres because it just bogged down," said Jordan.

"Once I got back up to Tom, he was fast enough in the right places to block me.

"I got alongside him once, but just couldn't make it stick.

"There was more pace in the car, so I am looking forward to race two now."

Behind fourth-placed Tordoff, Matt Neal rounded out the top five carrying 33kg of success ballast in his Team Dynamics Honda Civic Type R, ahead of Colin Turkington's WSR BMW, which had progressed from ninth on the grid to take sixth.

Championship leader Adam Morgan could only manage 18th in his Ciceley Motorsport Mercedes-Benz A-Class, which was carrying 75kg of success ballast.