The double champion had to climb from an initial fourth place but overhauled early leader Tom Chilton (Motorbase Ford Focus) at the end of lap five and power clear to an untroubled victory.

Chilton's car, which was saddled with 66kg of success ballast after finishing second in the opening race, soon fell prey to a charging Matt Neal in his Team Dynamics Honda Civic Type R.

He surged into second place on lap eight, but was already three seconds behind Turkington.

Neal kept the heat on Turkington in the latter part of the race to see if he could make his rival overcook his tyres, but he was unable to.

Turkington said: "I sensed pretty early on that I had a race-winning car underneath me, so I just got on with it. It felt pretty good out there when I was in the groove." 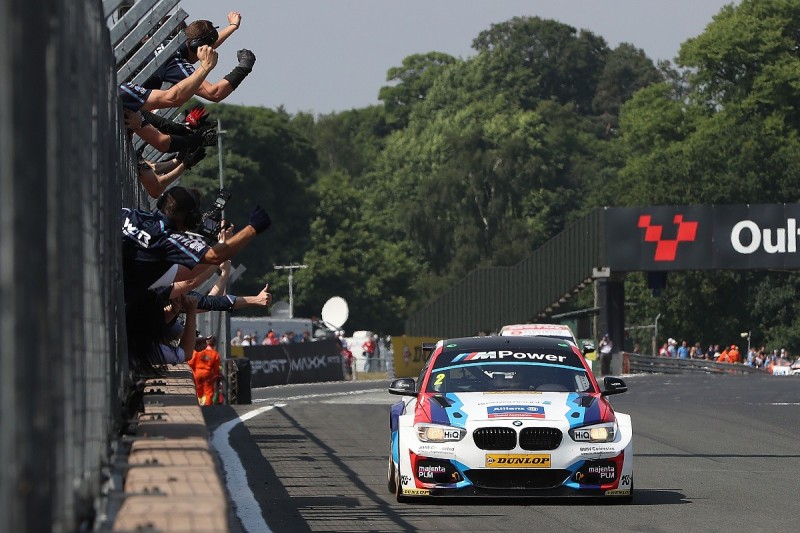 Chilton held on to third with the weight on his car to record his second podium of the weekend as he fended off Andrew Jordan's WSR BMW 125i M Sport.

Race one winner Matt Simpson should have started from pole position, but his car was withdrawn just moments before the start of the race as a problem was detected in the engine of his Eurotech Racing-run Honda Civic Type R.

Puffs of smoke had emanated from the car on his run to victory in race one and investigations by the team uncovered a serious problem.

The team started performing an engine change and aims to have the car running again in time for race three.