Simpson dominated the opening race at Oulton Park last weekend from pole to take his maiden win in the category before an engine problem with his Honda Civic Type R sidelined him for the rest of the afternoon.

Prior to moving his Honda to Eurotech this season, Simpson had not qualified or finished in the top 10 in his first two BTCC campaigns.

He opened 2018 with eighth on the grid and two seventh place finishes at Brands Hatch in April, before his Oulton breakthrough.

"Jack has been a huge help to me and I love the fact that even though we are rivals on track, we are all in the same team and we are working together to help the common cause," said Simpson.

"It is little things: Jack is there for advice, he helps me on track walks at the beginning of the weekend and we share so much.

"That has been a real boost for me and I think I have learned as much over the start of this year as I did during my first two seasons at this level."

The 36-year-old was a multiple European Hot Rod champion prior to switching to long-circuit racing in the club-level Intermarque series and winning two titles.

He was assisted by Speedworks and then Team Dynamics in his initial BTCC programmes before this year's Eurotech move.

Simpson also said that a fresh approach to his racing this season has also reaped rewards, with effort away from the track paying off on it. 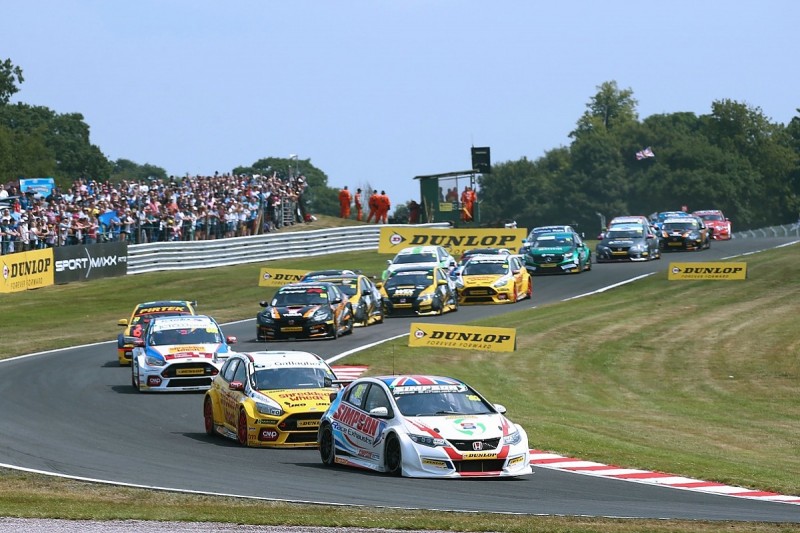 "In the off-season, I worked a lot on myself too: just on my mental preparation and the psychology side of things," he said.

"I needed to believe in myself a bit more, and I have found that now.

"I would say 50% of my step forward this year has been down to the Eurotech team and the atmosphere we have here, and then the other 50% is down to me and the extra performance that I have got from myself.

"We have the first win out of the way now, and that is the hardest one.

"I know I am not in the championship picture due to things that have happened over the first part of the season, so that means that I can go for wins, just go out and grab headlines. With the form I am in at the moment, I think I can do that."

Simpson, who was 29th and 24th in the standings in his first two BTCC campaigns, is now up to 16th in the 2018 championship.

Rockingham out as BTCC announces 2019 calendar