Simpson said he was delighted with the handling of his hatchback from the moment he took to the Cheshire circuit.

"The car has been superb right from the word go," said Simpson.

"We hardly made any changes to the set-up and I was able to do quick laps from the start. We aren't going to touch it for qualifying and I am feeling very optimistic."

Smith set his time late on in the session, and team-mate Jack Goff was also inside the top 10 in ninth in his car which is carrying 48kg of championship success ballast.

Third fastest was the HMS Racing Alfa Romeo of Rob Austin, which had topped the timesheets in the morning's first session. 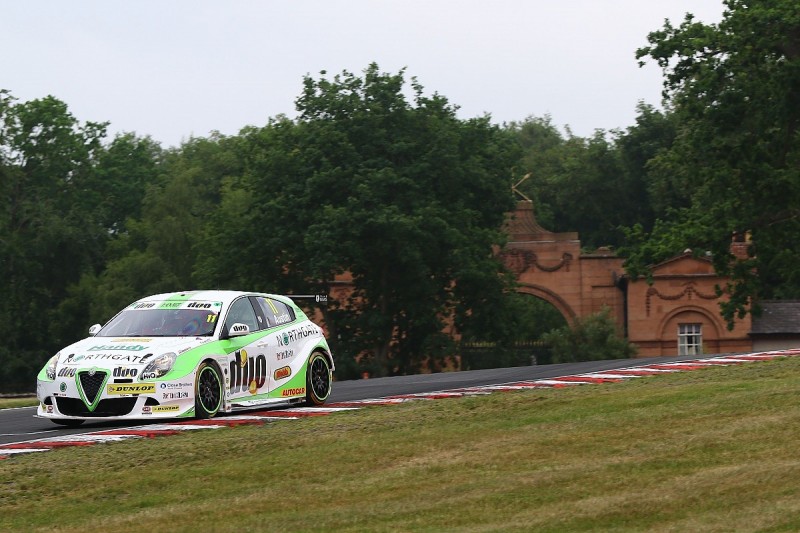 He was not quite able to match that effort in the afternoon but his FP2 time was still within a tenth of his earlier 1m26.300s benchmark.

Second and third spots for Tom Ingram and Tom Chilton in FP1 were enough to give the respective Speedworks Motorsport Toyota and Motorbase Ford drivers fourth and fifth in the combined times.

They were followed by the WSR BMW 125i M Sport pairing of Colin Turkington and Andrew Jordan.

Championship leader Adam Morgan was 19th quickest in both sessions in his Ciceley Motorsport Mercedes-Benz A-Class.

The 29-year-old, who is suffering from the effects of flu, said he was also struggling with his 75kg of success ballast.

Second place man in the championship Josh Cook had limited running in the second session when the power steering on his Power Maxed Vauxhall Astra failed.

He was 17th fastest in the opening session, but was restricted to 29th in the second timed period.