A 57.430-second lap set with seven minutes of the session remaining moved Power Maxed Racing Vauxhall Astra driver Plato into first place and from there he was never matched.

It marks the two-time series champion's first pole since Knockhill in 2017 and his 51st in the series.

Honda Civic Type R driver Chris Smiley ran 0.055s shy for second in a front-wheel-drive lockout of the top four, while 28 cars lapped within a second of Plato.

Dan Cammish was the first driver to drop under the 58s barrier, with eight minutes of the session elapsing before representative lap times were initally posted.

The BMWs of Tom Oliphant, Turkington, Stephen Jelley and Jordan ran in procession to gain a tow, allowing a ballast-free Oliphant to top the times. 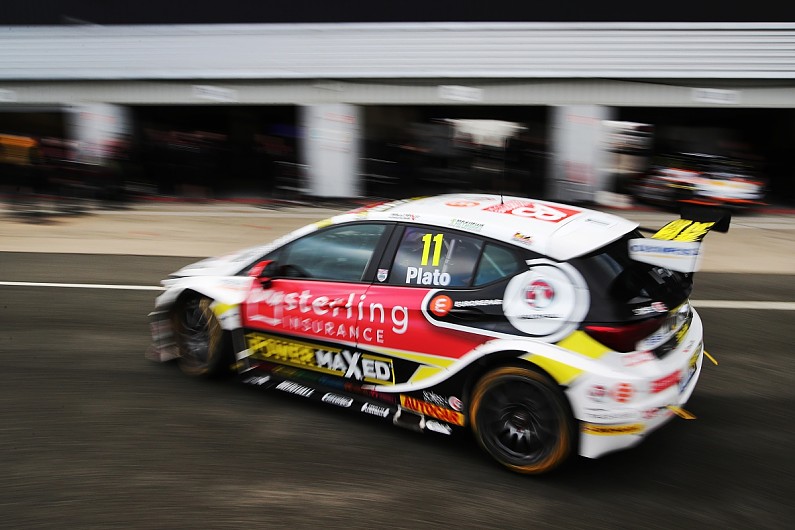 The Toyota Corolla of Ingram was pinged for track limits but set another lap good enough for second on his next tour, with Plato also bettering his previous lap to post his unmatched 57.430s.

Matt Neal, running for large parts of the session without a tow, was an impressive third ahead of Ingram.

Speedworks driver Ingram was fortunate to not cause a late red flag when he lost the rear of his car on the exit of Copse, just missing the barriers on the inside of the track.

Oliphant headed Turkington - the points' leaders ending the session in sixth and with the maximum 54kg payload of success ballast on board.

Rory Butcher, fifth in the points, was 12th ahead of stand-in team-mate Mike Bushell.

Jordan, whose Knockhill victory last time out means he sits just 10 points shy of Turkington, was only 14th ahead of Jack Goff and last-minute Motorbase stand-in Michael Caine.

Given eight places separate Turkington and Jordan ahead of race one, when asked if his qualifying lap was the most important of his season, Turkington said: "no doubt, it feels like a massive lap."