While he didn’t have the highest of profiles, Tim Jackson, who died earlier this week aged 68, was one of the most influential figures in British motorsport for over two decades.

A genial, kind, patient and honest man, Jackson was nominally Renault UK’s press and PR chief, but he was actually the company’s de facto head of motorsport – in the 1990s, that encompassed title-winning glory in the British Touring Car (Alain Menu in 1997) and British Rally (Martin Rowe in 1998 and Tapio Laukkanen in 1999) championships, race wins in British Formula 3 (including Jenson Button in 1999), as well as Renault UK’s own twin series.

“Tim’s enthusiasm drove Renault UK’s whole motorsport programme,” says BTCC boss and former chairman of UK motorsport’s governing body Alan Gow. “Obviously above him the decisions were made about how much they were going to spend, but without his enthusiasm I don’t think they’d have agreed to do those programmes. He was a great driver of all of them.”

Former British Automobile Racing Club chief executive Dennis Carter remembers: “When I joined the BARC they were running Formula Vauxhall Lotus, but they then went to the BRDC and I wanted a single-seater championship, so decided to start FRenault in the UK.

“Tim said he had no problem with it but they couldn’t help it, and that first year [1989] was rubbish, but it was obvious that it had fantastic potential. Tim then came in and supported it [for 1990] and it became a massive success.”

Carter and Jackson even came close to taking a field of FRenault UK cars to the Russian capital in 1992, shortly after the collapse of the Soviet Union, to stage a Moscow Superprix on a street circuit they had devised.

“Tim and I went loads of times,” says Carter. “We designed and built a circuit that was never used – although it was used for local events. We had a press launch at the Russian Embassy in London, and it came very close to happening. But there was unrest in Moscow and it started to kick off there, and Marlboro America pulled their sponsorship.”

By this time, the FRenault UK series had already begun producing talents who would make their mark in higher echelons of the sport. Key to the success of the series, as well as the long-running Clio Cup and the Renault Spider interregnum of 1996-99, was the championships’ technical support from Radbourne Racing’s Lincoln Small and John Millett and, latterly, Millett’s R Sport company. 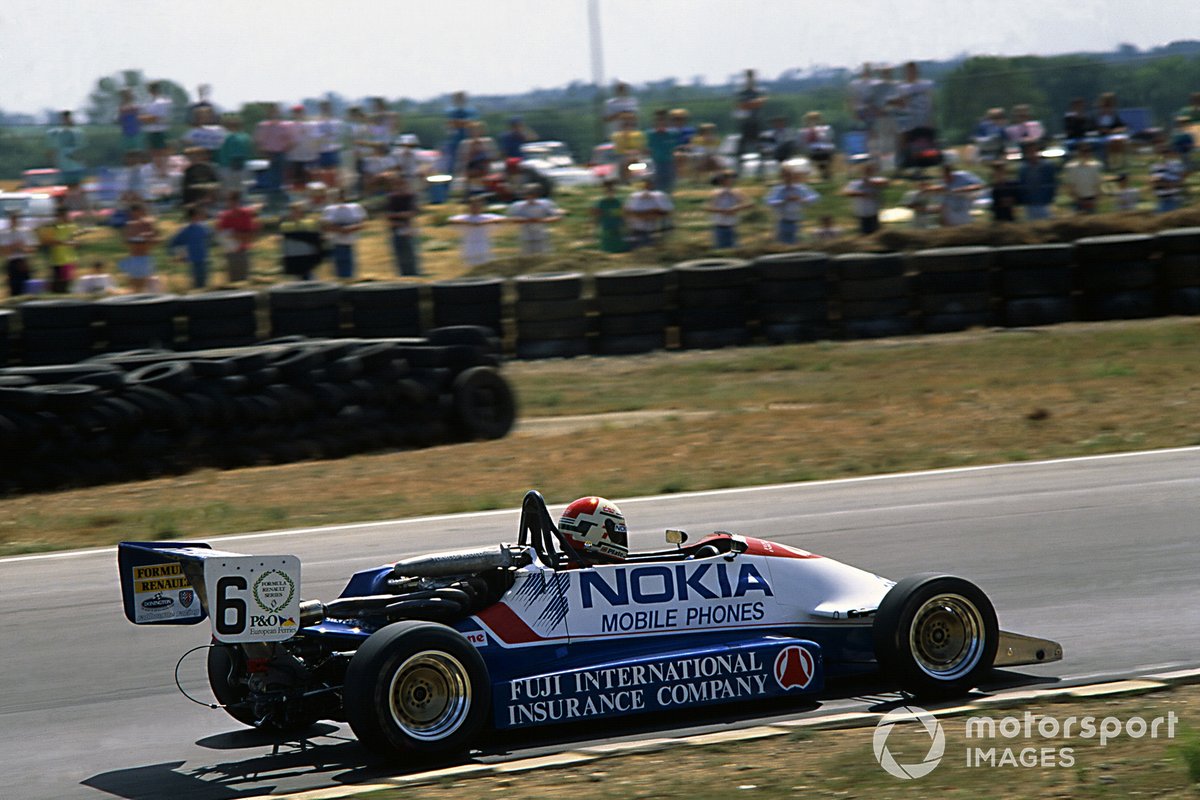 FRenault UK produced Lewis Hamilton and Kimi Raikkonen, but its first poster boy was Jason Plato. He lost out in a highly controversial battle for the 1991 title, but returned to the Renault fold after a finance-enforced layoff to dominate the inaugural series for the Spider sportscar in 1996, and used that as a launchpad to cajole his way into a BTCC seat with the Williams-run Renault factory team in 1997.

“I first met Tim in 1989 at the launch for the 1990 Formula Renault UK series,” recalls Plato. “I was doing the Winfield Pilote Elf competition [the French talent scheme that launched Alain Prost, Rene Arnoux, Patrick Tambay, Didier Pironi and many other stars], and Mike Knight [Winfield founder] had spoken to Tim and relayed how well I was doing over there.

“We went to this launch at the old Williams factory in Didcot, and I got introduced to loads of teams by Tim. My dad and I just hit it off with him – he was a really super bloke.”

Jackson similarly guided Plato in 1995, when he returned to competition with a handful of FRenault outings before switching to the Spider Cup the following season: “Tim was quite instrumental in helping me get out for a few races with Manor Motorsport in 1995. And he put a lot of effort into convincing me that Spiders was the place to go. He hadn’t yet done the deal with Williams for the prize test [in the BTCC Laguna, which launched Plato into his professional career].

“I was in a right pickle at that point, very close to pulling the plug. Tim brought me back from the brink and really helped put that deal together with Mardi Gras Motorsport [for Spiders].”

Even after starring in his Williams BTCC test, Plato looked set to lose out on the drive to Jean-Christophe Boullion, but “Tim really donned his flak jacket and helmet and tried hard to work on Frank [Williams]. We even spoke about how we could put together a deal to run a privateer car.” 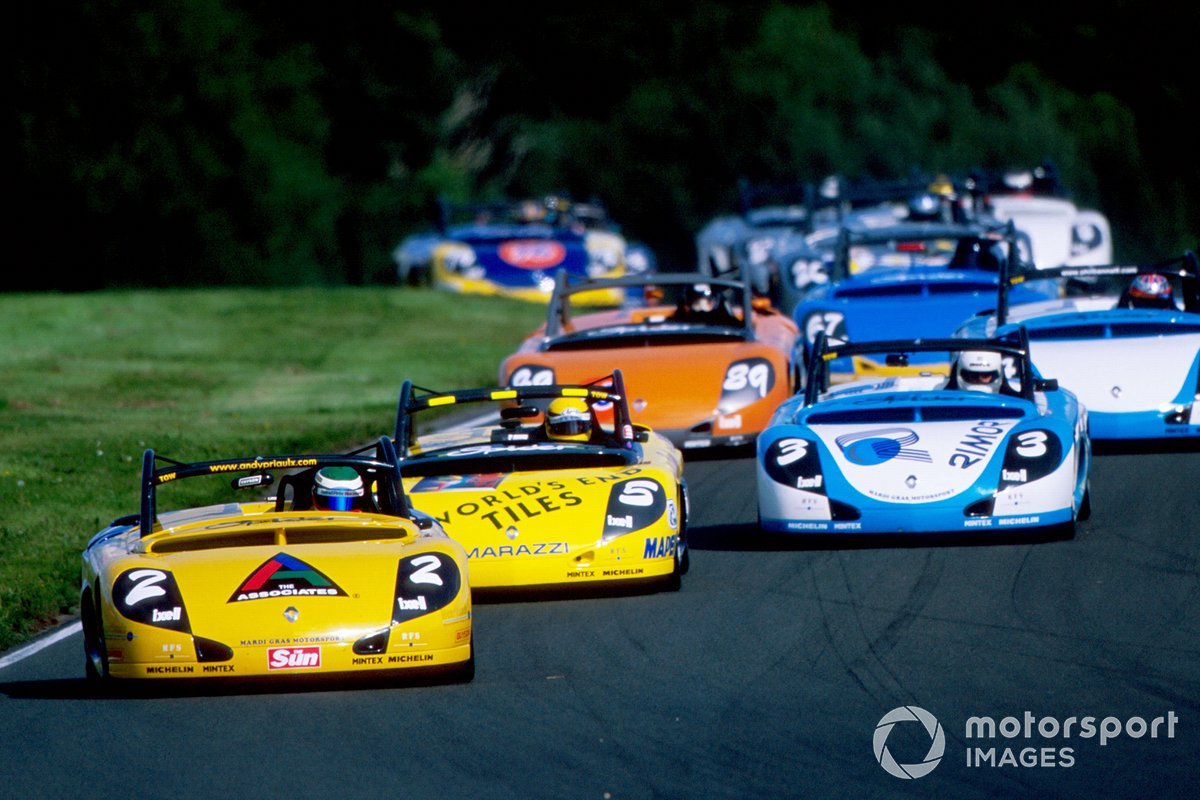 Priaulx was another to make a name for themselves in Renault one-make competition, winning the Spider Cup in 1999

Plato pinpoints Andy Priaulx, who dominated the 1999 Spider series and was promoted into Renault UK’s British F3 team in 2000, as another driver whose career was heavily assisted by Jackson, but there were so many more – not just competitors, but teams, mechanics, media. He ensured that Renault UK motorsport was a big family, and that extended to everyone who came close to its orbit.

“He was a wonderful man, very bright, who could see lots of different angles on how things might work for me,” continues Plato.

“He played a massive role in UK motorsport – Tim was square and centre in all those Renault projects, in the thick end of making it happen for many, many people.”

Jackson wasn’t a pushover though. Carter remembers: “If it was doable, Tim would help you do it, but we had our disagreements. He would stand his ground and I would mine, but he was always rational and always good to deal with.”

Gow, who after Jackson had left Renault UK brought him onto the MSA board as a non-executive director, adds: “He was a delight to work with, and a real gentleman with a fantastic sense of humour, but you couldn’t take advantage of him – he wouldn’t roll over. He was incredibly principled, and a pleasure to deal with.”

Under Jackson’s leadership, Renault UK’s FRenault and Clio Cup series joined Gow’s BTCC-supporting TOCA package when it was launched in 1993. “Tim saw straight away the benefit of it to Renault and was a staunch supporter of it,” adds Gow.

That same year, Renault joined the BTCC, initially with the ill-conceived 19 before it was replaced by the Laguna for 1994. Legend has it that Jackson took some French Renault grandes fromages to a Donington round in 1992, pointed out that Renault’s traditional yellow would be the most notable livery on TV, and swung the deal. 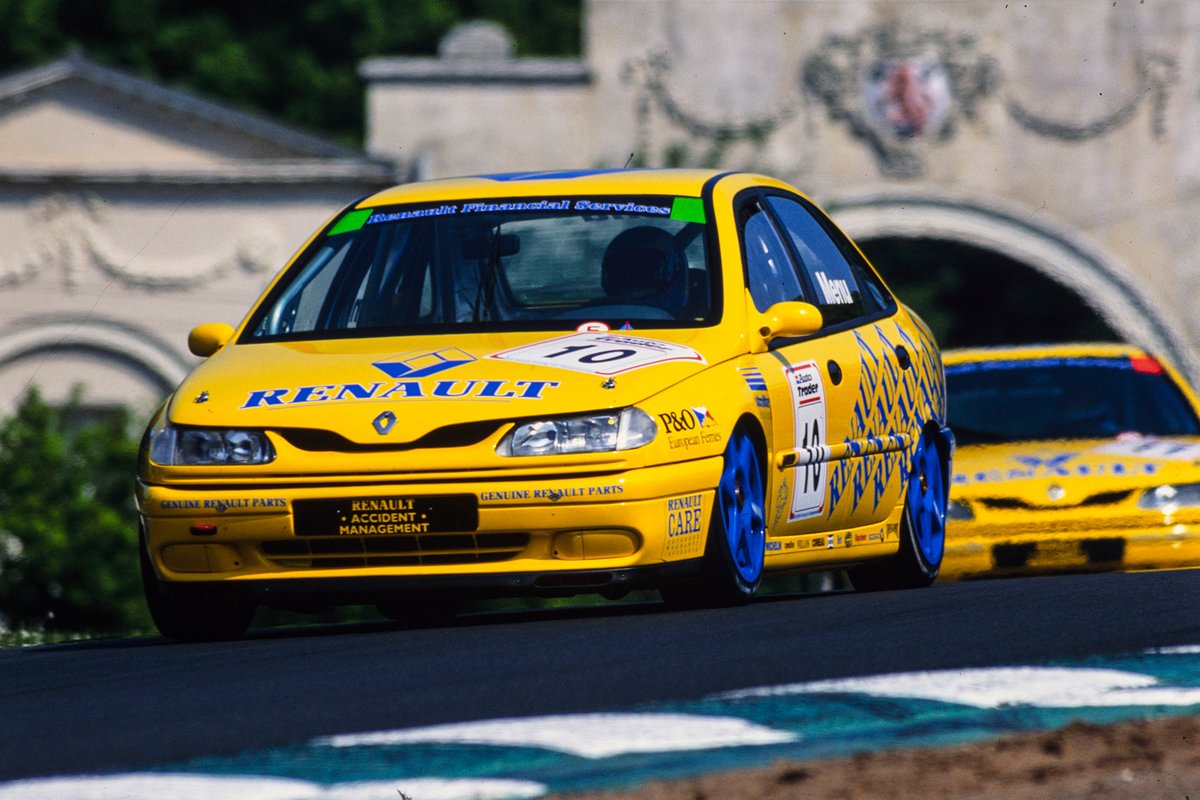 Jackson played a part in bringing Renault into the BTCC

Jackson had a sense of humour too. Carl McKellar, who was a press officer for the Renault championships from 1997-2002, recalls: “He had fun, and made sure everyone else doing it had fun with him. Once when we were at Knockhill, there were seven of us in an Espace going back to the hotel with Tim driving, and this lane had some proper yumps. By the time we got to the end of the lane, the front bumper was missing, there was a hole in the sump, the lot. He got on the phone while we all got drunk in the hotel, and next morning there was a brand-new Espace outside…”

Plato sums up: “Tim was the bridge between these series he helped create and run, and the mothership – the big cheque book. Someone has to drive that and convince the bean counters, and he was brilliant at that.

“He was delightful, sincere and honest, and without Tim’s support I would have speared off and who knows what I’d be doing now?

“I spent hours on the phone to Tim with him trying to motivate me and persuade me not to give in. I’ll be forever indebted to the old boy. I just wish I could thank him one more time.”

Jackson is survived by his wife Ann, son Timmy and daughter Helen.