Ashley Sutton has played down the chances of extending his current British Touring Car Championship points lead, saying he and Team BMR are already "operating at 100% capacity".

Although Sutton is yet to win in 2019, he currently tops the standings by three points over Josh Cook courtesy of three podium finishes.

For the last two years, the Subaru Levorg has started the season slowly. In his title-winning 2017 campaign Sutton sat in 11th after the opening two rounds, and in 2018 he was fifth. 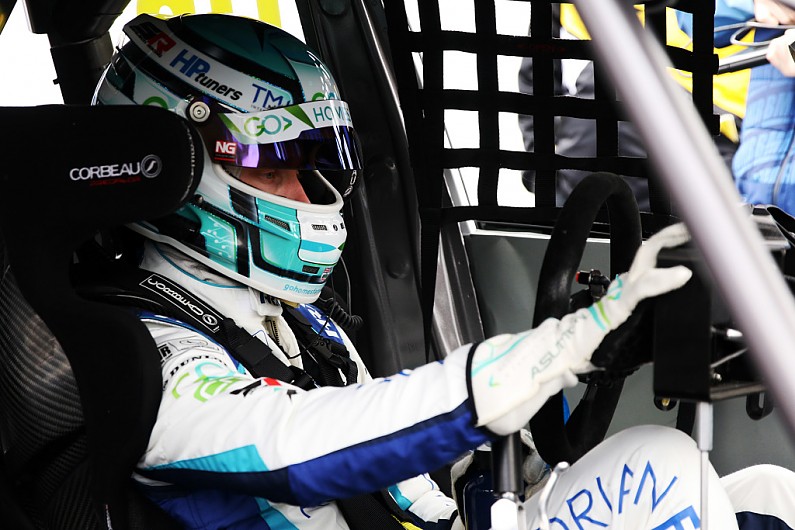 Despite the up-turn in performance this year, the Team BMR driver reckons it will be hard to maintain an advantage.

"Don't ask me how I am top of the points," he told Autosport.

"I don't think we've got much more left in the tank from a team/driver point of view. We are operating at 100% capacity at the minute.

"I wasn't expecting [to lead], I'll be honest. It was just a case of collecting points and that's got us to where we are."

When asked why the team had made a stronger start to the season, Sutton added that it was largely down to good fortune.

"I think the difference is that we've actually had a bit of Lady Luck," he said.

"If you think about both qualifying sessions [in 2019], both have been wet-ish and it's just allowed us to put ourselves towards the front end of the grid.

"All we've done is maximise the points around us in the position we're in. It seems to have paid off and it's nice having some luck at the start of the year."

Defending BTCC champion Colin Turkington earned a dominant pole position and two wins in the previous round at Donington Park, while the new Toyota GB-backed Corolla scored its first win in the final race thanks to 2018 runner-up Tom Ingram.

Although Team BMR has worked hard over the winter to develop the aerodynamic package on the Subaru, Sutton reckoned that rival manufacturers BMW and Toyota would overtake in the championship as they still have more to give.

"For sure BMW do have more to come, and Honda aren't far behind," he said.

"Ingram's now got his first win [in the new car] so he's going to gain some momentum. If in eight rounds time I'm in this position I'll be happy."

Back in 2016, when Subaru joined the British Touring Car Championship table for the first time, the Levorg estate had a lot going for it. At least, it did on paper.

The estate body did add weight higher up in the car, but led to improved yaw stability under power. That gave it an advantage over the kerbs and in the wet.

But the biggest gain was with the benefits of the road car's boxer engine. With its pistons moving horizontally to create a flat-four, rather than moving in the more conventional vertical motion, it meant the engine mounting points were low and far back in the chassis. 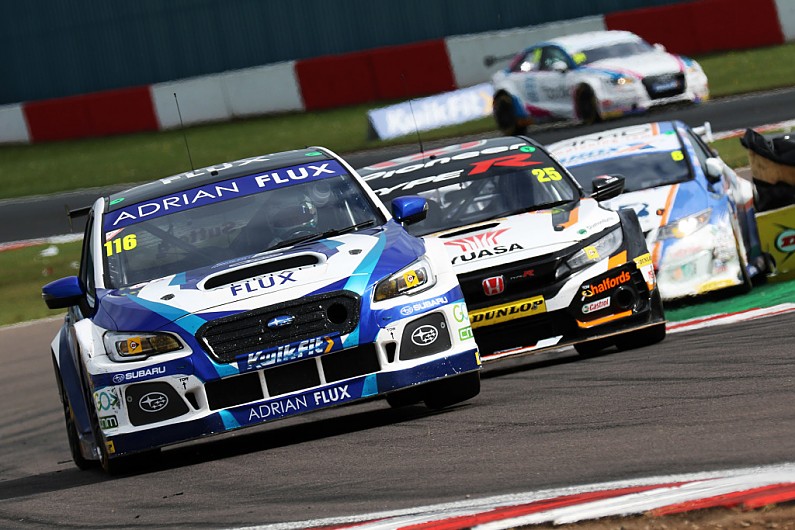 The upshot was an excellent centre of gravity and, therefore, it was the class of the BTCC field through the corners. But it drew the attention of rivals teams, which led to a reduction in engine power to bring about parity.

Former Team BMR engineer Carl Faux presided over the Levorg's introduction and explains why that single-handedly reversed the car's fortunes.

"[Our rivals] thought 'the only way we can compete with that is if you haven't got enough power'," he says. "That's fine for a qualifying session, we could be competitive in 2016 like that.

"However, when you get to the race situation you can't race a car like that because if you're behind someone you're limited with how fast you can go in the corner by the person in front of you.

"Likewise, in a straight line, they can just drive up alongside - you can't benefit. So while it was a very quick car, it was an unraceable car."

Ahead of Sutton's title winning 2017 campaign, Team BMR took the hit to add more weight high up in the car to gain some power.

But in the opening two rounds of the 2019 season at Brands Hatch and Donington Park, Sutton has been firmly at the bottom end of the results through the speed traps at the start line.

So what brought the Levorg into the BTCC - the road car's body shape and engine placement - has meant, when it's been transformed into a racer, and despite performance tweaks, the Levorg's never been the weapon of choice in a straight line.

If, as Faux says, it makes the challenge of racing the Levorg all the more difficult, then it's of little surprise to see Sutton putting his up-turn in early-season results down to the mixed conditions of qualifying, which have allowed him to stick the car on pole at Brands and score third at Donington.