Speed. There are many attributes that a successful modern racing driver needs, but they won't get far if they are not fast.

That's why pace remains the single most important factor when it comes to the Aston Martin Autosport BRDC Young Driver of the Year Award.

Hoggard won more races, set more poles and scored more fastest laps than anyone else during the 2019 BRDC British F3 campaign, so the signs of raw speed were already there when the testing process began.

Hoggard - who was up against fellow BRDC British F3 frontrunner Ayrton Simmons, Japanese F3 race winner Enaam Ahmed and W Series champion Jamie Chadwick - immediately impressed in both the simulator and fitness tests before the on-track work at Silverstone. 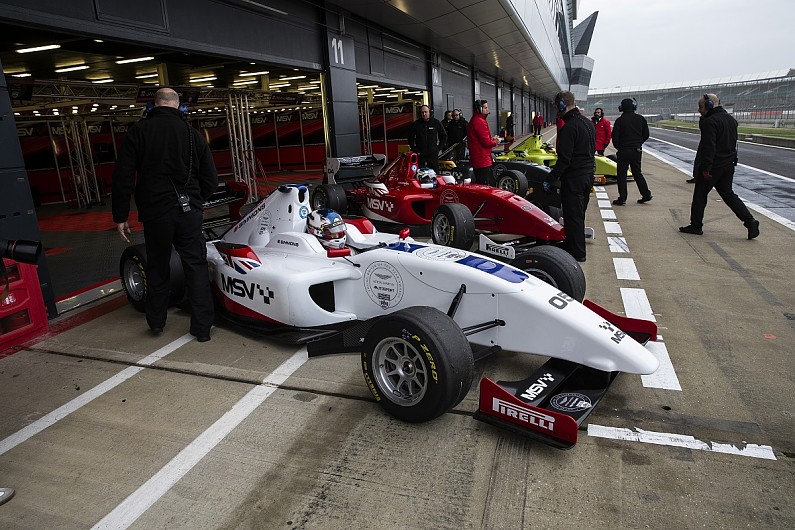 His attitude and preparation indicated he had several of the attributes the judges always want to see, and he carried that on when it came to driving the MotorSport Vision Formula 2, Garage 59-run Aston Martin Vantage GT3 and Ligier LMP3 cars.

Whether it was on old tyres, new tyres, with or without F2 overboost, in the dry or the wet, Hoggard was consistently fast. He gave both benchmark drivers, Darren Turner (in the Aston Martin) and Alexander Sims (in the Ligier), something to think about, actually beating the target time in one of the sessions on fresh rubber.

"The person that did the best was the person who asked the most questions beforehand," adds judge Darren Turner. "Johnathan showed very, very strong consistency.

"The ambient temperature was quite cold for the Aston Martin runs. The tyres came out of the oven and then dropped away and then plateaued, so the best lap was generally at the beginning of the run. He understood that and managed it. Once the tyres plateaued, he didn't overdrive it."

With most modern series having severely restricted running, being able to get on the pace quickly in any given car has become a key strength.

Hoggard demonstrated his adaptability in all circumstances, which should stand him in good stead for the future.

Although not necessary for success, it's also nice to see a standout run during the two days. Jenson Button in the Nissan Super Tourer in 1998, Sims in the DTM Mercedes in 2008 and Dan Ticktum in a drying F2 session in 2017 are among the best examples, and Hoggard provided another.

His relentless speed in wet conditions in the F2 pursuit was very impressive and provided the icing on the cake to an all-round performance that made him the 2019 Aston Martin Autosport BRDC Young Driver of the Year. 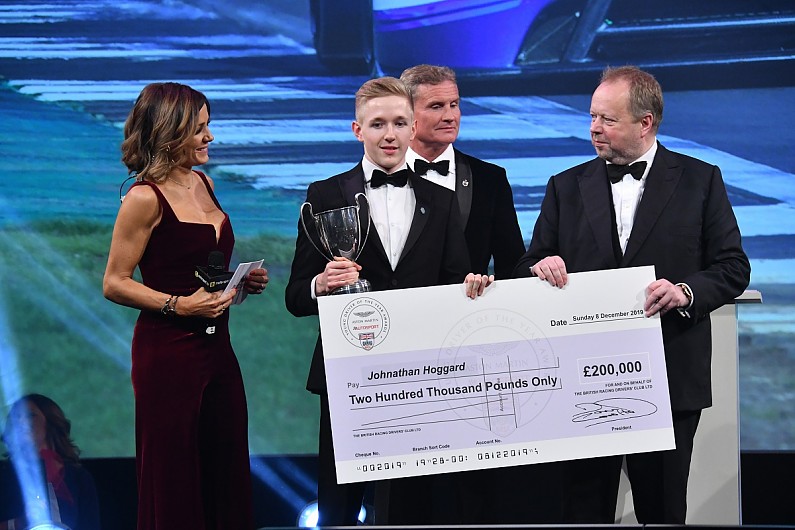