Tarquini carried an 18-point lead over YMR Hyundai driver Yvan Muller into the final race of the season.

Starting sixth on the grid, Muller needed to finish at least third to have any chance of beating his rival Tarquini, who started in 14th place, to the crown.

Muller initially made up ground at the start, jumping to fourth ahead of nephew Yann Ehrlacher and WRT Audi driver Jean-Karl Vernay, as Guerrieri passed polesitter Rob Huff for the lead on the run to Lisboa.

The prodigious speed of the Audi RS3 LMS meant Vernay was able to repass Muller before Lisboa, though, with Tarquini's BRC Racing Hyundai team-mate Norbert Michelisz also dropping behind the Audi in the second sector to keep Muller away from the podium places.

Tarquini was eliminated from the second race thanks to a collision at Lisboa, but survived any drama at the corner in the finale and by this point had made his way up to ninth, which would have required Muller to finish second.

Muller was brought back within reach of the top three when the safety car was deployed on lap three to allow Aurelien Panis's Comtoyou Audi RS3 LMS to be recovered from Paiol, but Michelisz immediately dropped back away from the leaders on the restart at the end of lap five. 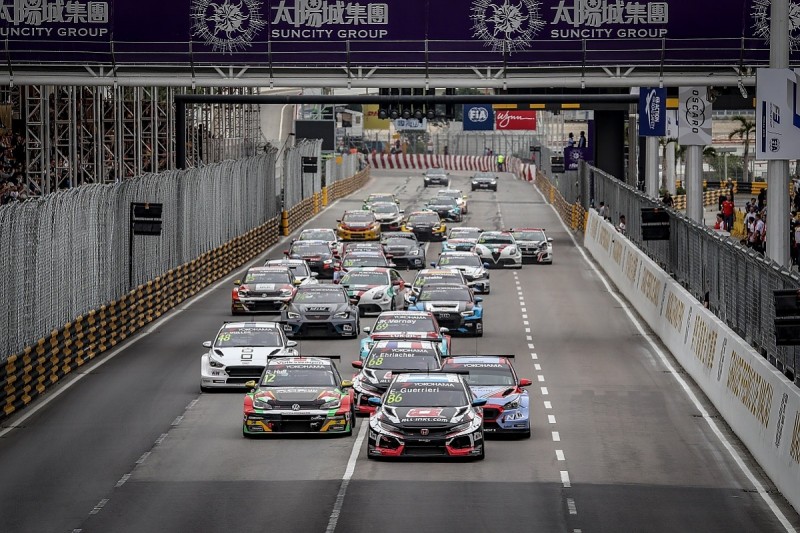 Muller's team-mate Thed Bjork relegated Tarquini to 10th with a deft overtake into Paiol on the first restart lap, but Tarquini stayed within touching distance of Bjork and the train of cars ahead as the race entered its closing stages.

He was then promoted to ninth when Vernay crashed at Lisboa on lap 11 of the extended 13-lap distance and, despite losing a position to Nathanael Berthon on lap 12, Tarquini's title was guaranteed when Zengo Motorsport driver Zsolt Szabo crashed at 'R' bend and stopped on the exit of the final corner, prompting a safety car.

Guerrieri held on to claim his second victory of the season, which also helped him secure third place in the drivers' standings, denying Huff a 10th Guia race victory despite the Briton starting two of the weekend's three races from pole.

Behind Michelisz and Muller, Ehrlacher came home fifth in his Munnich Motorsport Honda Civic ahead of Pepe Oriola (Campos Racing Cupra) and the Alfa Romeo Giulietta of Kevin Ceccon.