The Munnich Motorsport driver surged to the top spot in 1m26.546s during the single-lap pole-position shoot-out in Q3 to take the top spot from Comtoyou Audi racer Nathanael Berthon.

Having set the pace in Q2, Girolami had free choice of when to complete his Q3 lap; the Argentinian choosing to go last of the five drivers who had made it into the final section of qualifying.

His choice proved inspired as he beat home hero Berthon by just 0.026s, taking advantage of falling track temperatures in the afternoon to become the only driver to beat the pace-setting time of the morning’s opening practice session.

“It was insane,” Girolami said. “I was doing the maximum that could be achieved. We knew the track temperature was going down so choosing to go last was going to be an advantage.

“Tomorrow will be tough. The Audis are very strong in a straight line so I will have to make a good start and build a nice gap in [the twisty] sector two and then try to survive.”

Behind Berthon’s Audi were BRC Hyundai's Mikel Azcona, Girolami’s Munnich team-mate Esteban Guerrieri and Gilles Magnus, whose Comtoyou team replaced his Audi’s turbo in just 15 minutes at the start of the session.

Series leader Azcona saw his advantage reduced from 36 points to 34 by Girolami – his nearest title challenger – as a result of the bonus points awarded for qualifying. 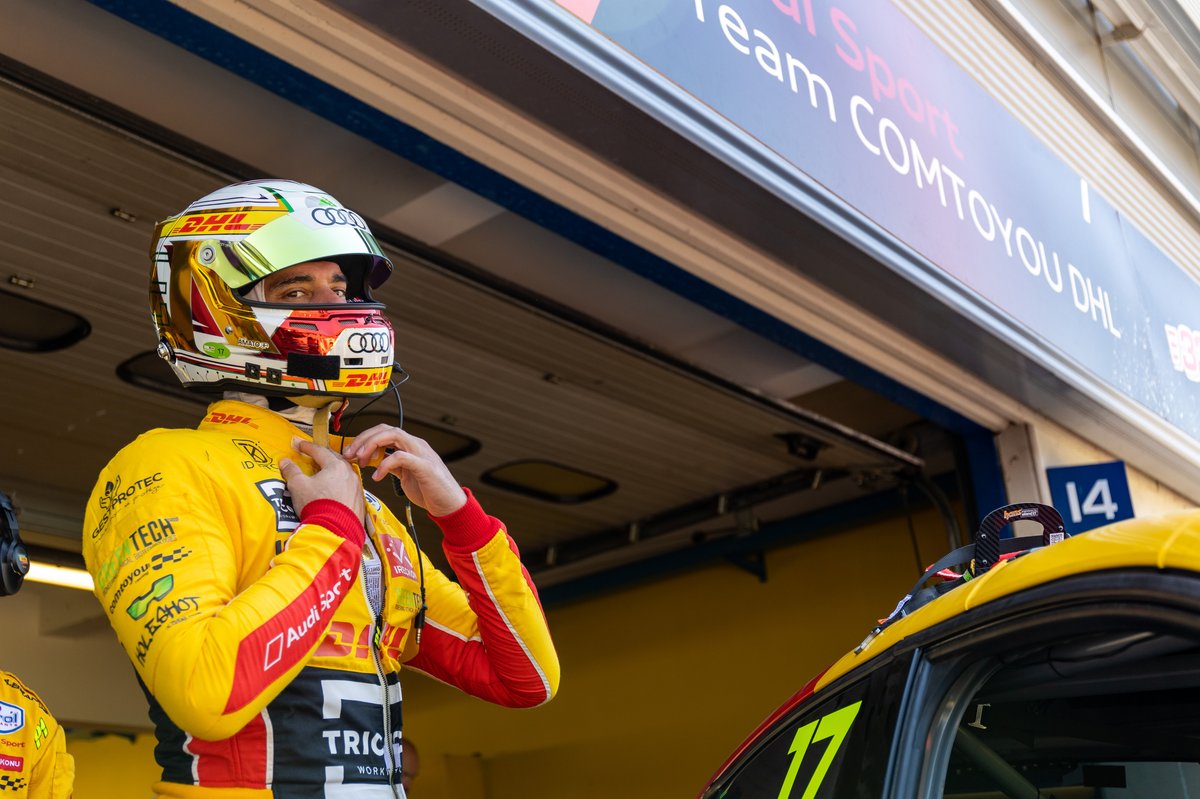 Engstler Motorsport’s Tiago Monteiro enjoyed his best qualifying performance of the season in sixth spot while Honda team-mate Attila Tassi was knocked out of the reckoning for a top-10 result – and pole position on race two’s partially-reversed grid – by just 0.034s.

Bennani will start from pole position for race two with Huff, Michelisz and Coronel completing the front two rows.

After withdrawing its five Lynk & Co 03 TCRs on the warmup laps of both Vallelunga races last time out, Cyan Racing announced earlier this week that it will not participate in the remainder of the 2022 championship due to concerns over the safety of Goodyear's tyres, leaving just 12 starters for the Alsace track's inaugural WTCR round.