The KCMG Honda driver scored his first World Touring Car win since April 2017 by beating the Cyan Racing Lynk & Co 03s of Yvan Muller and Yann Ehrlacher in the main race in the Portuguese city.

It marked the culmination of his recovery from a serious testing crash at Barcelona in September 2017, which prevented Monteiro from making a full-time return to racing until this year's opening WTCR round in Marrakech.

Asked to describe how he felt in the final laps, Monteiro said: "It was very tense and very emotional. It was very hard actually.

"Usually I'm OK until the last few corners, I don't really think about it. But I have to say that this time with two laps to go I started to think about it: 'Is this going to happen?'

"And you start to lose a bit of focus, you start to see all the flags, everybody standing up. I cannot look at that, I just focus on the road."

Monteiro started second, but capitalised on KCMG team-mate and polesitter Attila Tassi slowing as a result of misfire - which forced the Hungarian's eventual retirement - on lap three to take the lead. 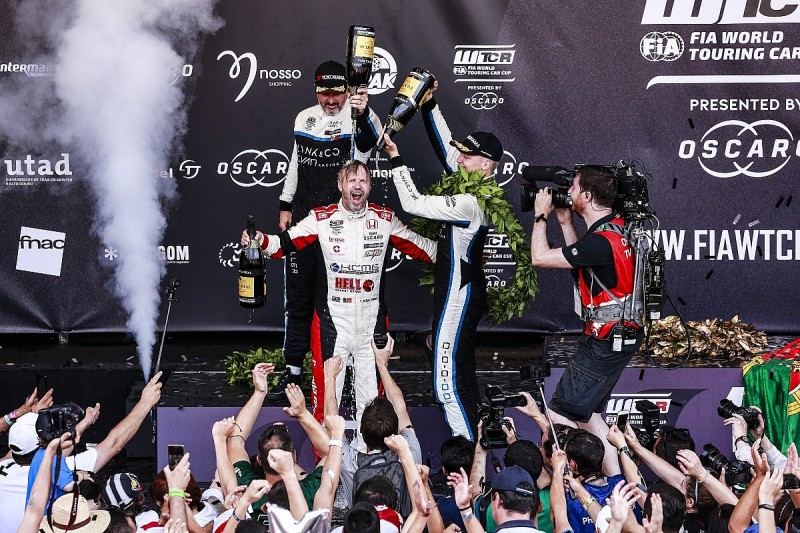 "It was hard [to focus], especially because my team-mate retired with a mechanical failure," continued Monteiro.

"I had some issues in the beginning in the first two laps, so you never know what can happen.

"A lot of things go through your mind, but you just have to keep doing good work and see it to the end. But I have to say the last half lap was very, very emotional."

Family members Muller and Ehrlacher shared a podium for the first time by finishing second and third, but that success was overshadowed by the death of one of Cyan's technicians on Saturday evening.

The 21-year-old, who has not been named, was attended to by medical staff in the team garage but later passed away in hospital in Vila Real.

"It's an emotional and special day for us," said Muller.

"But mainly because we lost our colleague and friend last night, one of our mechanics who passed away.

"Last night [Saturday] at midnight we were still at the truck saying what do we do tomorrow, do we race or not?

"And finally the family of this young guy said, 'Yes please, race and do a podium for him'.

"So I dedicate this to him."

Ehrlacher added: "We did a good weekend as a team, we did two podiums, good points for the championship, but the most important thing, as Yvan says as well, [is] we lost a colleague, a friend yesterday evening.

"The team did a mega job and they are heroes because this guy gave us a lot of power to do what we did today and the podiums from today are dedicated to him.

"This is really for him, and like Yvan my thoughts go to his family who are quite far away." 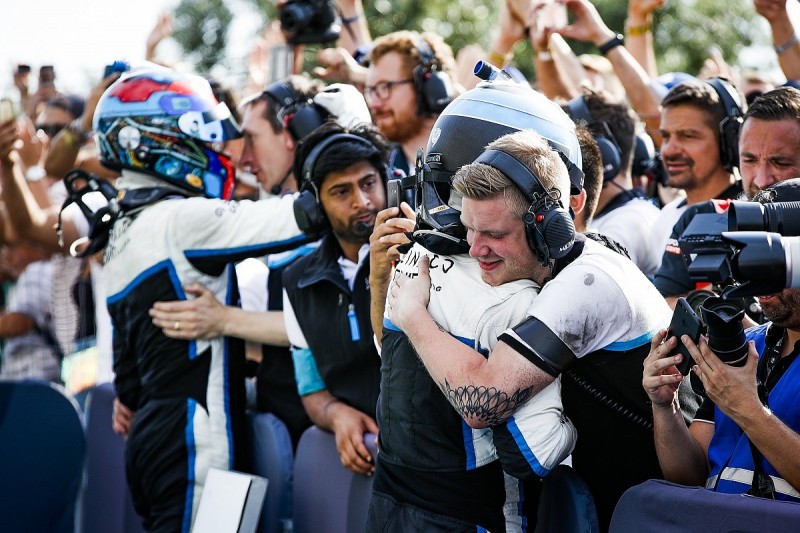