Scheider, who won back-to-back DTM titles in 2008 and '09 with Audi, retired from the series at the end of the '16 season and spent last year racing in World Rallycross.

He also entered the 2017 Nurburgring 24 Hours with the Schnitzer BMW squad.

Scheider has contested two WRX rounds this year in a SEAT Ibiza run by Munnich - the team he also drove for in the series in 2016.

He will compete for the team again in Latvia this weekend.

Scheider will then join Munnich's three-car WTCR line-up, alongside Esteban Guerrieri and title hopeful Yann Ehrlacher, a fortnight later for the first part of the Asian leg of the calendar, the September 29-30 visit to Ningbo.

That round is the first part of a scheduled double-header in China, one week before the street circuit race in Wuhan, and Scheider will also race at Suzuka before contesting the Macau season finale.

"It will be a hard challenge for me to join the championship in the middle of the year without any experience," said Scheider.

"But due to the fact that I like new challenges I will give it all to get it done as good as possible.

"I have no experience of any of the tracks, unfortunately, but I will be supporting my team, having fun, making my first experience with a front-wheel-driven car and finally making my debut in Macau."

Scheider's deal means Munnich will re-expand to three cars after it was forced to run just two Civics in Slovakia in July.

Thompson's agreement with the team covered the first five rounds of the season, which concluded with June's visit to Vila Real, in which his car was sidelined from all three races after a huge accident in the first race. 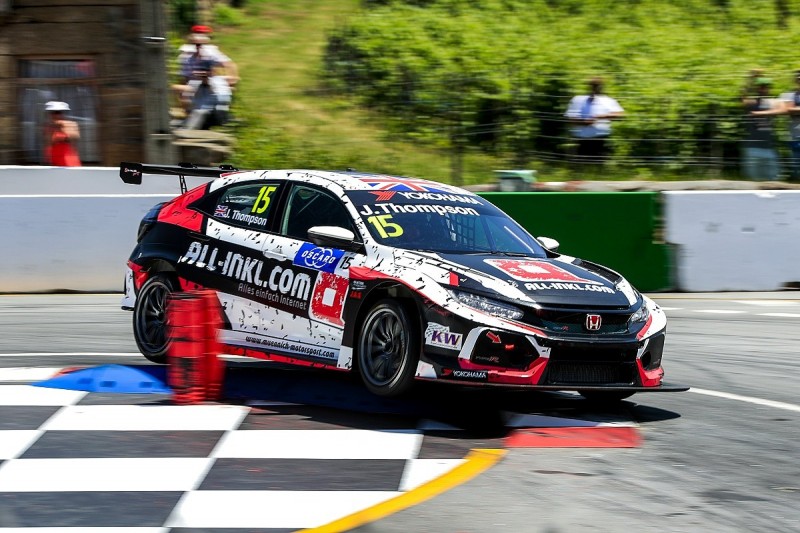 The two-time British Touring Car champion was not available for the Slovakia round, while Honda said the repair work left it short of adequate time to test and prepare a replacement driver.

"We've brought Timo into our team for the last four rounds of the championship, as we believe he'll really bolster our challenge for the FIA World Touring Car Cup title," said Munnich team manager Dominik Greiner.

"He has tremendous experience in touring cars.

"The main focus for him is the season finale in Macau, so the next three rounds in China and Japan will be more about preparation, as he won't be able to test the car beforehand as they're already in transit to Ningbo."

Ehrlacher is currently fourth in the 2018 drivers' standings, 31 behind leader Gabriele Tarquini, with two victories.

Munnich is third in the teams' standings behind the BRC Racing and YMR Hyundai outfits.