Mikel Azcona became the first two-time PURE ETCR winner with a dominant drive on Sunday at the Hungaroring that set up a five-way final-round title shoot-out for the all-electric touring car series.

The Spaniard had already won both of his Saturday battles and added to that by topping Time Trial B to secure pole position for the second SuperFinal that brought the event to a close.

Following Philipp Eng’s SuperFinal A victory, Azcona knew that only first place in his SuperFinal would be enough to secure the round for the CUPRA X Zengo Motorsport driver.

Despite a frantic first lap - which was actually a lap and a half due to the Starting Gate being located between Turns 11 and 12 - that involved short spells in the lead for Luca Filippi and Jean-Karl Vernay, heavy early use of of his 200kW Power-Up allowed Azcona to pull clear.

His success meant he beat Romeo Ferraris-M1RA driver Eng and Azcona’s own CUPRA team-mate Mattias Ekstrom to the overall round victory; his perfect 77-point haul defeating Eng (72) and Ekstrom (63), who were first and second in SuperFinal A. 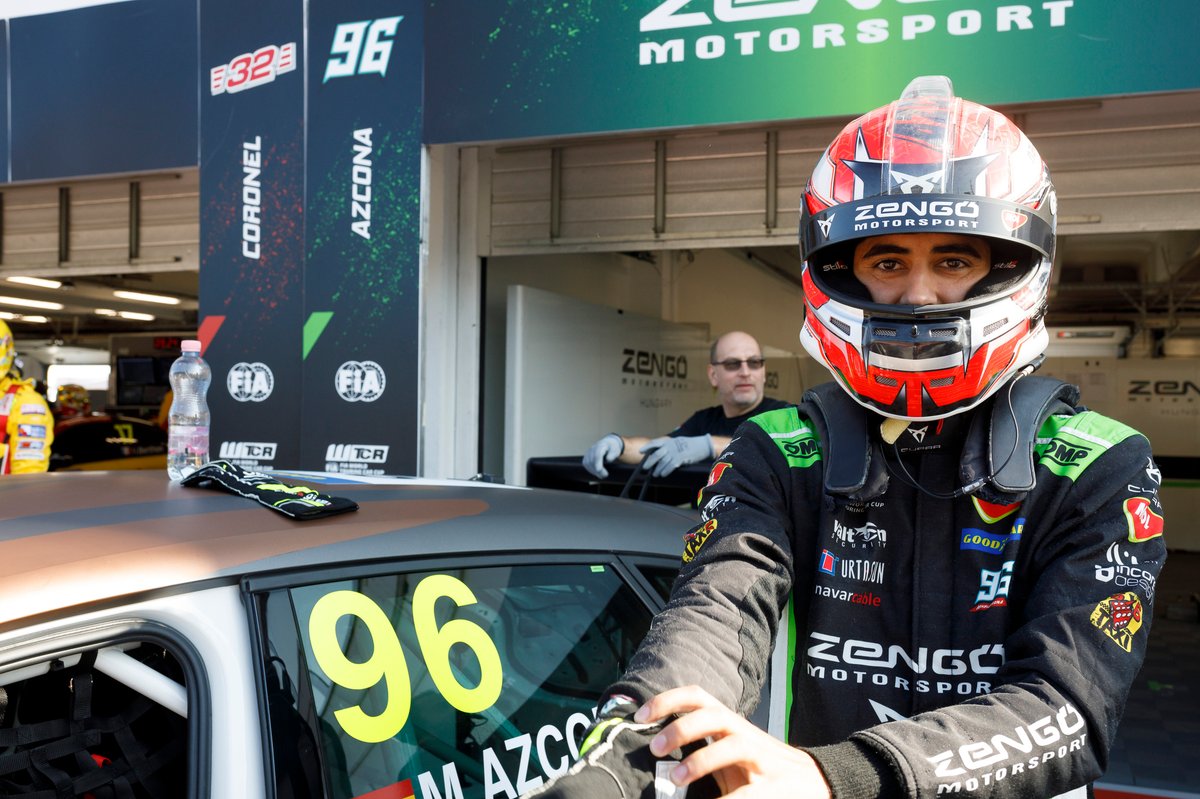 Hyundai Motorsport N’s Jean-Karl Vernay was second in Superfinal B and fourth overall - a superb result for the Frenchman after the Veloster he shares with Augusto Farfus was forced to miss the earlier SuperFinal due to an unnamed technical fault.

Home hero Daniel Nagy was third in SuperFinal B, but incurred the wrath of the Race Stewards for spinning Filippi off the track at the end of the start/finish straight and was penalised 20 championship points for the offence.

Filippi brushed the wall lightly and continued, but the minor impact caused a piece of his bodywork to cut his left-rear tyre, leading to a spectacular blow-out a lap later that put his Giulia ETCR out.

Ekstrom leads the standings by 29 points with 77 still available at the newly-relocated final at Pau-Arnos, France, on 15-17 October.