Petter Solberg's Volkswagen-backed World Rallycross outfit will expand to field a third Polo GTi Supercar for the penultimate round of the 2017 series in Germany.

The PSRX squad will run a third car at Estering at the start of October for Volkswagen test driver Dieter Depping.

The 51-year-old German, who has won the German Rally Championship three times and also contested the Dakar rally, will join regular drivers Solberg and Johan Kristoffersson for his rallycross debut at his home event.

Kristoffersson and Solberg are currently first and second in the world championship standings with four rounds of the season remaining.

"When [Volkswagen motorsport director] Sven Smeets asked me if I could envisage starting at my home race in Buxtehude, I didn't need to think about it for long," said Depping.

"I'm really looking forward to the races at the Estering, but I also have a huge amount of respect for them - particularly the start."

Depping also has experience of circuit racing, driving in the Nurburing 24 Hours race in 2010.

In his role as Volkswagen's test driver since 2001, Depping played a pivotal role in the development of the Polo R WRC that dominated in the World Rally Championship and also formed the basis of the Polo GTi Supercar for 2017.

"I will prepare well for the races and am already looking forward to the great setting at the Estering," he added.

"My thanks also go to Petter Solberg's team, who are taking me and my Polo under their wing for this competition."

Smeets added: "Dieter has done a valuable job for Volkswagen as a test driver and racing driver for many years now.

"He was part of the Dakar team, was involved in the development of countless racing cars and played a major role in Volkswagen bringing home a total of twelve world championship titles with the Polo R WRC.

"The start in Buxtehude is a way of thanking Dieter for his fantastic work, but we are also delighted to have a local hero lining up at the rallycross highlight in Lower Saxony."

The Polo GTi has been the car to beat in World RX this season, and has won the previous five rounds of the championship.

With four wins to his credit, Kristoffersson currently leads Solberg by 35 points in the drivers' championship, while the squad leads the teams' standings by more than 100 points. 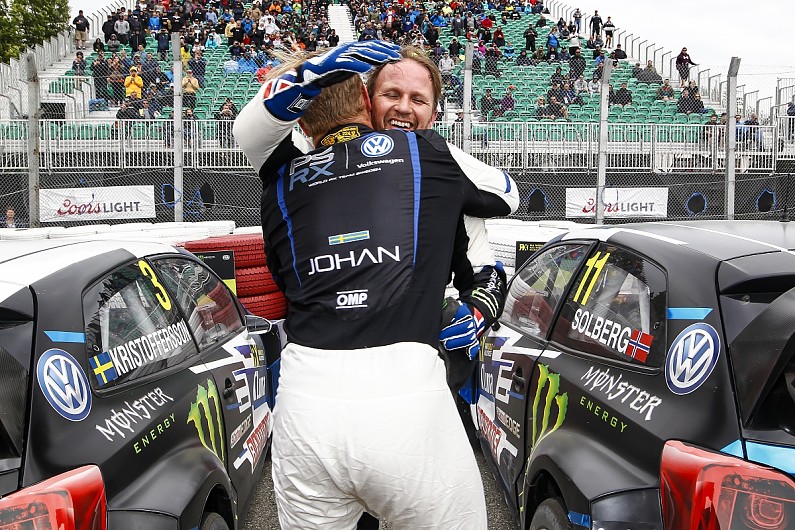