Britain's World Rally Championship round will start in England for the first time in 20 years, with Wales Rally GB flagged away from Liverpool into an opening Oulton Park stage

The confirmation of Liverpool as a start venue and Oulton Park as the opener are the highlights of the main revisions to the 2019 route.

The service park is also being moved from Deeside to Llandudno and there is a new Colwyn Bay stage on Saturday evening. The move means Oulton Park returns to the Rally GB timetable for the first time since 1993.

Motorsport UK chief executive Hugh Chambers said: "We feel strongly that by moving the start to Liverpool and Thursday evening's curtain-raiser to Oulton Park, this year's Wales Rally GB will not only get off to its most accessible and exciting start for many years but will also entice more people into Wales for the incomparable action which follows in the forests.

"The addition of Colwyn Bay will further assist us in our efforts to showcase this remarkable sport to even wider audiences - a quest that's endorsed by our decision to move the service park into Llandudno town centre." 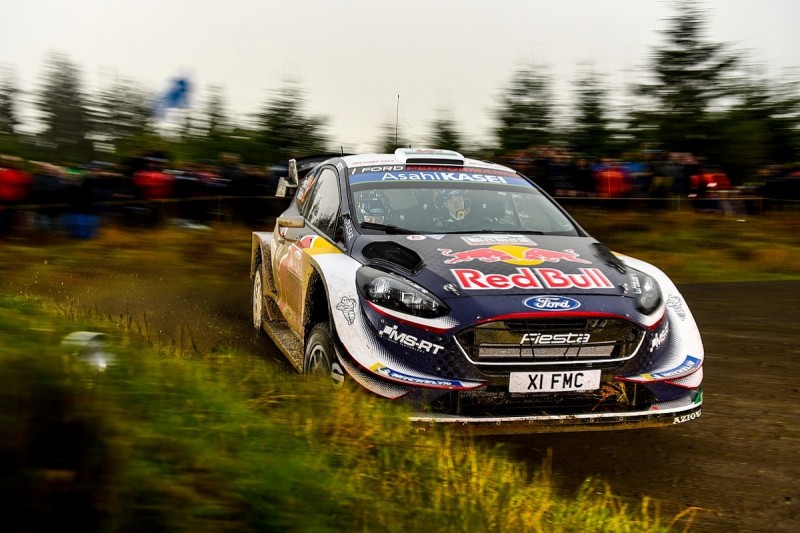 The mainstay of the action on the October 3-6 event will remain the same as last season, with the forests of North Wales being used on Friday and Sunday.

Route co-ordinator Andrew Kellitt has once again worked hard to evolve the route that has been hampered by the FIA's regulations on the length of road sections and the tree disease which has prevented the use of the Gartheiniog test.

The Dyfnant stage moves from Saturday to Friday for this year and will be run twice in October.

Aberhirnant will also be back on the itinerary, again running on the opening day.

Saturday's Dyfi, Myherin and Sweet Lamb Hafren stages are all extended from last year to cover the loss of Dyfnant and Gartheiniog and day two is marginally longer than last season.

The woods used on Friday and Sunday switch around, with the roads Elsi and Penmachno roads close to Betws-Y-Coed moving to open the event's gravel action Gwydir, which is also in this area is Thursday's shakedown stage.

The Clocaenog area is used on Sunday with Alwen and Brenig running twice. Brenig returns as the powerstage.

The Great Orme stage runs just once this season and will only include the headland stretch mainly because streets of Llandudno are busy being the service park.

Wales Rally GB had recently been told by the WRC Promoter that a move away from Wales was seen as key to its long-term prospects on the calendar.