Toyota’s Takamoto Katsuta has retired from the opening day of the penultimate round of the World Rally Championship in Spain following a crash on the first stage.

The Japanese driver, once again partnered by stand-in co-driver Aaron Johnston, misjudged a tight Tarmac right-hander on the Vilaplana test resulting in a heavy impact with the barriers 18km into the 20km stage.

Katsuta’s Yaris suffered significant damage to the front left of the car, the suspension and wheel taking the brunt of the impact.

Despite the damage, the Toyota development driver was able to drag the car to the finish with the front left wheel hanging off.

“We had a crash, we hit the barrier at the end of the stage,” said Katsuta.

“I misunderstood something from the pacenote, Aaron called it correct but I didn’t understand it correctly.

“I expected an easier corner but it tightened a lot. I could not stop.

“I’m very sorry for the team and Aaron as they had prepared for this event very well.

“We came here to show speed and a get a good result but unfortunately it ended by my mistake.

“I hope to be back out for tomorrow but this is not something I expected.” 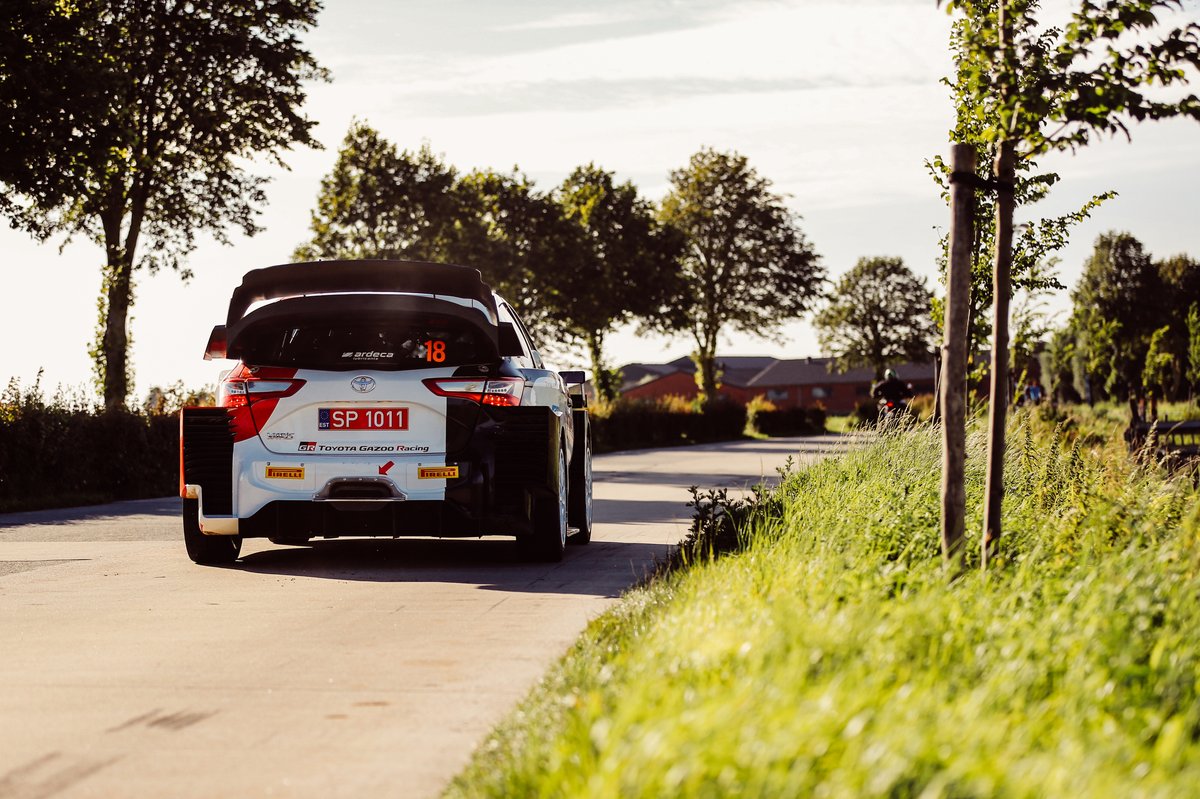 The crash is the latest in a line of incidents following a strong first half of the season that initially left Katsuta as the only driver to finish inside the top six at each of the opening six events, highlighted by a second place - a maiden podium - on June's Safari Rally.

However, since then, he was forced to retire from Estonia after regular co-driver Daniel Barritt injured his back.

A frightening crash in Belgium put him out of that event before having to withdraw ahead of the Acropolis Rally after a family emergency forced stand-in co-driver Keaton Williams out.

Last time out at Finland, Katsuta, driving with Johnston for the first time, crashed out on stage eight after clipping a tree.

It is not yet clear if Katsuta will return to action in Rally Spain under restart rules.

Aside from the crash, Toyota’s Elfyn Evans made the perfect start to Rally Spain and his title fight with team-mate Sebastien Ogier, beating the Frenchman by a whopping 8.1 seconds.

The WRC crews will tackle two more stages this morning before a repeat of the loop this afternoon to conclude the day’s action.