The Toyota pair are locked in a fight for the championship with Ogier set to claim an eighth world crown if he outscores Evans by six points on the Tarmac in Spain.

It was Rally Finland winner Evans that took first blood, sweeping the three morning stages to open up a 7.9-second lead over Hyundai's Thierry Neuville following a strong start from the Belgian.

Ogier struggled to match the pace of his team-mate, ending the loop in third overall, 12.6s adrift of the pace.

Evans certainly did his talking on the road opening the rally with an emphatic first stage time that left the field stunned, including Ogier.

The title contender blitzed the opening 20km test to win the stage, clocking a time 8.1s faster than Ogier.

“The car is working quite OK,” said Evans. “A few places coming down the hill where it was a bit on the edge, but it feels quite good.”

Ogier admitted that he was too cautious and needed to “wake up” after slipping behind Hyundai’s Neuville, who emerged second fastest, some 5.1s shy of pacesetter Evans.

Tanak was third fastest ahead of home hero Sordo and Rovanpera, while Fourmaux was the top M-Sport runner in seventh.

WRC rookies Solberg and Solans navigated the stage successfully in their Hyundais but the same could not be said of Toyota’s Takamoto Katsuta, who crashed heavily two kilometres from the end. 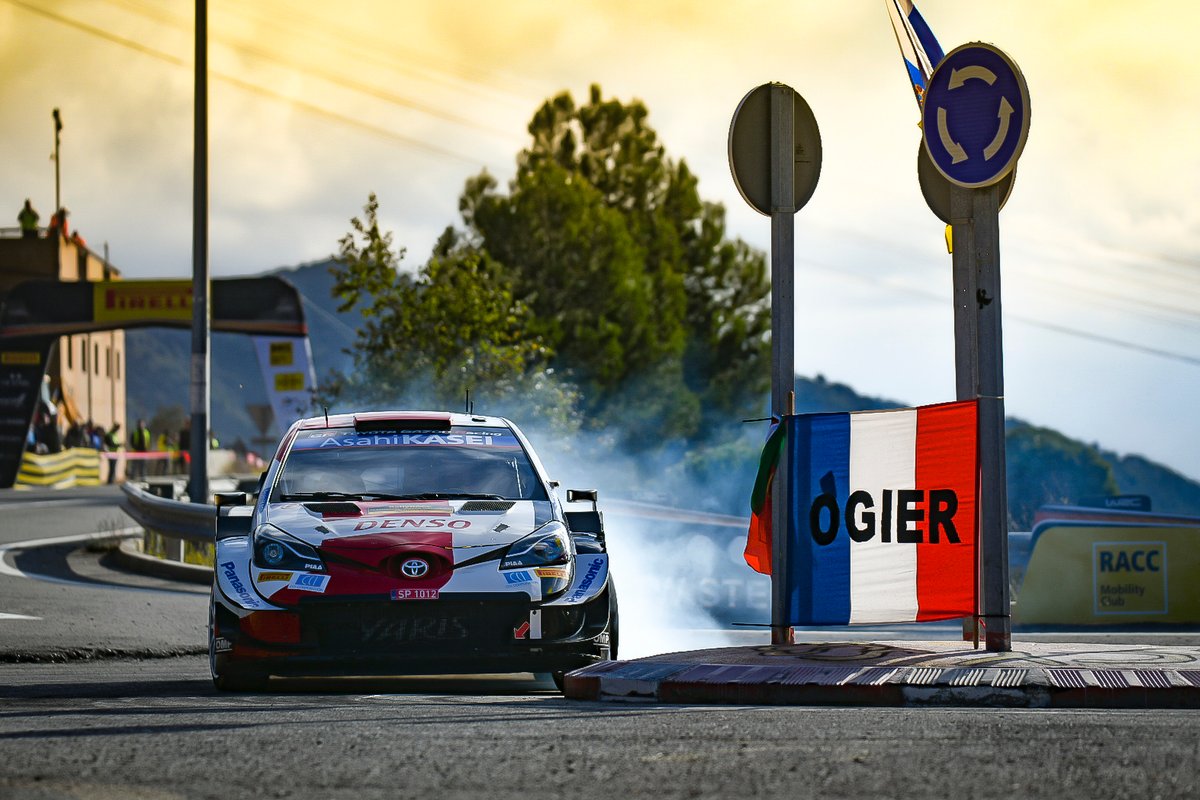 The Japanese driver misjudged a right hander and clattered into the barriers, damaging the front left suspension and wheel, which put him out for the day.

Evans continued his blistering start on the second stage although he and Neuville ended the test with identical times at the top of the leaderboard.

The times arrived despite the pair reporting a lack of confidence.

"Not a great feeling to be honest,” said Evans. "I found myself being a bit too careful with my notes. It's a completely new stage and I was not as committed as I could have been through the stage."

Neuville added: "I am trying, but I am not confident in the car. I can not push as much as I want, so we need to work on the chassis."

The duo were, however, 3.1s faster than nearest rival Ogier, who was yet to find the the sweet spot in his Yaris.

"I tried a bit more for sure," said Ogier. "I had a bit of a slide at the beginning that I didn't expect. For sure, someone who had a good wake-up this morning is Elfyn."

Sordo was the best of the rest in fourth while team-mate Tanak dropped 21.3s after admitting to having "quite an impressive spin" early in the stage.

Solans was also fortunate to reach the finish after battling with a misted up windscreen.

Evans completed a sweep of the morning stages by winning the third test of the rally by 1.4s from Ogier, who produced his strongest showing so far.

Neuville ended the stage frustrated by understeer that required the Ypres Rally winner to use the handbrake to successfully turn the car. He dropped 2.8s to Evans on the stage.

"Understeer. I tried really hard but no way. I can't even turn,” said Neuville.

Sordo finished the morning strongly with the third fastest time, which was identical to that of team-mate Tanak.

Rally Spain continues with a repeat of the morning loop on Friday afternoon.