Katsuta, who won the rally’s opening stage on Friday, suffered a wild moment on the second stage of the Saturday morning loop only 400 metres from the finish.

In his first event with stand-in co-driver Aaron Johnston, the Japanese ran wide upon landing from a jump, resulting in the Yaris clipping a tree with the right rear. The impact spun the car across the road and into the undergrowth.

Unable to rejoin the road, the pair were forced to exit the stranded car with the stage end almost in sight.

Katsuta had started the day eighth, having dropped 21 seconds on Friday’s Stage 2 after a wild 360-degree spin exiting a sixth-gear left-hander. The pair managed to avoid any contact and Katsuta was able to re-fire the car.

Toyota is hopeful Katsuta will be able to continue under restart rules on Sunday.

Katsuta was not the only driver to hit trouble on Saturday morning as WRC2 driver Oliver Solberg - who split with Johnston before the event - rolled on Stage 7.

Details of the crash remain unclear, but Solberg’s car was pictured on its roof next to some trees on the stage.

The Swede and new co-driver Craig Drew, who also had a shunt in the pre-event recce, confirmed they were “okay” after the impact. 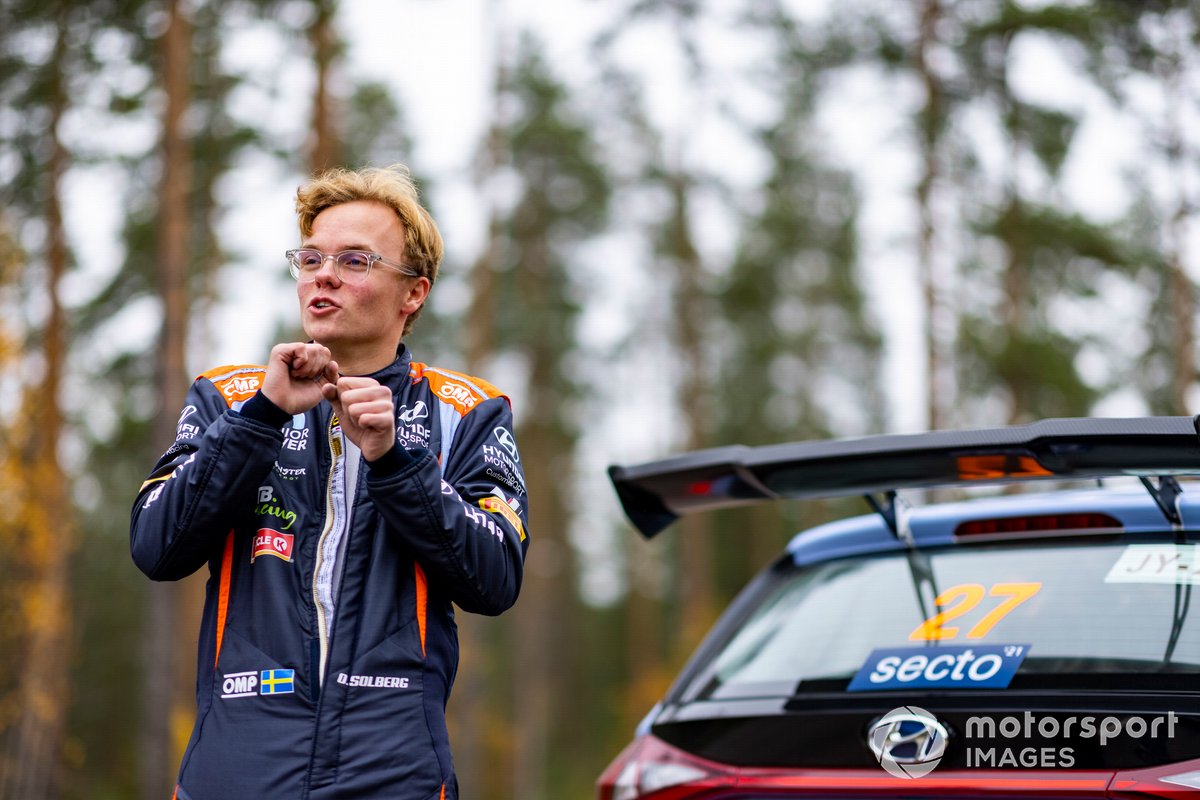 “We have stopped 3.3km into SS7. Both me and Craig are okay,” read a post on Twitter.

The pair had started the day fourth in the WRC2 class.

Aside from the high-profile accidents, there has been plenty of drama at the front of the field, as Toyota’s Elfyn Evans leapt from third to the lead after winning the opening two stages of the morning loop.

The Welshman had started the day 6.1s adrift of Hyundai’s Craig Breen but two standout times on the first two stages gave Evans a 0.9s lead over the Irishman.

Crews will tackle nine stages in total on Saturday, the longest day of the rally.