Sebastien Ogier opened the World Rally Championship's Rally Monza on top of the leaderboard, with the Toyota driver closing out the first stage half a second ahead of Thierry Neuville

The WRC's final event of 2020 is underway after an initial 4.3km (2.7mi) blast round the Villa Reale at Monza, with six-time champion Ogier taking his Toyota Yaris to an early lead over Hyundai's Neuville.

In slippery conditions, featuring fog and ice patches around the historic venue early in the morning, the outcome of the ACI Rally Monza will decide the WRC drivers' and manufacturers' titles, together with those of the WRC2, WRC3 and Junior WRC.

Both Ogier and Neuville have a mountain to climb if they are to overhaul Toyota's championship leader Elfyn Evans to claim this year's WRC drivers' title, but the Welshman gave himself a couple of scares throughout the day.

A spin on the morning shakedown knocked his exhaust out of alignment, then he survived a narrow escape turning into the infield section on his first timed run, putting him 2.7 seconds off the pace in fourth place. 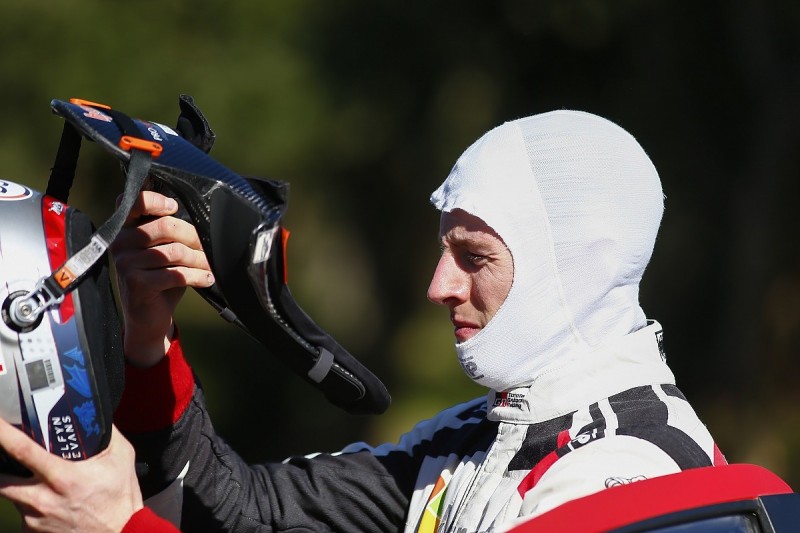 Evans needs only to maintain fourth place overall to take the title while Ogier, Neuville and third-fastest driver Ott Tanak require anything from good luck to a miracle in order to keep their title hopes alive.

The only incident of the day befell the third Toyota of Takamoto Katsuta, who arrived at a grassy hairpin and could do nothing to stop the front of his car from clouting the retaining wall to the Grand Prix circuit.

Once more, the WRC3 runners were faster than the WRC2s, with title contender Jari Huttunen's Hyundai fastest from WRC veteran Andreas Mikkelsen's Skoda, Oliver Solberg holding third in his Skoda.

Five more stages will be completed around the Monza circuit on Friday, using all of the access roads and the historic banking to give a day total of 59.61 competitive kilometres.