Leading Toyota contenders Tanak and Latvala went into the pair of runs through the 0.75-mile stage sitting comfortably in first and second, but a burst of rain midway through the stage changed the battle at the front of the field.

There is now 20 seconds between the pair, while Hyundai's Hayden Paddon is just 4.4s behind Latvala in a reinvigorated battle for the lower podium spots.

Tanak encountered a mixed bag in terms of conditions, his first run coming in the dry while his second was in the better of the wet running.

Latvala, meanwhile, was the least fortunate with the weather, with his two runs in the wet costing him significant time - his 10-second edge over Paddon from the forest stages was more than halved thanks to the Hyundai driver getting his first run done in the dry. 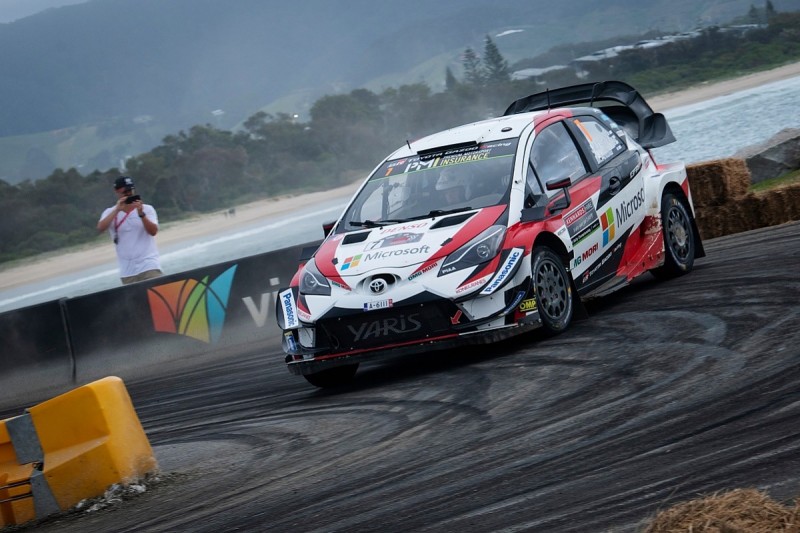 An unhappy Latvala called for the times to be disregarded.

"We are waiting two hours here to drive the superspecial. Then some are in dry conditions, some are in wet.

"It's not the same race. For me, we should cancel the times. This is stupid."

There was little change for the remaining title contenders - with M-Sport Ford Fiesta driver Sebastien Ogier still 54s off the lead in sixth and Hyundai's Thierry Neuville eighth, 2m35s off Tanak.