Andreas Mikkelsen moved into the Rally Argentina lead on Friday morning, but only by one second over a flying Ott Tanak

An impact with a rock on the day's opening Las Bajadas stage caused Tanak to spin and left his Toyota with minor steering damage, leaving him running ninth.

Despite the steering not being right for the following two stages, Tanak won both and surged back up the order.

That brought him to within a second of Mikkelsen, who had hit the front for Hyundai on SS3.

World Rally champion Sebastien Ogier had led at the end of SS2, where conditions proved better than expected for him as first driver on the road.

But the road-cleaning effect had a bigger impact on the next two stages and Ogier slipped back to fourth behind Kris Meeke - albeit still within 5.3s of the lead.

Shakedown pacesetter Jari-Matti Latvala ran third after SS2 and his early SS3 splits suggested a challenge for the lead, only for the Toyota driver to break his suspension on a rock and have to retire from the day. 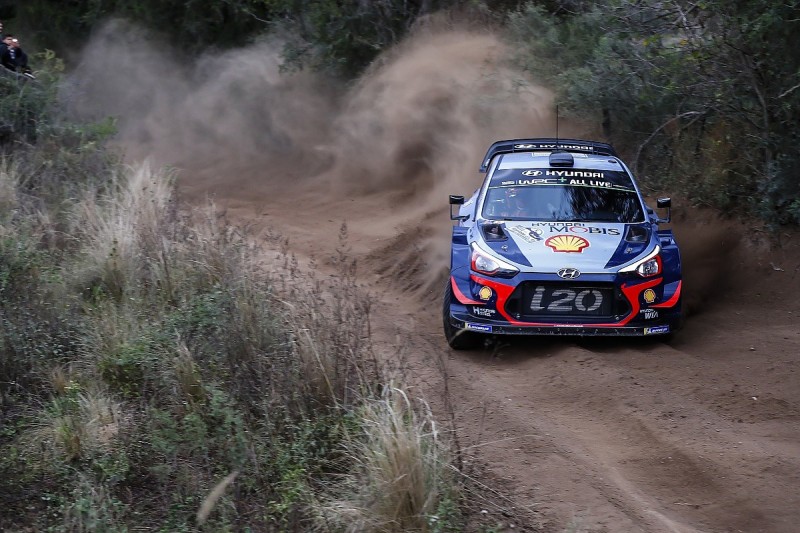 Ogier's M-Sport Ford team-mates Elfyn Evans and Teemu Suninen have struggled for pace so far and are falling away from the rest of the WRC pack in ninth and 10th.

In WRC2, Pontus Tidemand has established an early lead in his works Skoda.