Neuville made a one-off appearance at the classic Belgian rally for the second consecutive year in a Hyundai i20 R5, with a special charity livery.

He crashed out of the event last year, but made few mistakes on this year's rally, building and maintaining a comfortable lead from the second stage to the finish.

Neuville beat a quintet of his fellow countrymen, all driving Skoda Fabia R5s and led by Vincent Verschuren - who finished 40.4 seconds adrift.

"At the Ypres Rally you can always end in a ditch, so towards the end we just wanted to avoid the mistakes and make sure we protected the lead," said Neuville. 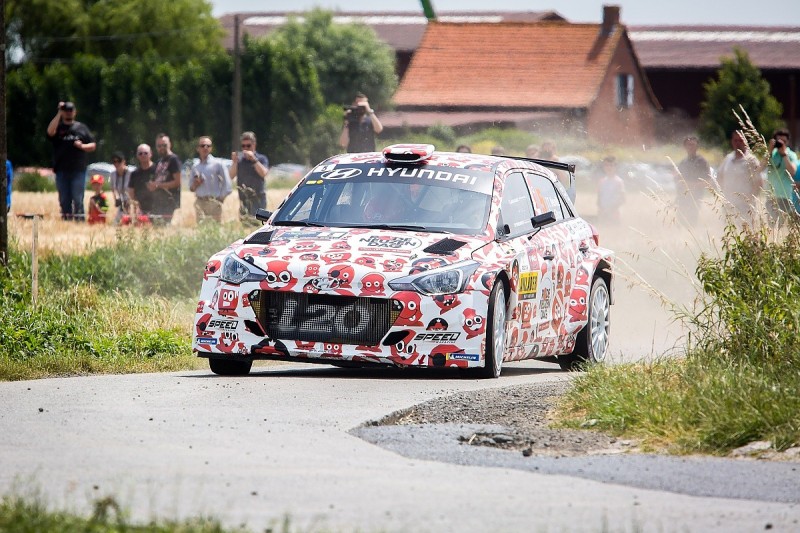 Bryan Bouffier, the 2017 Ypres runner-up, won the opening stage of the rally but suffered a heavy crash on the very next stage and was hospitalised with a compressed vertebra that will sideline him from competition for a period.

WRC2 Skoda factory driver Ole Christian Veiby was another big-name casualty on Friday, sliding his Fabia R5 off the road on the penultimate stage of the day.

For the second successive year, the Ypres Rally played host to a round of the British Rally Championship, with Keith Cronin leading until the last stage of the rally.

Cronin lost over a minute on the last stage with a puncture and fell to third, handing victory to M-Sport works driver Matt Edwards and second place to David Bogie.

The BRC section featured a catalogue of dramas including Martin McCormack crashing his Skoda Fabia R5 out of second in class on the final leg.