Meeke was dropped by Citroen ahead of the last WRC round in Italy following recent crashes.

Ostberg is well known to Citroen, having driven for its factory team in 2014 and '15 before returning for a three-round deal this season.

That programme finished in Italy, but Ostberg has now picked up Meeke's drive and is confirmed for the rest of the season bar Catalunya in October - where he might have to move aside for Sebastien Loeb's final appearance.

"This is fantastic news for me," Ostberg told Autosport. "I am so happy to have the rest of the season sorted.

"I am talking to the team and negotiating for Spain, this is a nice rally and somewhere that I have gone well before - I would like to be there.

"But the main thing is that I have a deal for the other rallies."

Ostberg has finished in the top six on all three of his 2018 appearances so far.

"We all know about the situation [that made the seat available], but no matter what the circumstances, I'm just glad that I got the seat," he said. 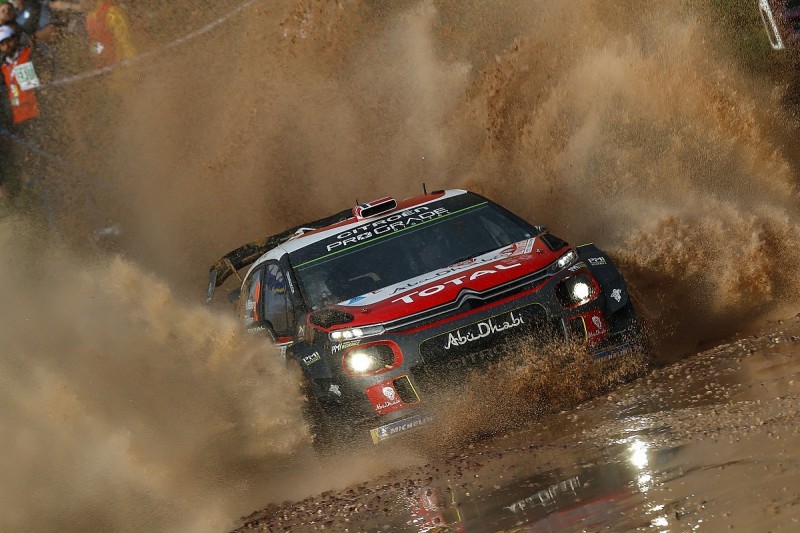 "I think I delivered on the rallies that I have already done and now I'm looking forward to getting more used to the car in the next events.

"It will still take me some time, I was comfortable in the C3 in Sweden, but then I struggled a bit on the gravel.

"There is so much to adjust on a modern World Rally Car and the pace is so fast but now I have some time to work with the team."

"I didn't know Craig from before but he's really easy and open to work with," said Ostberg.

"He's a very nice guy and there aren't always so many of them in this world."

Both drivers will begin their pre-event Rally Germany test in and around Saarbrucken later this week, while Breen heads up Rally Finland preparations with an entry on next month's Rally Estonia.

Finland is next on the calendar and Ostberg believes he can start his new deal strongly there.

"You need confidence in the car there, but I have shown in the past that I can go well on this event - and Craig and Citroen have both had great results there as well," he said.

Ostberg's agreement is for the remainder of this year. Both he and Breen are out of contract at the end of the season.