Elfyn Evans has taken the lead at Rally Finland after dominating an eventful Saturday morning loop highlighted by a crash for his Toyota World Rally Championship team-mate Kalle Rovanpera.

Title contender Evans produced one of the finest loop of stages of his WRC career, winning all four gravel tests to leapfrog the Hyundais of Ott Tanak and overnight leader Craig Breen.

As a result, Evans ended the morning with a 5.6s lead over Breen while Tanak is 9.7s adrift.

However, the big story of the morning was Rovanpera's demise, as the Acropolis Rally winner crashed out on Stage 10, the final test of the loop.

The Finn had struggled for pace on the previous three stages, slipping away from the lead battle in fourth spot, when he lost the rear of his Yaris and ploughed into a pile of gravel placed in front of a telegraph pole.

Wildcard Toyota runner Esapekka Lappi ended the morning fourth overall, ahead of Hyundai's Thierry Neuville, while championship leader Sebastien Ogier was a subdued sixth over a minute off the pace.

The fierce battle for the lead resumed in earnest on the opening stage of the day, which was won by Evans, who reported his feeling was “even better” than Friday.

The Welshman was the most confident of his rivals on the slippery gravel, posting a time that was 0.2s faster than overnight rally leader Breen.

The Irishman, in what is expected to be his last outing in the third Hyundai this season, felt he lost between five and eight seconds in the stage through hesitation.

“I just need to keep the balls on the dash and keep going,” said Breen, who took his maiden WRC podium with third for Citroen in 2016. “It was a nice run I really enjoyed it. The race is on.” 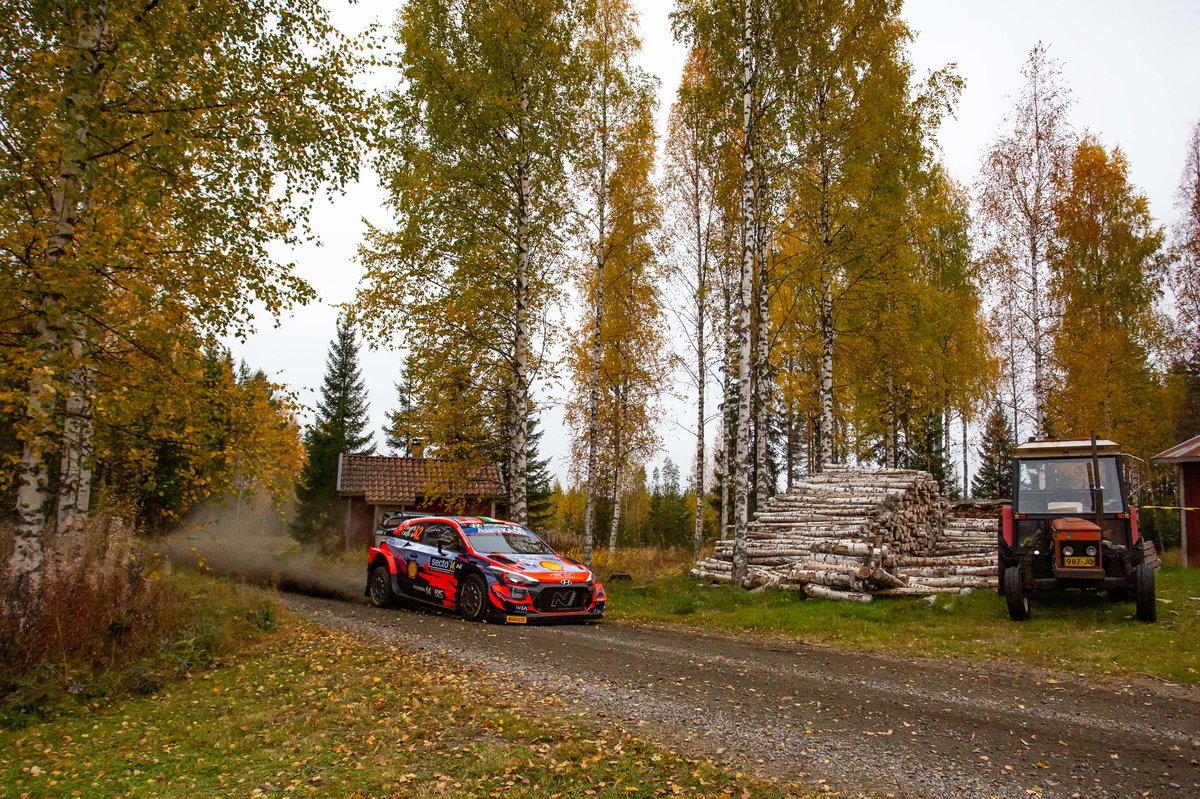 Tanak was among a group of drivers struggling with confidence to push flat out, as he dropped 1.4s to Evans.

Rovanpera fared worse, losing 4.6s, but he did manage to beat 2017 Finland winner Lappi to claim fourth overall - albeit further back from the lead compared to Friday night.

"It was a clean run, but am not fully happy with the car and myself also,” said Rovanpera. “It's more difficult than it should be - I cannot be as precise as I want."

Neuville responded from a poor end to Friday to finish the stage fourth fastest.

The rally changed complexion on the next stage as Evans jumped from third to the lead following his best drive of the event so far. He blitzed Stage 8, winning the test by 4.2s from Tanak, but crucially took 6.2s out of Breen to open up a 0.9s overall lead.

"Elfyn has done a real blinder in there,” said Breen. “I struggled a bit with grip, but that's an amazing time.”

Neuville’s resurgence continued to clock a time faster than Rovanpera, as the latter continued to drop even further back from the lead.

“I knew this stage was going to be difficult and I cannot do anything more,” said Rovanpera. “I am just trying to survive on the road - I'm sliding so much and I just don't have the grip to do anything else.”

Worse was to befall Rovanpera’s team-mate Katsuta, who retired after clipping a tree on the stage. The impact damaged the right rear of the Yaris and fired him into the undergrowth, where he became stranded. 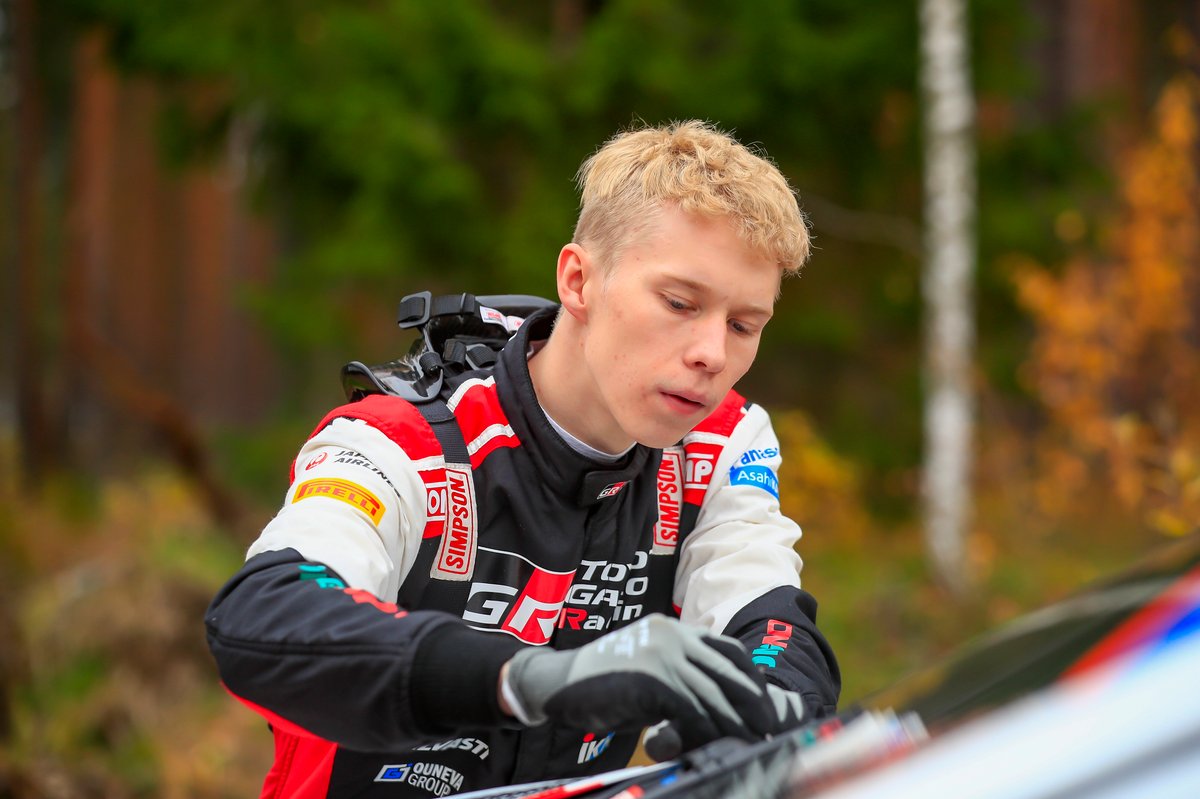 Evans continued his streak of stage wins on the penultimate test of the morning to further extend his overall advantage over Breen.

This time the Toyota driver’s nearest rival was Rovanpera, who ended the stage only 1.6s shy.

Evans completed his dominant display by winning the final test by 1.6s from Breen, while Tanak was 3.7s further back.

Rovanpera's crash allowed Lappi, the sole remaining Finn, to climb to fourth on the overall leaderboard.

Rally Finland continues on Saturday afternoon with a second pass through the morning stages followed by a repeat of Friday’s opening stage under lights.