Kalle Rovanpera says he wasn’t feeling the pressure of being labelled the Rally Finland pre-event favourite before a mistake that ended hopes of a home World Rally Championship win prematurely.

The Toyota driver headed to Finland in a rich run of form after scoring a maiden win at Estonia in July followed by a podium in Belgium, and a victory last time out at the Acropolis Rally.

However, the Finn had struggled with car set-up for his first WRC attempt at Rally Finland and was unable match the outright pace of the Hyundais of Ott Tanak and Craig Breen, and Toyota’s Elfyn Evans.

Sitting fourth overall but still in the mix, Rovanpera’s rally came to an abrupt end on Stage 10 when he lost the rear of his Yaris. In the process of trying to correct the tankslapper the car ploughed into a pile of sand that was protecting a telegraph pole, causing significant damage to the front of the Toyota.

Rovanpera and co-driver Jonne Halttunen were uninjured in the impact but it is unclear if the car will be repaired intime to rejoin the rally on Sunday.

“It was just a really simple corner, the left one, we went in and the cut pulled us really sideways and I had only two options, try to save it or pray it would spin into the inside trees,” said Rovanpera, who turned 21-years-old on Friday.

“I tried to save it but we didn’t have enough space to do it and we went to the other side where the sand pile was.

“I think the [telegraph] pole would have broken down [if the sand was not there and we hit that] and maybe not such big damage, but anyway it is not a good situation to be in. 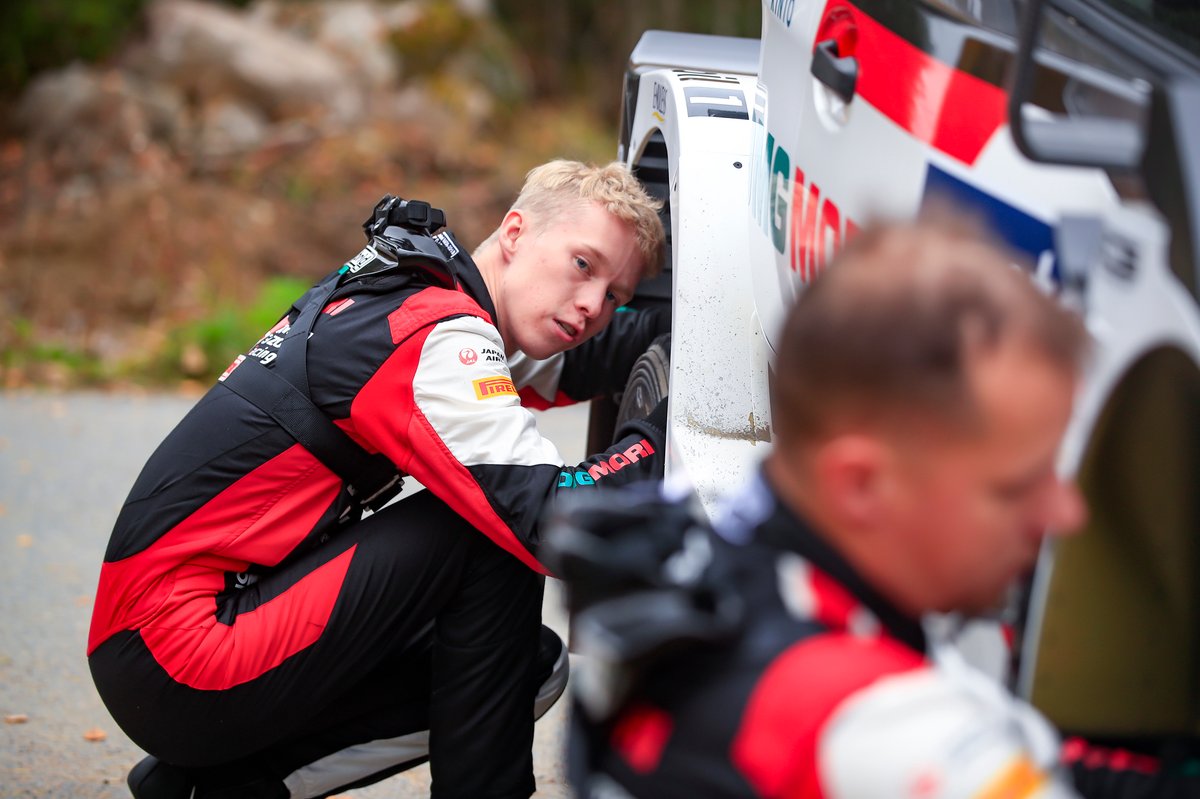 Asked if he felt the weight of the pressure as the pre-event favourite, he added: “Actually I didn’t feel it [the pressure] so much.

“I felt quite good all weekend but of course the driving was not so good with the car. The feeling was not easy and we had to push a lot all of the time.”

Toyota boss Jari-Matti Latvala is confident Rovanpera will bounce back from the disappointment and be in a much stronger position when he returns to Rally Finland next year.

“We have to remember that he was here in a world rally car for the first time at Rally Finland and experience is something you can’t buy,” said Latvala.

“Although he won at Acropolis, the rally had not been driven for eight years and now in Finland the guys he is fighting with have done this event many times.

“I’m sure he will be much stronger and ready to fight for the victory next year.”