After five consecutive rounds on gravel, the World Rally Championship returned to asphalt for what proved to be an attritional Ypres Rally Belgium. Autosport reviews the highs, lows, turning points, close calls and heartbreak from an event finally conquered by Hyundai’s Ott Tanak

For the second consecutive rally, Hyundai’s Ott Tanak and co-driver Martin Jarveoja deserve the Top Performer Award after coming through a particularly challenging Ypres Rally Belgium to claim their third victory of 2022.

Ypres’ tricky narrow tarmac roads can catch out the best of drivers, as championship leader Kalle Rovanpera and 2021 winner Thierry Neuville proved by crashing out of the lead during the event. While Tanak may have inherited the rally lead, he showed blistering pace at times on a surface that isn’t perhaps his favourite, and displayed resilience to avoid Ypres' pitfalls.

Tanak managed to stay in touch with team-mate Neuville through Saturday despite a transmission issue that left the 2019 world champion with an inconsistent four-wheel-drive system on his i20 N, which again proved a difficult car to handle. The Estonian also successfully fended off a late charge from Toyota’s Elfyn Evans to seal an unlikely win by five seconds over the Welshman.

This was Tanak’s second consecutive win, after his against-the-odds triumph in Finland, and his third of the season after winning in Sardinia in June. Once again, the win came as a surprise to Tanak, who hinted that the success was more down to him than the progress Hyundai has made with the i20 N.

When asked if he could have imagined a win before the weekend, he said: “No, not really, because our pre-event test was not really great so we didn't have a great confidence before the rally. But during the rally, we were able to pull it together.

“A lot of things were happening around us with other people and we kept it together. It was not coming by pure performance you know, it was quite a job.”

While the title appears out of reach now, it’s pertinent to note that if the season had started in Sardinia, Rovanpera’s lead over Tanak would be only three points. The Tanak of old appears to be back and delivering his very best. 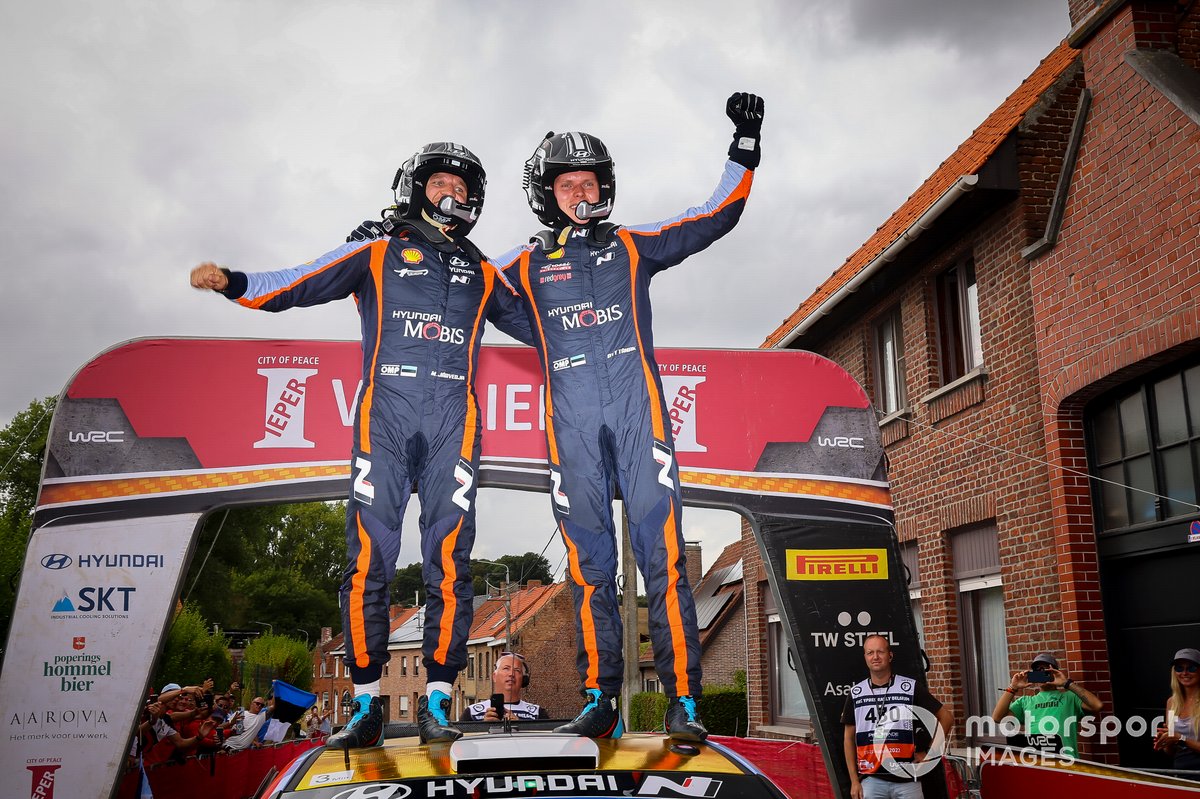 Tanak won his second rally on the trot, his third of the year, to consolidate second in the standings

Oliver Solberg’s previous WRC outing in Finland ended with the Swede rolling his i20 N at the first corner of Stage 2, ending his rally before it had barely begun.

The accident left the 20-year-old in tears as the mental tolls of a difficult rookie season took hold. To bounce back from that by delivering a faultless drive to secure fourth, a career-best WRC finish, was exactly the turnaround Solberg needed. He drove smartly where others faulted to bring home a decent haul of points and a morale-lifting result.

Takamoto Katsuta’s 2021 Ypres Rally ended in a huge accident that forced officials to throw the red flags. On his return to treacherous tarmac roads, the Japanese driver produced an impressive display to finish fifth.He could have finished higher had his Toyota GR Yaris avoided a gearbox problem that cost him several minutes on Friday morning. But, after Rovanpera’s crash, Katsuta is now the only Rally1 driver to finish every round in the points.

Elsewhere, former Formula 1 driver Jos Verstappen turned heads on his WRC debut in what was the fifth rally of his fledgling career. The 50-year-old, who clocked up 106 F1 starts between 1994 and 2003, ran as high as 25th overall and led the Masters Cup class from 11-time record Ypres winner Freddy Loix before running off the road during Stage 13. The Dutchman finished the rally in 60th overall and earned praise from WRC team bosses for his performance. 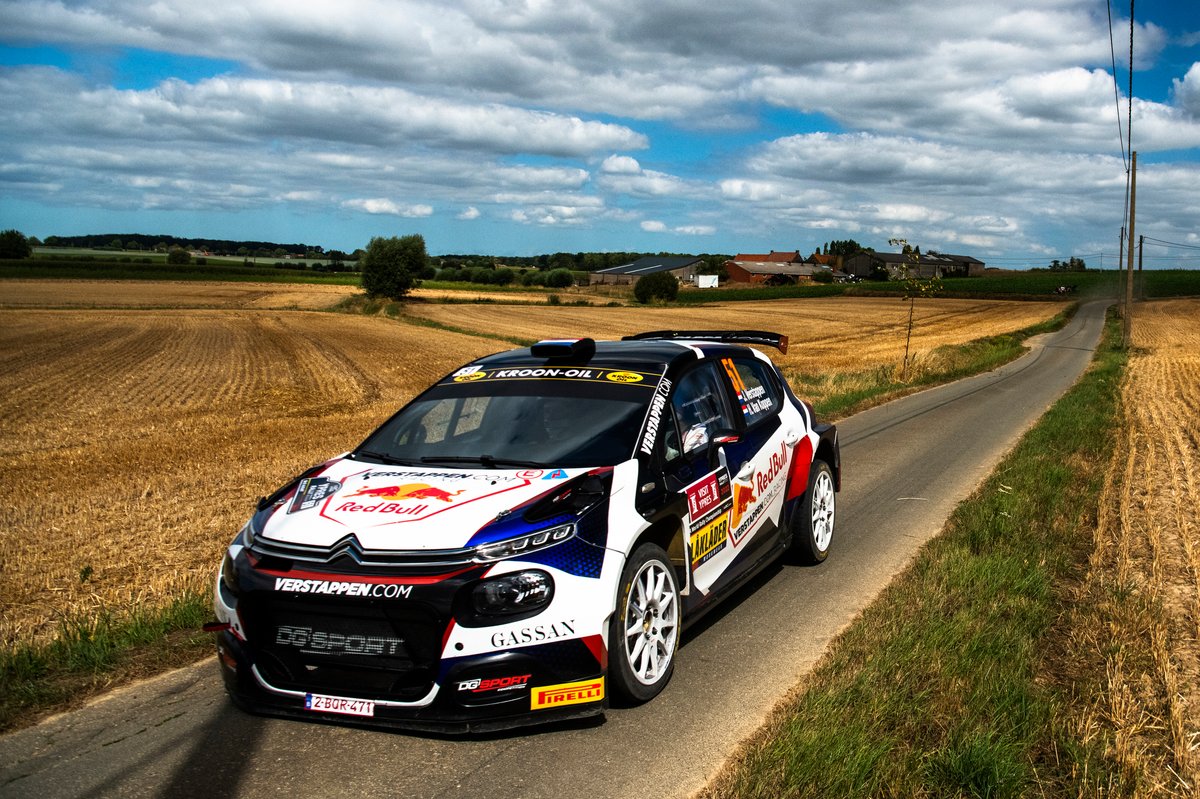 Verstappen made a good impression in his Rally2 Citroen C3 despite falling off the road on Saturday, going on to finish 60th in the overall classification

All three WRC Rally1 teams encountered problems during the rally, in the form of reliability issues or driver errors.

Hyundai clearly showed that, in the right hands, its i20 N clearly has the pace to worry to Toyota but again Ott Tanak again had to overcome a transmission issue to win the event.

However, there was one moment of inspirational teamwork that earns Toyota the Team of the Week Award. After Rovanpera’s surprise exit, courtesy of a huge crash in Stage 2, the Japanese squad faced a huge task to repair the GR Yaris to allow its championship leader to return on Saturday.

Under the regulations, the team were given four hours to repair the car and somehow pulled it off working late into Friday night. The chassis, fuel tank and engine were the only areas of the car untouched. Rovanpera went on to win Saturday morning’s first stage before going on to salvage five bonus points after clinching the rally-ending powerstage.

Rovanpera’s recovery came on top of Toyota managing to get three cars to finish inside the top five. Evans finished second ahead of Esapekka Lappi in third, with Katsuta in fifth.

The Hyundai driver had built up a 17.2s lead over Tanak, but was caught out by a slow and dusty left-hander that caused him to understeer into one of Ypres’ famous ditches. Spectators managed to pull the car out, but damage to the front-right corner forced Neuville into an agonising retirement.

M-Sport’s Craig Breen returned to a happy hunting ground that has yielded a win and a second-place finish in the last two editions of the rally.

However, the event proved to be another one to forget as the Irishman suffered a frightening roll during Stage 10, while holding fifth position. Fortunately, Breen and co-driver Paul Nagle emerged unscathed. The pair had been ahead on the splits during the stage before the costly error.

M-Sport’s disappointing weekend was compounded by Adrien Fourmaux’s wild crash on the rally’s penultimate stage. The Frenchman was sitting a comfortable fifth and was set to deliver a glimmer of hope for the British squad after its difficult rally when he ran into a ditch and almost flipped his Ford Puma. It marked Fourmaux’s fifth retirement of the season.

Championship leaders Kalle Rovanpera and Jonne Halttunen were lucky to emerge from a heavy crash without injury on Stage 2. The pair were held up at the start by a timing error that left both driver and co-driver agitated.

While Rovanpera says the issue didn’t affect his concentration, the unflappable Finn made the first costly error of his so far faultless championship campaign when he ran wide into a ditch, which catapulted his GR Yaris into a series of barrel rolls. 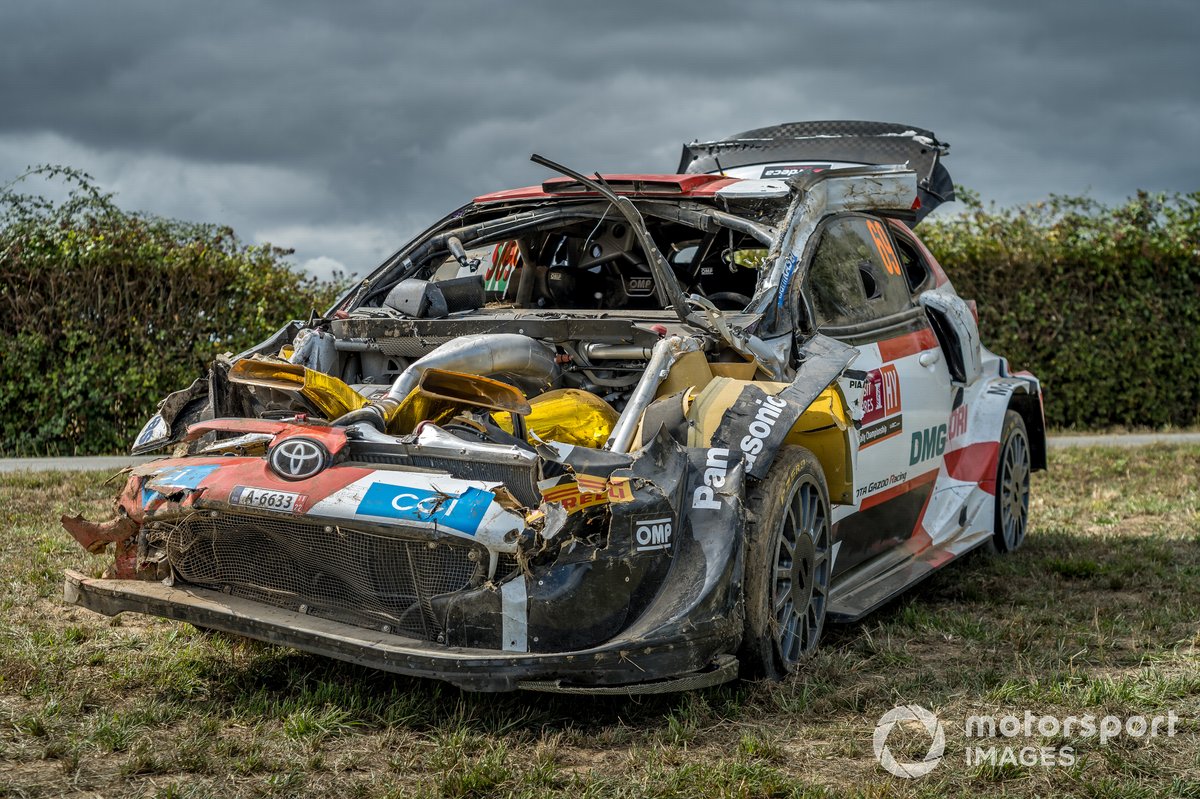 WRC drivers paid tribute to the fallen from World War 1 at Ypres' Menin Gate memorial before the start of the rally. It produced one of the most powerful images from the event.

Ypres also provided arguably the most picturesque service park of the season. 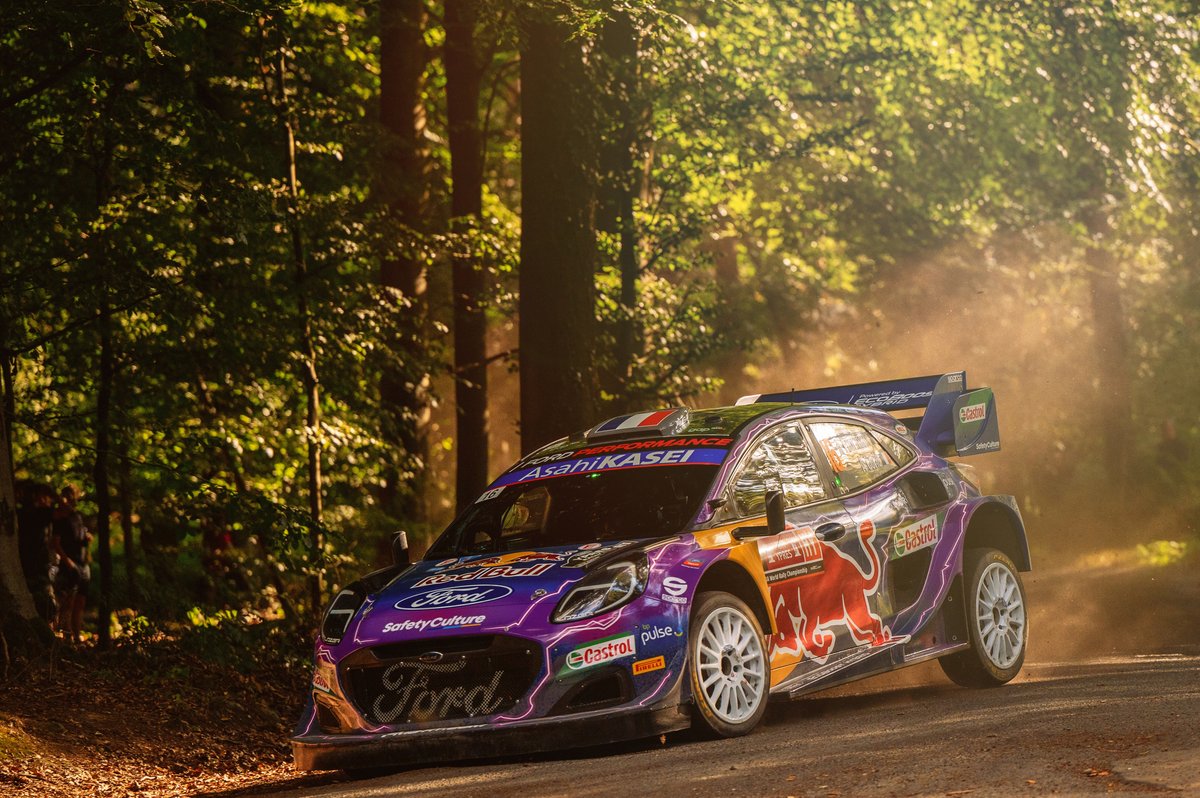 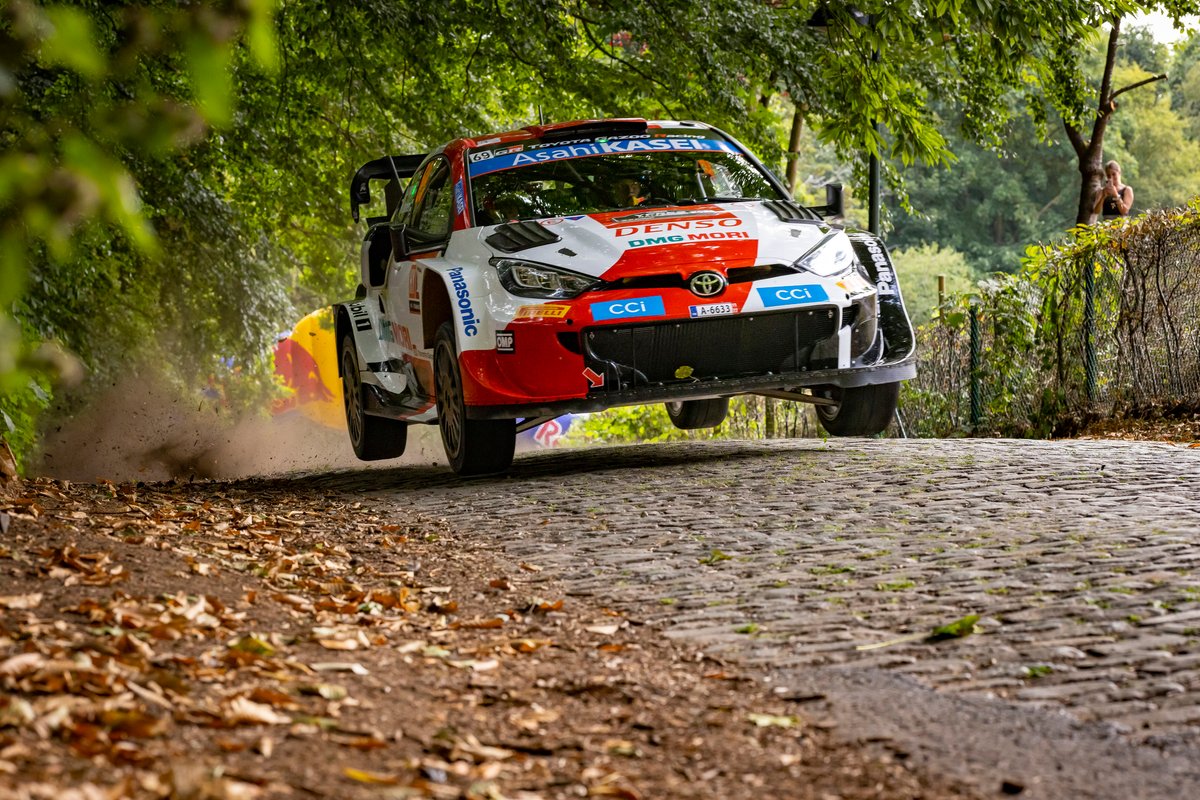 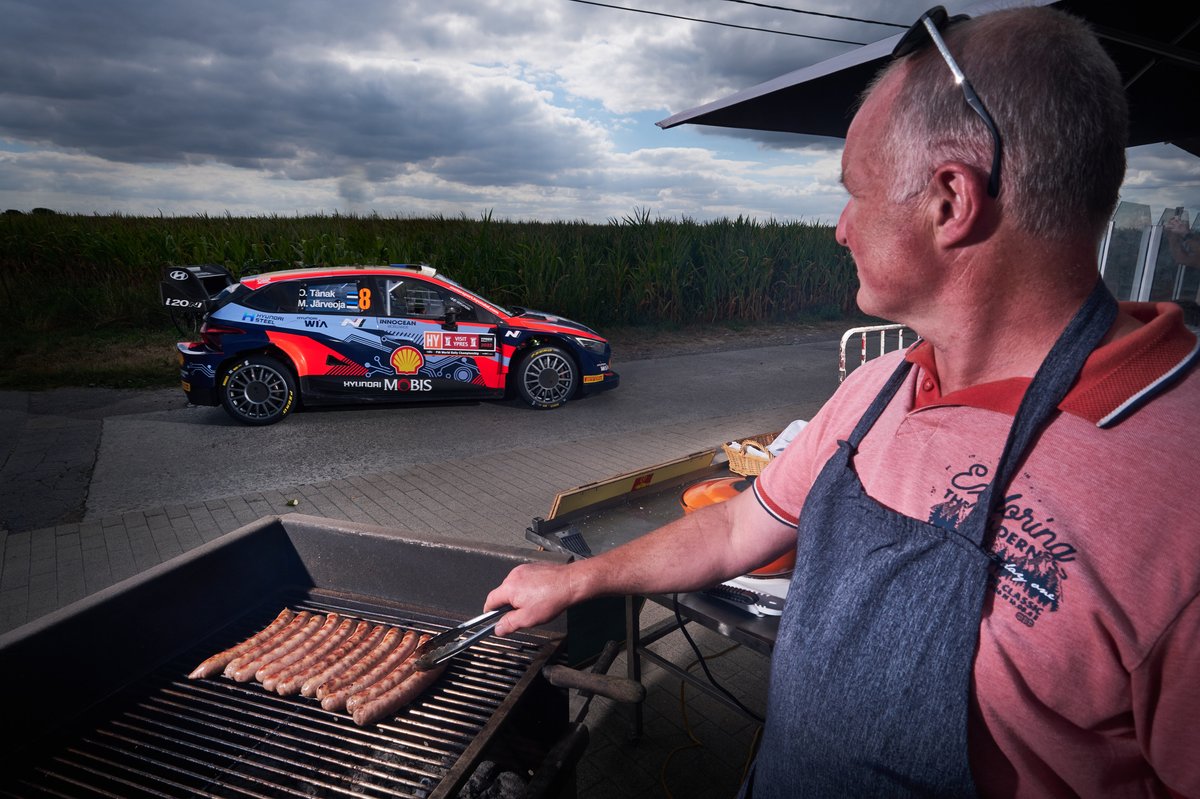 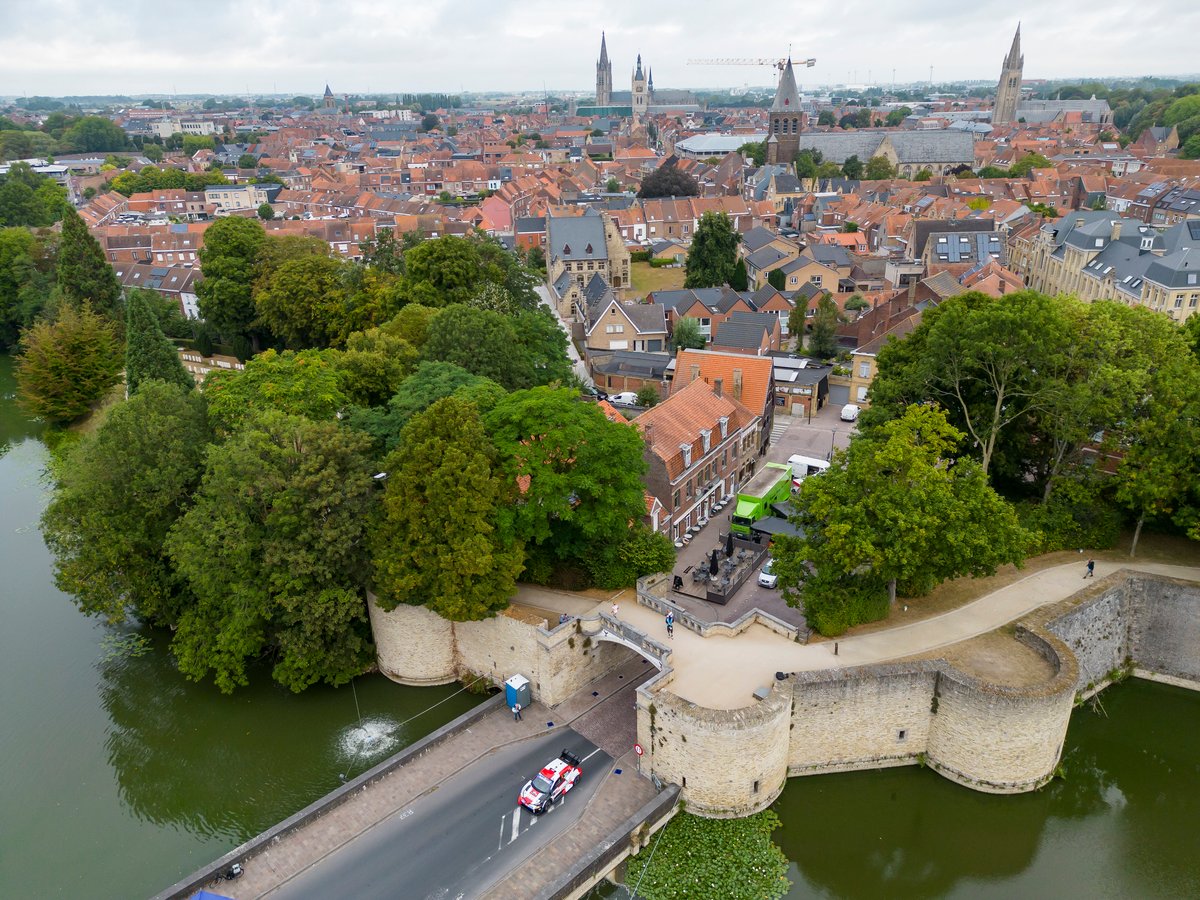 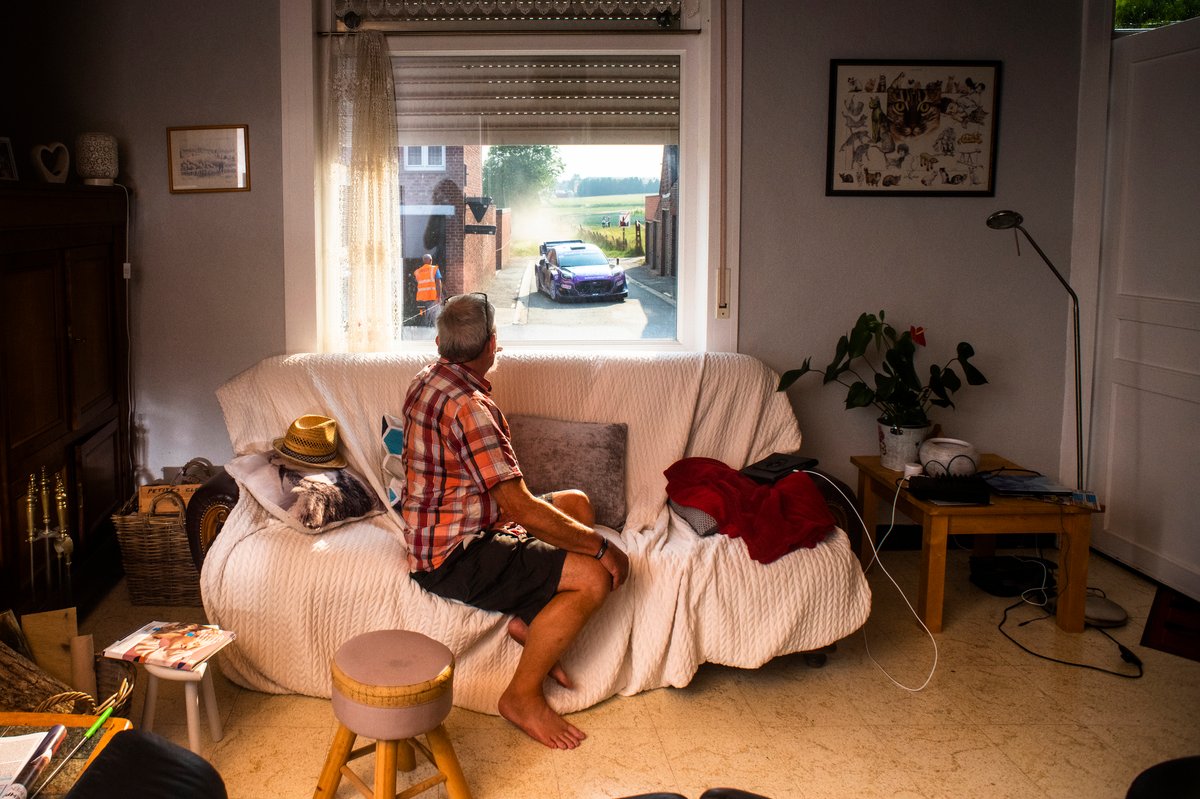