Heavy rain in the lead up to the Acropolis Rally’s World Rally Championship return has made stages “slippery like hell” and a tricky rally “even more difficult”, says Hyundai boss Andrea Adamo.

Unseasonal heavy rain threw a curveball to WRC crews this week with the conditions delaying the recce, while heavy fog and slippery mud made producing all-new pace notes a difficult process.

With many of the crews new to the event, given it last featured on the WRC calendar in 2013, the voyage into the unknown has been made increasingly difficult.

Usually the Acropolis Rally is known for its dry and rough gravel stages, but the weather has made the surface much softer, with mud described as “like ice” decreasing grip levels.

Hyundai, Toyota and M-Sport Ford completed pre-event tests in dry conditions with that information likely to only be useful if the stages dry out across the weekend. Forecasts suggest the weather will improve as the weekend progresses.

While Hyundai boss Adamo says he’s not worried about roughness of the stages playing havoc with his i20s, as seen in previous gravel rallies, the new damp conditions are a concern.

“Listen I'm not worried. We will prepare the rally in the way we normally do,” Adamo told Autosport.

“We did three good days of testing, we are improving many things. We are focused and we are here and we know the rally will be really tough as the heavy rain has softened the roads and this mud is slippery like hell.

“I think there will be deeper ruts. The rally was difficult and now it will be even more difficult.” 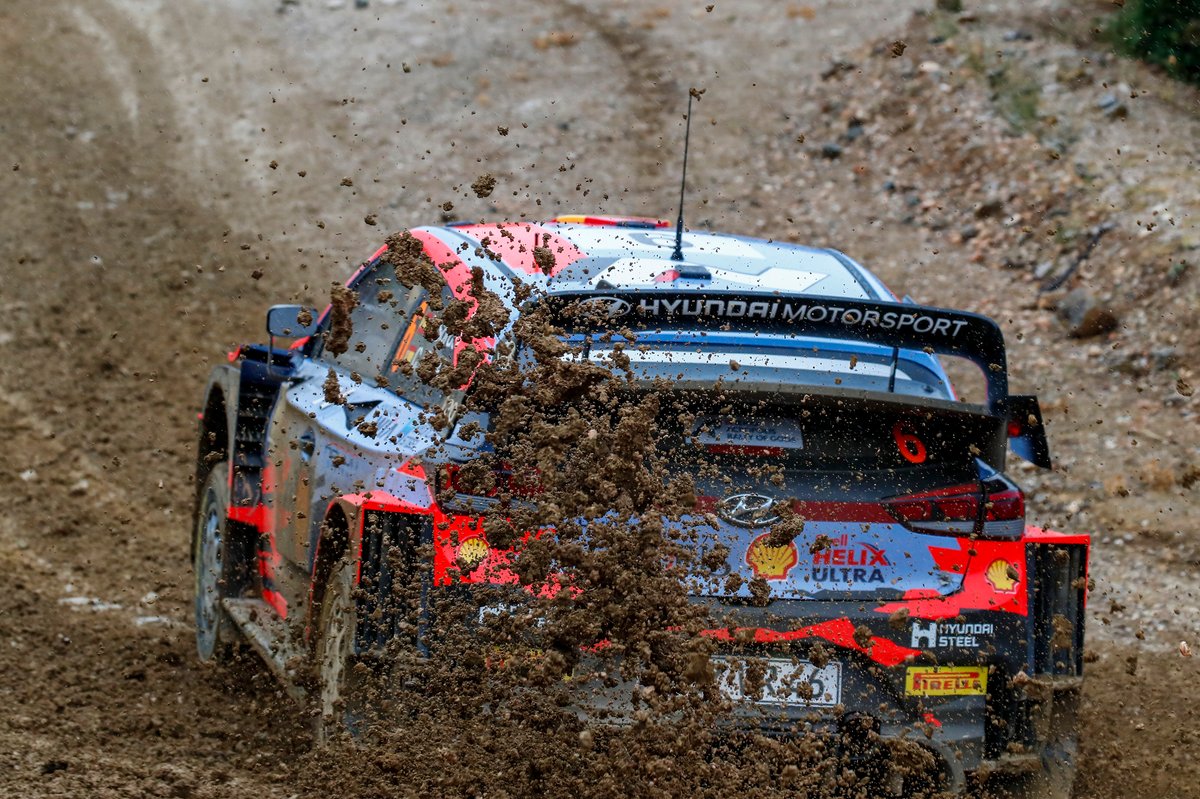 Winner last time out at Rally Ypres, Thierry Neuville concurred with his tam boss and believes the event will be more of an endurance than a sprint considering the unknowns provided by the wet weather.

“The approach needs to be careful because it is going to be really tricky out there and the risk of punctures is going to higher than anything else even in the dry, and in the wet there is the risk of slipping off the road because the road is really really slippery,” said Neuville.

“The mud is like pate, it is a really sticky mud you just can’t do anything when you get on top of this, so that is why I see the race as an end to end race [rather] than a sprint race.”

Championship leader Sebastien Ogier revealed that it was difficult to control the car in the recce when navigating the wet stages earlier this week.

“In these countries which are not used to having rain, the ground is extremely slippery and some sections have absolutely no grip in recce and you come with no speed and you lose the car already,” said Ogier.

“For sure if it humid or there is more rain coming in the race, I believe it is going to be more difficult because it is not so easy to read the grip.

“On Saturday there is a section in the mountains at quite high altitude so it might not dry out everywhere. It is not the race we were expecting but that is rally and we will have to deal with it.”

Speaking after this morning’s shakedown, held on wet gravel and won by Toyota’s Kalle Rovanpera, team-mate Elfyn Evans admitted the conditions were "quite different" to the norm.

“The recce was difficult and everybody is more or less writing new notes and when you have the fog that makes things very difficult and the mud makes it difficult to get a feel and write accurate notes,” said Evans.

“It was quite different in shakedown let’s say that. I don’t think every stage will be so far away from what we tested, but I think there will be some stages that will be very different.”

The Acropolis Rally begins this afternoon with a super special stage in Athens, starting at 1600 BST.