Tanak's dominant first WRC win for Toyota on Rally Argentina last weekend closed to him to within 28 points of championship leader Sebastien Ogier and 18 of second-placed Thierry Neuville.

Toyota's other drivers Esapekka Lappi and Jari-Matti Latvala are back in seventh and eighth in the standings after difficult starts to 2018.

But Makinen is not keen on dictating finishing positions.

"Personally, my feeling is to let the drivers do their own rallies," he told Autosport.

"It's important to bring two of the cars home in the best possible position for the championship, but it's too early to be thinking about [team orders].

"I would like to keep the drivers doing their own thing."

He is particularly reluctant to ask Latvala and Lappi to play subservient roles on their home round in Finland in July. Last year both led and Lappi took his maiden WRC win in only his fourth top-class start.

"Can you imagine in Finland, if I talked to them [about team orders]?" Makinen added.

"It would make them very worried if I was telling them to slow down in Finland!" 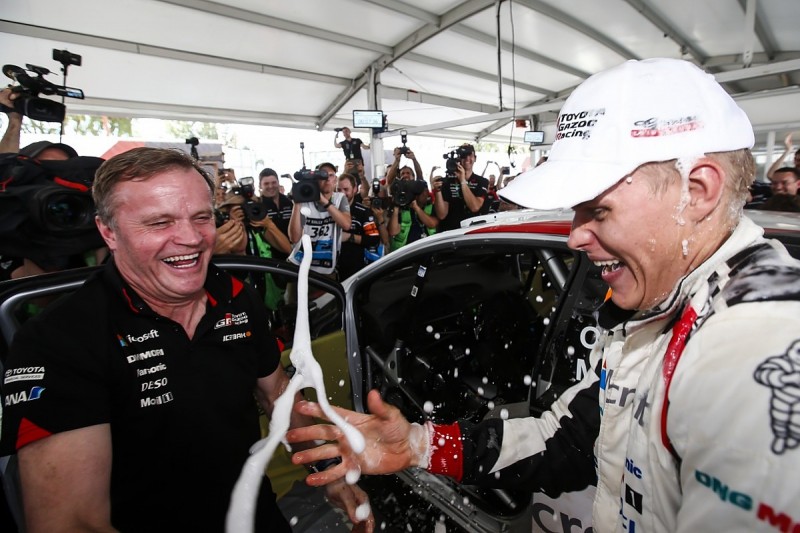 "I fight for myself," he said.

"We are still so early in the championship, it's not about that.

"We are very open in the team, everybody can have what they want in the team, for me there is no first, second or third driver.

"We will focus on our job and Jari-Matti must focus on his job."

Latvala was extremely frustrated to retire early in Argentina, when he broke his car's suspension on a rock on Friday morning while running ahead of Tanak.

Makinen urged Latvala to quickly move on, but said he had already coped with it better than he had with his final-stage crash from second in the 2017 finale.

"We can forget it quickly, but we try to support Jari-Matti to make sure that he forgets it quickly as well," said the team boss.

"We need him to go forward to the next rally.

"It was a big, big disappointment, but for him personally it wasn't so big as Australia - he dealt with this better."